Finally, the people get what they want. You guys wanted a slightly curved screen, right? 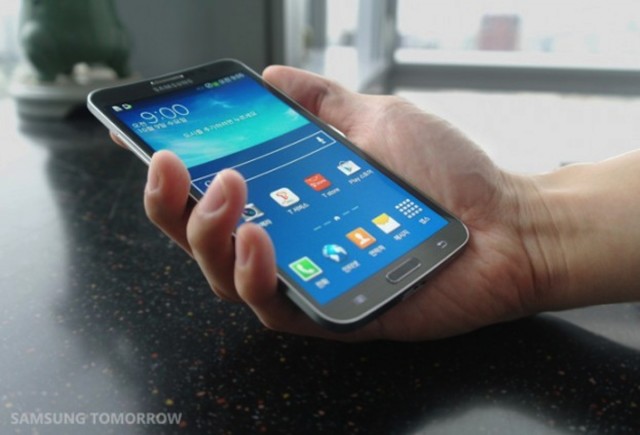 Samsung is releasing a brand new phone with a curved display, the Galaxy Round, in South Korea. They seem very excited about the concept of “Round Interaction,” which is definitely a thing to be excited about and absolutely not a useless gimmick.

So, what features can you expect this new technology of roundness to bring to your smart phone experience? The big draw so far seems to be that you can use it to check the time and notifications while the phone is laying face up on a flat surface, as long as you’re not into your phone enough to have a case with a screen cover.

Yes, you too can experience the magic of gingerly pressing your fingers down on the edge of your phone to wake it. This will cause the phone to do amazing things like wake up and show your notifications and battery life. Never before has it been so simple. Well, unless you count pressing a button as simple, but don’t be absurd.

If it shortened the time to wake your phone, the draw of the round screen would be obvious, but it doesn’t appear any faster than just pressing your unlock button.

Samsung also promises that changing between home screens will be a smoother experience, and they’ve built in new tilt based interactions for music and photos. Good thing the phone is round to accommodate these gestures. I can’t imagine trying to tilt my current phone without placing it on a table. What a pain it is to actually hold the thing.

To be fair, the phone’s specs, aside from the main gimmick, are in line with what you’d expect from a new phone. They really should be, coming in at a retail price of around $1,000. It’s just difficult not to get the sense that Samsung is throwing whatever they can think of at a new phone and hoping it sticks. That’s not always a bad thing, but other times it certainly is.

(via The Verge, image via Samsung Tomorrow)