Hello, 1984: Samsung Is Literally Warning Customers That Their TVs Listen in on Personal Conversations

You're about 30 years late, Samsung. 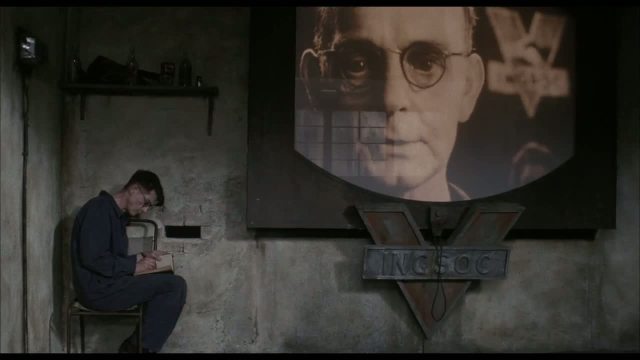 Samsung’s privacy policy for their new voice recognition feature literally warns customers that they should watch what they say in front of their TVs:

Please be aware that if your spoken words include personal or other sensitive information, that information will be among the data captured and transmitted to a third party through your use of Voice Recognition.

After Twitter users became concerned that their TVs would judge them ungoodthinkful,

Samsung clarified that the third party was just used for speech to text translation, according to BBC News. “If a consumer consents and uses the voice recognition feature, voice data is provided to a third party during a requested voice command search. At that time, the voice data is sent to a server, which searches for the requested content then returns the desired content to the TV,” the company clarified, adding that the audio wasn’t retained for any future use.

For its part, Samsung was right to put the warning in instead of not warning people their personal conversations were being monitored, but they might have avoided this mess by making a bigger deal out of it than one sentence shoved in a privacy policy they know no one reads. Not to mention that warning’s complete lack of detail on how the data is kept secure and the exact way in which it’s used and the fact that Samsung still hasn’t specified which third party is actually receiving the data. I’m sure customers would like to hear assurances from that company on the security of the data before activating the telescreen mode on their TV, as well.

The idiot box has gotten too smart for its own good.