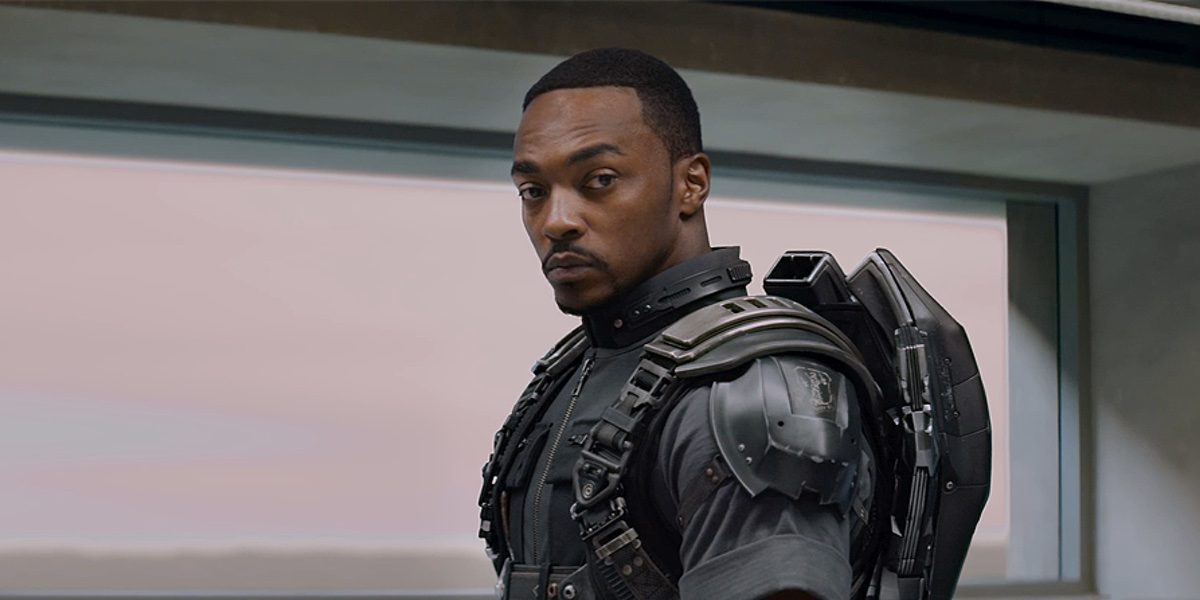 It makes sense that there were no other Avengers in Spider-Man: Far From Home, but we could have had the debut of Anthony Mackie’s Captain America, and I feel like it’s a disservice to us all that we did not. Well, not really. Far From Home is maybe a perfect movie. (Our review will be out soon!) Kevin Feige, who has decided to round out Marvel’s Phase 3 with Spidey’s latest adventure, felt like maybe this movie needed to be completely Peter’s after all and not include the other Avengers.

But still, when are we going to see Sam Wilson take on the mantle seriously? When asked about why he wasn’t involved in Far From Home, creative executive Eric Carroll told ComicBook.com that Feige seriously considered him being in Peter’s movie.

“We briefly talked about bringing in Falcon as Captain America at the end, like maybe once Peter’s arced, and he’s sort of like leading the team. But we also thought it was really important to the arc of this movie that there not be other Avengers available to Nick Fury or Peter, so he’d have to step up and do it himself.”

I mean, to be honest, I sat in the theater and waited for Sam Wilson to come out in the Captain America outfit like Steve Rogers did in Spider-Man: Homecoming, and when it didn’t happen, I was fine because I had about a million other things to scream about. Still, when are we going to get Sam as Cap, though?

The Falcon and the Winter Soldier is on the horizon, but we don’t know when it takes place and whether Sam Wilson is going to be the Falcon or Captain America. I’m assuming that since the show is called “The Falcon” that we’re not going to have Sam Wilson representing the red, white, and blue of Captain America, right?

If not, is Marvel trying to hold on to whatever bit of Mackie’s contract is left to get the best use out of him as Captain America? The long and confusing battle of Marvel stars and their contracts has always confused me because it was never made clear whether cameos count or if they’re paid separately for them, and so we don’t know how Mackie’s Cap could be featured unless it’s a solo Captain America film. And since we have literally no idea what is coming in Marvel’s Phase 4 (with the exception of Black Widow), who really knows when Sam Wilson will make his mark?

Maybe we’ll see a glimpse in The Falcon and the Winter Soldier, or maybe there will be some other way to let Sam have his moment to shine. Whenever it ends up being, as at least know that it isn’t in Spider-Man: Far From Home.