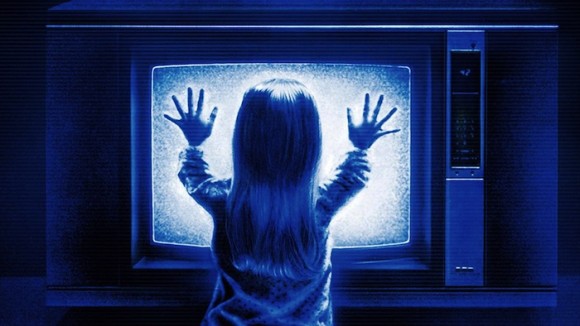 Ahhh, le sigh. Another horror remake. But, what’s this you say? It’s Poltergeist? And Sam Raimi is attached? Well, I guess if it has to be a remake, then a Poltergeist remake with Sam Raimi isn’t all that bad. Except he’s not directing, only producing. Oh. Hmmm. Okay, I’ll bite. Let’s find out more about this Sam Raimi-produced Poltergeist remake.

Since Hollywood is in the business of remakes these days, and since there is no avoiding them (making it even less worth it to complain about it), then Poltergeist is not actually too bad a choice for a remake. Except for the urban legend that the movie and its sequels are “cursed” — many of its actors met early deaths, including Dominique Dunne, who was murdered by her abusive boyfriend, and Heather O’Rourke, who died of medical complications when she was just 12. But those weird theories aside, Poltergeist (originally directed by another horror staple, Tobe Hooper and produced by Steven Spielberg) has a story that is easy and interesting to tell: a family lives in a house that is taken over by ghosts, their young daughter is taken by said ghosts, they can hear her in their TV set, and they eventually find out they’ve been living on top of a graveyard the whole time. Fun, spooky stuff!

While it’s a little disappointing that Raimi won’t be following up his upcoming Oz: The Great and Powerful with another return to the horror genre, he is a busy guy these days, so we can’t entirely blame him for handing the reins to someone else. As of right now, there is no director at the helm, but there is a writer who may give us even more to be excited about in addition to Raimi’s involvement. David Lindsay-Abaire, who has been working with Raimi as the screenwriter of Oz, will be writing the new Poltergeist screenplay, and he is no stranger to death-related stories concerning children; he wrote the original stage play Rabbit Hole, which won a Pulitzer Prize and was adapted into a movie with Nicole Kidman and Aaron Eckhart. While the “child-in-peril” story of Rabbit Hole is very different than Poltergeist, Lindsay-Abaire sure knows how to touch on parents trying to deal with uncontrollable feelings and circumstances.

Raimi will produce with frequent partner Rob Tapert, as well as Nathan Kahane and Roy Lee. No word on any possible stars or a release date, but Oz: The Great and Powerful opens March 8, 2013.