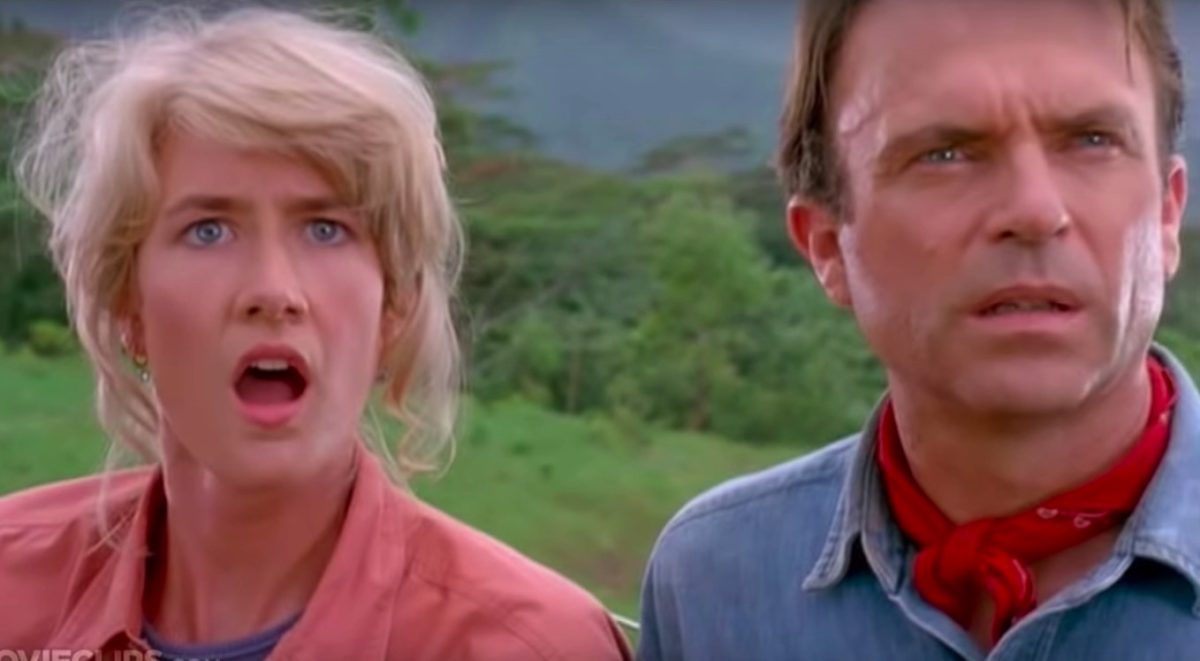 Every Fourth of July, I watch Jurassic Park. It’s become my personal film to celebrate this country (don’t ask). So, I am shocked, happy, and excited about Jurassic World: Dominion, because it means the return of Dr. Alan Grant, Dr. Ellie Sattler, and Dr. Ian Maclolm. But, somewhere in the back of my mind, my fear of their roles being moment like Jeff Goldblum’s in Jurassic World: Fallen Kingdom hasn’t left my mind.

In that movie, Malcolm talks to a panel about the dangers of these dinosaurs and his time at the original park on Isla Nublar. (In The Lost World: Jurassic Park, Malcolm would go back to save Dr. Sarah Harding and then save San Diego from a T-Rex, but let’s not get into that right now.)

So, my fear with Laura Dern, Sam Neill, and Jeff Goldblum returning for Jurassic World: Dominion has been that they’re just going to be a brief cameo (much like Dern was in Jurassic Park III). I’ve waited (truthfully) since 1993 to see the three together again, and not just in separate movies. So, Dominion bringing all three together would have been exciting even if it were just a cameo.

But luckily for me, that doesn’t seem to be the case. In an interview with Yahoo Movies UK, Sam Neill has revealed that they’re going to be more than just “cameos” in the latest film.

“We’re all the way through the film, Jeff, and me, and Laura,” Neill said, joking that he “probably won’t be running quite as fast as I was 27 years ago!” but I’m more interested in the fact that they’re going to be in the whole movie. Granted, I know that doesn’t mean they’re going to be featured as heavily as the original, but still, having Grant, Sattler, and Malcolm back onscreen together is … almost enough for me.

Neill also revealed that everyone is staying together while shooting during the pandemic, saying, “We’re all going to be living in the same joint for three or four months, so that’s going to be fun. And everybody loves Chris and Bryce as well, so I think we’ll be a very happy bunch.”

I would like to thank the powers that be for this movie that is, maybe, specifically for me, because not only is the original group coming back, but there have also been rumors that Joe Mazzello could come back as Timmy (even though Mazzello said that no one has asked him back), and if we get the entire crew together once more with Jake Johnson returning as Lowrey, I’ll be a happy camper. All I need is Ty Simpkins (a.k.a. Harley Keener in Iron Man 3 and Gray in Jurassic World) to come back as well, and then I really will think someone is making Jurassic World: Dominion for me and me alone.

So, whatever Jurassic World: Dominion ends up being, I’ll be okay with it, because I love me some dinosaurs, and anything with Dr. Alan Grant, Dr. Ellie Sattler, and Dr. Ian Malcolm is a movie for me.