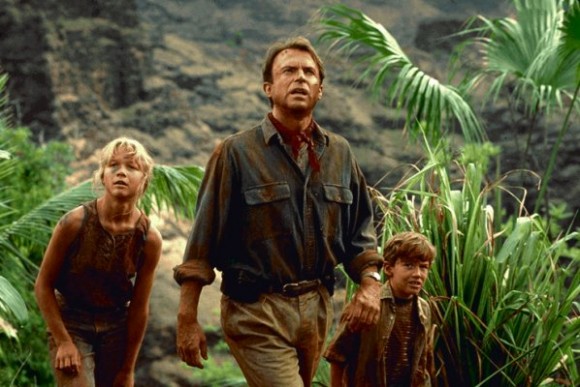 Dr. Alan Grant himself, Sam Neill, was promoting his new series Alcatraz this weekend and put to rest any rumors that there would be another Jurassic Park movie. While a fourth movie had been seriously discussed going back to 2002, when Steven Spielberg was talking about producing and Neill was set to reprise his iconic role, production never got anywhere and it remained in “development hell.” But now, Neill is making the obvious very clear: the people who made Jurassic Park so great just aren’t with us anymore.

“I think we’ve told the story. I think it’s done … Stan Winston who made those beautiful dinosaurs died. So, no Stan, no Jurassic Park really … [and author Michael] Crichton died too … I’ll tell you what. If Michael Crichton time travels, writes the book [and] Stan time travels, [and] reanimates dinosaurs, then absolutely.”

Which would be amazing, but unfortunately, we have not developed the technology to make science fiction come true yet. Make all the morbid “get their DNA” comments that you want, but that … is something out of a Michael Crichton novel.

Apparently, a script had been written for Jurassic Park IV, and the Joe Johnston (who directed the third movie) said that he’d get right on it after he was done with Captain America.
That was as recent as last January, when he implied that there might even be a new trilogy lined up. As far as the actors, Neill, Laura Dern, Jeff Goldblum, and Richard Attenborough had all been in discussions to return, but clearly, that was as far as that went.

If you’d like to see Sam Neill do and impression of a velociraptor (at :55) and inform Alcatraz costar Jorge Garcia that Crichton can’t write another “dinosaur book,” here is that video.

(MTV via Shock Till You Drop)