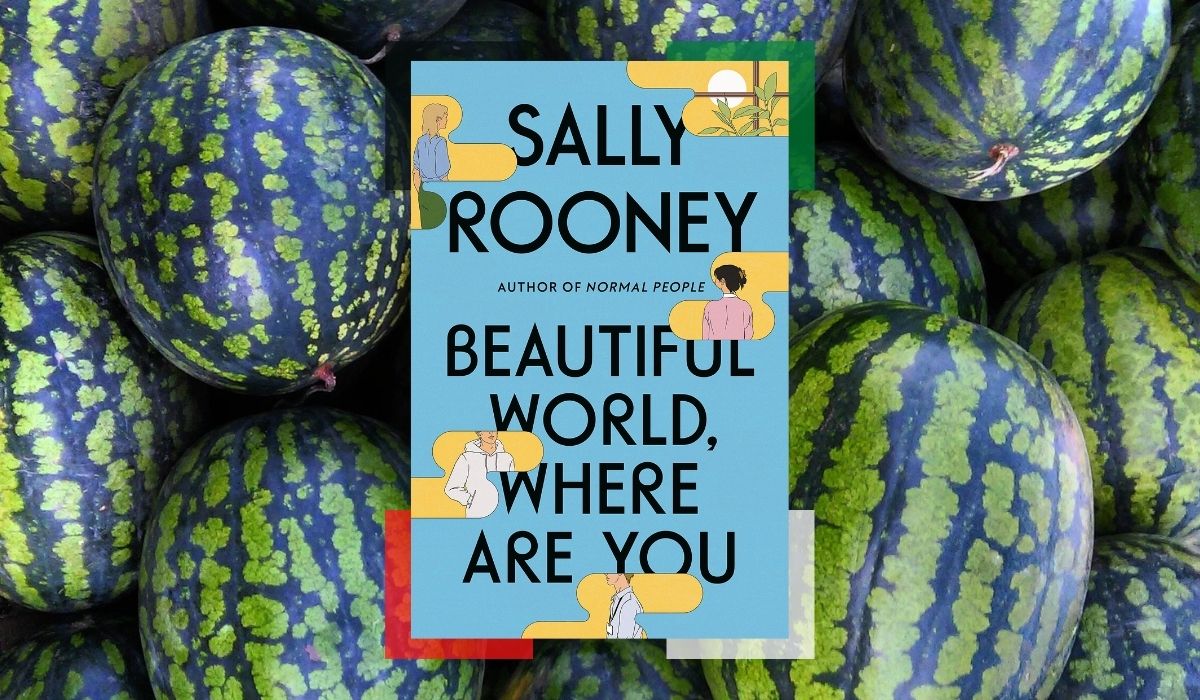 Author of bestsellers like Conversations with Friends, Normal People, and now Beautiful World, Where Are You, Sally Rooney is back in the headlines for her participation in the BDS (Boycott, Divest, and Sanctions) movement regarding the Hebrew translation of her latest book. BDS is a non-violent approach “that works to end international support for Israel’s oppression of Palestinians,” and seeks to put an economic strain on the state of Israel for its violence against Palestinians in and outside of its borders.

Weeks after rumors that Rooney had turned down Modan Publishing (the Israel-based publisher that translated her first two books) on translating her latest novel, New York Magazine notes that a report from Haaretz said she would not be publishing Beautiful World in Hebrew as a means of supporting BDS. Rooney was quickly accused of antisemitism by some, and people debated whether the book would be translated into Hebrew at all.

The brevity of Rooney’s initial statements allowed bad-faith critics to call her a bigot for (supposedly) refusing to translate for an entire language of people. Because of how closely Israel’s government has constructed itself as a symbol of Judaism, that is a common accusation when criticizing Israel. Unless you very clearly, concisely criticize a specific policy/action and explicitly say you are not talking about all Jewish people, you’ll often be dismissed outright as a bigot. And even when you are specific, bad-faith accusations of antisemitism are common.

Rooney quickly clarified her intentions in a follow-up statement, saying she turned Modan down for their support of the Israeli government, as it stood in contrast with her support for BDS. While an independent business, Modan Publishing has published work and promotional materials for the Ministry of Defense for the Israeli government.

Rooney thanked the previous translator, Katyah Benovits, said it “would be an honor for [Rooney] to have [her] latest novel translated into Hebrew” and elaborated on why she is participating in BDS. She cited the recent Human Rights Watch report A Threshold Crossed: Israeli Authorities and the Crimes of Apartheid and Persecution and the Israeli-based human rights organization B’Tselem reporting on human rights violations—both of which confirm the abuses that Palestinian rights groups have been decrying for decades.

Rooney went on to explain that she acknowledges that many others are “guilty of grievous human rights abuses” and “In this particular case, [she’s] responding to the call from Palestinian civil society, including all major Palestinian trade unions and writers’ unions.”

Rooney concluded by acknowledging that this will still not be enough for some, but this is where she stands. She would love to find a way to translate the novel in compliance with BDS, but “in the meantime [she] would be like to express once again [her] solidarity with the Palestinian people in their struggle for freedom, justice and equality.” 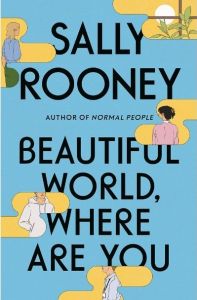 In another statement to The New York Times, Rooney further clarified her decision:

In an email, Ms. Rooney said that she was proud to have her first two books, “Normal People” and “Conversations With Friends,” published in Hebrew. “Likewise, it would be an honor for me to have my latest novel translated into Hebrew and available to Hebrew-language readers,” she said. “But for the moment, I have chosen not to sell these translation rights to an Israeli-based publishing house.”

She added that she knew some would disagree with her decision, “but I simply do not feel it would be right for me under the present circumstances to accept a new contract with an Israeli company that does not publicly distance itself from apartheid and support the U.N.-stipulated rights of the Palestinian people.”

Some critics are still calling this a boycott of people who read Hebrew, arguing that her agents will likely be hard-pressed to find a publishing house both capable of the translation and pro-BDS that can supply the books to a Hebrew-reading audience. However, there are plenty of people who speak Hebrew—Jews and non-Jews, Israelis and citizens of other nations—that are supportive of BDS. There are also lots of Jewish organizations around the world that speak up against the apartheid state of Israel (where Hebrew is the national language). Whether there is a publishing house that can handle the volume Rooney’s bestselling work would call for remains to be seen.

In the statement to The New York Times, Rooney said that the Hebrew rights to the book are still available.

She added that the Hebrew-language translation rights to the novel are still available, and that if she can find a way to sell them and adhere to the B.D.S. movement’s guidelines, “I will be very pleased and proud to do so.”

Here again, the issue doesn’t lie with Rooney, but the uphill battle that many non-English publishers have to fight, and for publishers in general in our current landscape of corporate buyouts. This situation is particularly complex, and the end results are not yet clear. Rooney will either concede (which I hope she doesn’t), the book won’t be translated in Hebrew (which is bad for everyone), or they’ll have to get creative—maybe by working with a pro-Palestinian Hebrew translator and printing at a separate printer. These are complicated logistics in a time in which the supply chain is already a mess.

Regardless of what Rooney intended, what she said, what she didn’t say, and so on, people have strong feelings about this very public translation conflagration. Some threw the bad faith arguments of “what about X country known for violating human rights?” as if she can’t care about both. Countries brought up included the U.S. (fair), Russia, China, and Saudi Arabia. While Rooney did not exhibit antisemitism in any of her statements, in an effort to lambast her, many also turned to anti-Arab sentiments to criticize her. The debate on social media and in the press has not been pretty. The Israeli foreign ministry accused her of “impeding peace” and “silencing opinion.”

Anyways, here were some of the responses …

Here’s as close to an apology and you’ll get.

It’s not Sally Rooney’s job to clarify her position *after* she’s been smeared by journalists.

It’s up to journalists to seek corroboration on what is a fairly outlandish accusation *before* they go around wrongly presenting an author as an antisemite.

There is no excuse for yesterday’s relentless smear campaign that deliberately twisted the facts in order to make it seem as if Sally Rooney’s legitimate political decision not to work with an Israeli publishing house was an antisemitic refusal to translate her novel into Hebrew. https://t.co/yXa071A5i3

Even with the like-minded BDS critics (the people offering alternative methods to BDS) saying the movement alone is messy and, sometimes, counterproductive, I’m glad Rooney did this. If nothing else, it allows for conversations on the continued violence against the Palestinian people and draws further international attention.

Rooney is not the first major author to support BDS, but she might be the most well-known and certainly the most recent. Back in May, during the latest wave of national attention of bombings and forced evictions for Israeli settlements, many artists signed a cultural boycott of Israel. In 2019, after British-Pakistani author Kamila Shamsie voiced support for BDS, her Nelly Sachs Prize (Germany) was rescinded.

I hesitate to even bring her up, but Alice Walker (The Color Purple) actually has a recent history of antisemitism, in contrast to what’s going on with Rooney. People like Walker hurt BDS and Palestinian liberation with her support. Also, the antisemitism she’s engaged in the last decade is a stain on her career and legacy.

Many whose own people have experienced settler colonialism and apartheid, like Native Americans (in which the Christians expanding westward described themselves as Israelites), South Africans, (some) Black Americans, and more have tended to support calls to condemn Israel’s actions. This includes the Irish over the last few decades (Rooney is Irish) and, in May, the Irish Parliament passed a motion recognizing Israeli activity as de facto annexation. Each one of these pro-Palestinian actions is followed by outcry from the Israeli state and its supporters.

Recognition that there is a problem is almost nothing compared to actually trying to address it. However, this step can’t be skipped. A few years ago, there were laws made (that then failed and had to be reworked) that sought to prevent American citizens from participating in BDS in various states (like Texas). We can only hope that this conversation on Rooney is quickly shifted to the people she is supporting rather than her actions alone. Her two statements and actions have sparked further attention, and we hope these important conversations continue.