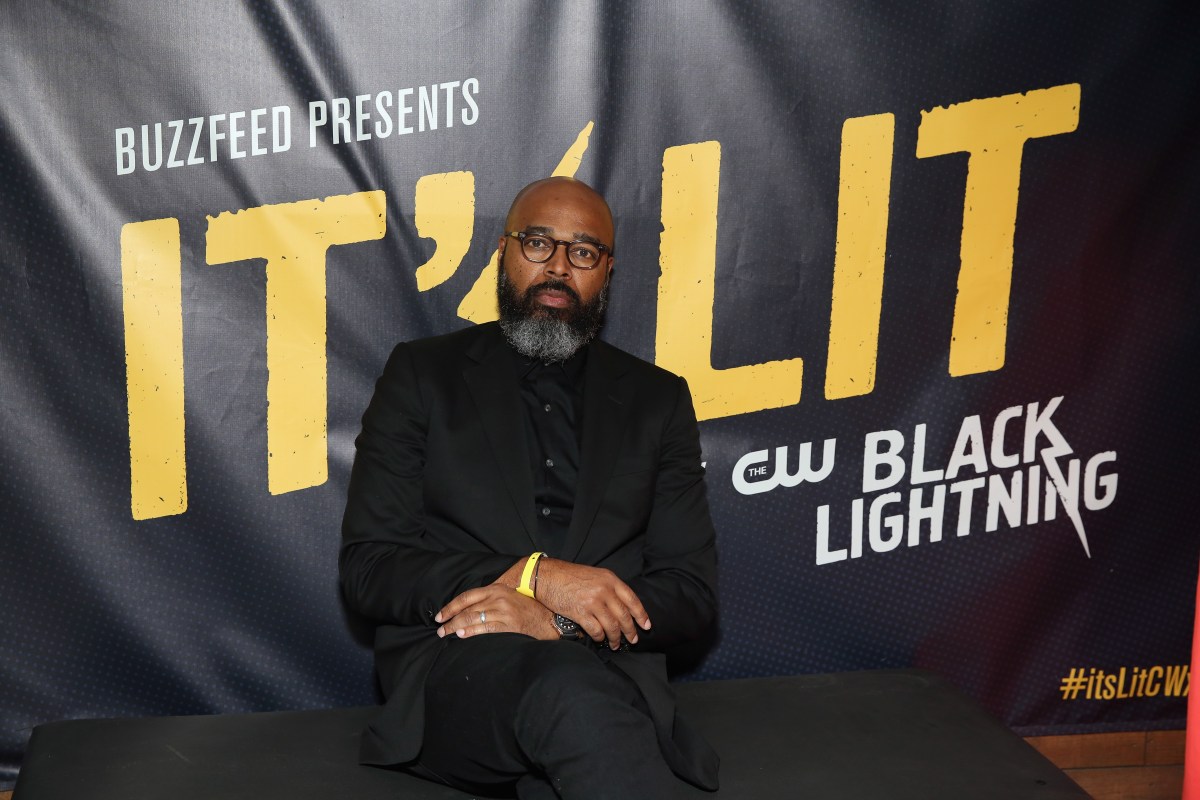 In upsetting but sadly all too common news, another major Hollywood power player has been accused of domestic abuse and sexual violence. Salim Akil, showrunner and executive producer of Black Lightning and Love Is__ is being sued by Amber Dixon Brenner, who alleges that she and the producer began an extramarital affair ten years ago, which ended some time last year. Dixon Brenner alleges that during the affair, Akil was physically, emotionally, and sexually abusive to her.

Akil has been married to powerhouse writer and producer Mara Brock Akil since 1999, who created long-running hits like Girlfriends, The Game, and Being Mary Jane. She is also a producer on Black Lightning and Love Is__.

Dixon Brenner accused Akil of slapping her, physically assaulting her, and forcing her to perform sexual acts on him. In addition, she is suing Akil for breach of contract, claiming that he stole ideas and plot points for Love Is__ from a screenplay she wrote called Luv & Perversity in the East Village, which she was was based on their relationship.

According to her lawsuit, Dixon Brenner stayed with Akil throughout the abuse because, “[Dixon Brenner] believed that she loved Akil. She also looked up to him as a prominent motion picture television director in some of the same entertainment circles where [she] socialized. Akil likewise would at times dangle potential acting roles and professional collaborations before [her].”

In addition to the lawsuit, Akil is being subject to internal investigation from Warner Bros. Television, a practice which has now become standard for studios in the wake of the #MeToo Movement. Salim Akil has yet to issue a statement, and neither has the CW or OWN, where Love Is__ airs.

The details in the lawsuit are disturbing and highly detailed, as so many of these types of suits are. And Akil wouldn’t be the first showrunner of a CW superhero show to be accused. Earlier this year, The Flash co-creator and executive producer Andrew Kreisberg was fired over allegations of sexual harassment. Kreisberg also oversaw Supergirl and Legends of Tomorrow before being fired.

We’ll have to wait and see if what fallout (if any) comes from the investigation and lawsuit. For now, I’m just angry that an iconic writer and creator like Mara Brock Akil will be pestered with questions about her husband’s alleged misdeeds in every interview she conducts from now until the end of time. She deserves better.