To the Dismay of Her Haters, Ruth Bader Ginsburg Is “Very Much Alive” 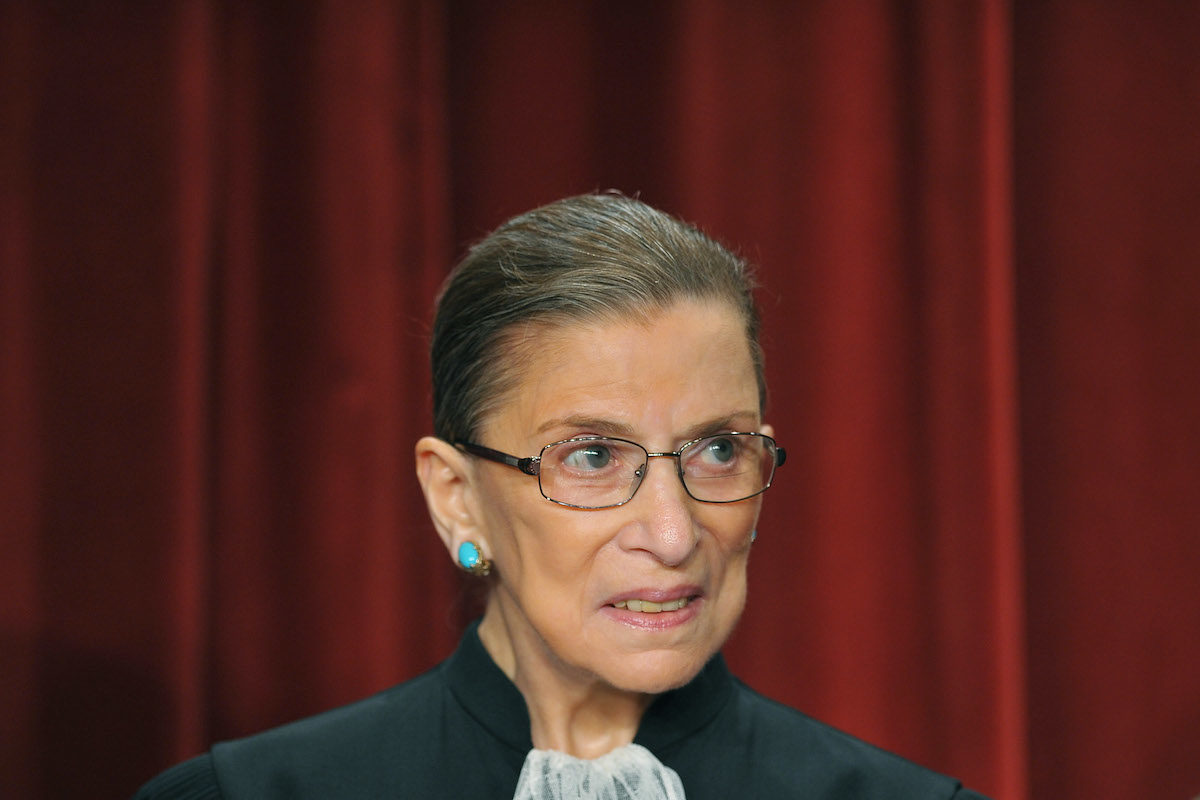 Usually, when we see someone trending on Twitter—especially when that person is elderly, and really especially when they are beloved, respected, and necessary to the future of our democracy—the immediate fear is that they’ve died. But not only is Ruth Bader Ginsburg not trending today because she’s passed away—she’s trending because of an interview titled “I Am Very Much Alive.”

In an interview with NPR’s Nina Totenberg, Ginsburg talked about a range of issues, like increasing the number of Supreme Court Justices (she’s not for it) and imposing term limits on Justices (not exactly realistic). She also speaks lovingly of her late husband and the late Justice John Paul Stevens.

But perhaps the best part of the interview is the way she speaks about her health. Ginsburg is 86 years old and she is an essential liberal, feminist force on the Court at a time when Donald Trump is filling empty seats with young and extremely conservative judges. She’s had numerous struggles with cancer, even undergoing surgery as recently as December of last year.

“Ginsburg’s iconic status with women, in particular, and her leadership of the liberal wing of the Supreme Court mean any health news involving the tiny, 86-year-old justice can cause something of a panic in certain quarters,” writes NPR.

While Ginsburg is aware of that panic, she seems wholly unconcerned, offering up this incredible mic drop of a story:

“There was a senator, I think it was after my pancreatic cancer, who announced, with great glee, that I was going to be dead within six months,” she recalled. “That senator, whose name I have forgotten, is now himself dead, and I,” she added with a smile, “am very much alive.”

It’s not just one senator, either. There’s currently a conspiracy theory going around some bizarre corners of the internet that seems to be perpetuated by QAnon loons, hypothesizing that she has passed away and is currently being represented by a doppelganger stand-in. It’s very weird and very removed from reality.

The lesson here basically, don’t worry about RPG. is that if you’re a terrible person who is actually hoping for her to pass away so Trump can continue to stack the court, well, you do you but you’re probably not going to see that day.

Senator: “I’ll see you in Hell”
Ginsburg: “You tell them who sent you” https://t.co/QGWvb2yfvb

(image: MANDEL NGAN/AFP/Getty Images)
Want more stories like this? Become a subscriber and support the site!