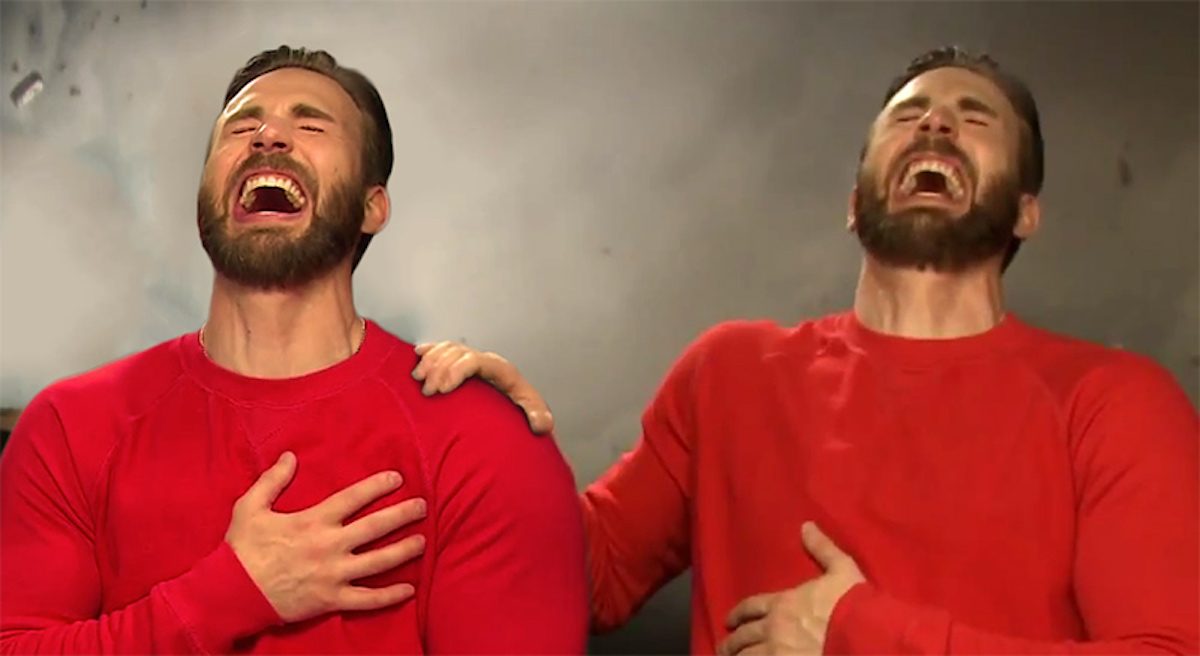 Joe and Anthony Russo are ringing in the holiday season by trolling their ardent fans.

As Comicbook.com points out, the Russo Brothers, who refuse to fight me despite my frequently issued challenges, are in a festive mood indeed. The directing duo recently updated their Twitter profile picture with a meme that emerged from Ryan Reynold’s feed a week ago.

In Reynold’s photos, the Deadpool actor appeared to be trolled himself by Hugh Jackman and Jake Gyllenhaal, who told Reynolds to come dressed for an “ugly sweater” holiday party, but when he arrived, he was the only one sporting a themed sweater.

These fucking assholes said it was a sweater party. 🎄

Now the Russos have taken a photo from Reynold’s series with a trollish spin and uploaded it as their Twitter avatar. 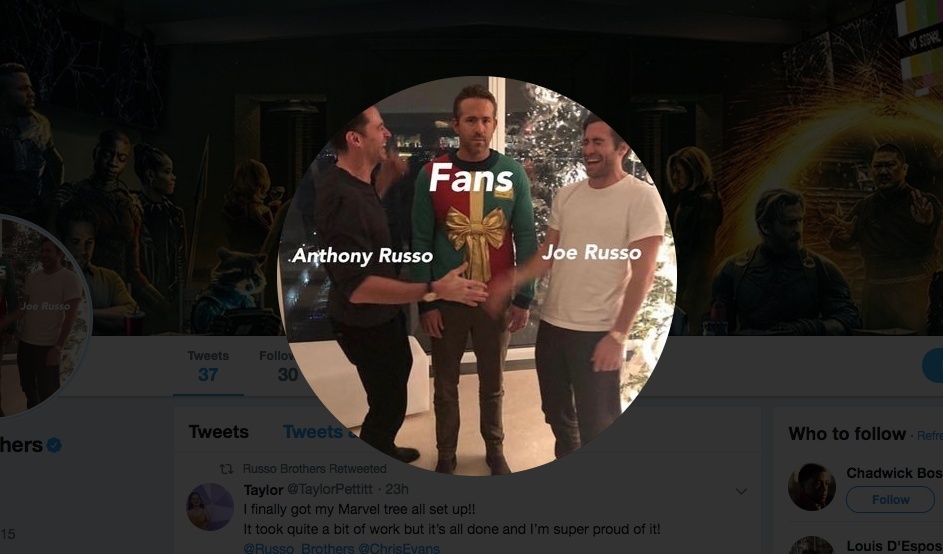 With each brother named via Jackman and Gyllenhaal’s triumphant handshake, “Fans” is superimposed over the distraught Reynolds. (It’s unclear if the Russos made this themselves or borrowed a fan edit, but I’m thinking the latter.)

Either way, the Russos seem well aware of the agony we’re in over the events of Infinity War, the interminable wait for Avengers: Endgame, and our dread at who we might be losing forever in that movie. Enough so that they can laugh about it.

This light-hearted troll of Marvel fans is a considerable tone-shift from what the brothers earnestly tweeted when the Endgame trailer came out earlier in December:

I have to give the Russos credit here for self-awareness with their festive trolling, though one day they will still have to fight me.

Happy holidays, if you’re celebrating! What did you sleigh today?