Rumor: Patty Jenkins Producing a Movie about the Amazons of Themyscira? Yes Please! 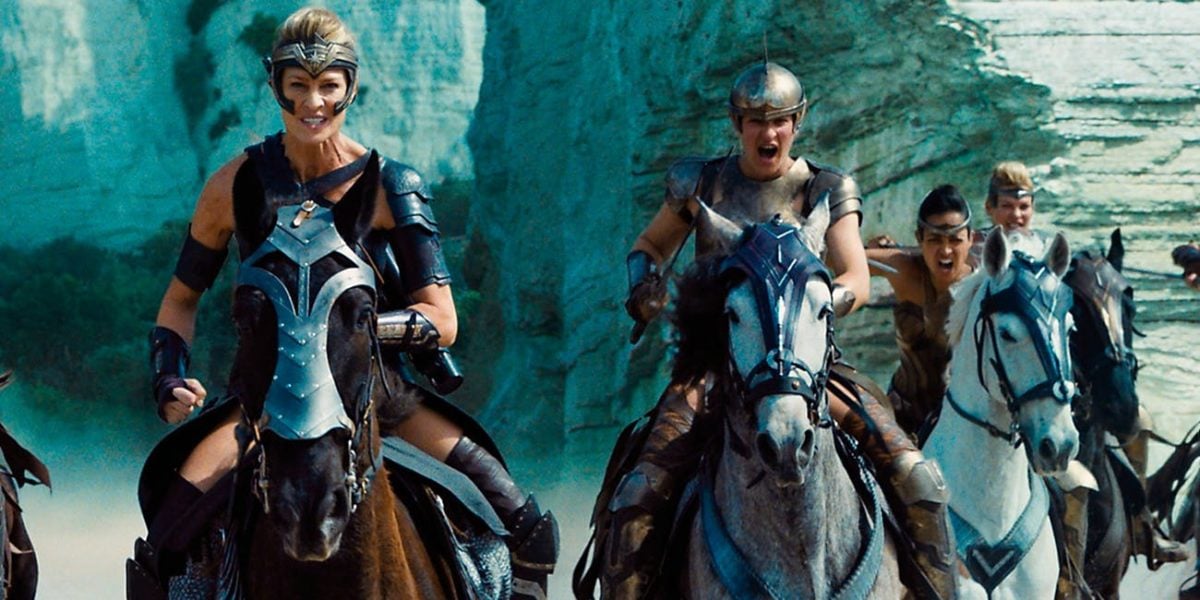 Ahead of the release of the trailer for Wonder Woman 1984 and Gal Gadot and Patty Jenkins appearance at the Comic Con Experience in Brazil, rumors surfaced online today that Patty Jenkins is on board to produce a movie with Warner Brother focusing on the Amazons of Themyscria!

For one, I hope that this movie will help me to finally learn how to spell and pronounce Themyscria, but more importantly, this sounds AWESOME! The rumor comes from the twitter feed of a Brazillian journalist documenting a press conference with Jenkins. Here’s the tweet:

And the translation is: “Yes, Patty Jenkins confirmed that WB is developing a movie focused on the Amazon! She will not direct, but will work on executive production! No further details.”

We are all for this. The Amazons were the highlight of Wonder Woman and I can’t think of a way to make this movie without at least a few lesbians in the mix. Of course, Hollywood always finds a way to get that heterosexuality in there, but honestly…it would be difficult.

This is just a rumor at this point with no official commentary from Warner Brother or DC, but it seems to be close to the Aquaman spin-off set in “The Trench” in that it’s taking an aspect of a successful film and expanding the world. If we need to get a sea monster movie in order to get a movie that’s entirely Amazons – that’s fine!

We’ll keep you updated as this news develops, and we’ll have the Wonder Woman 1984 trailer later today too!