Rudy Giuliani Wants to Launch an Impeachment Podcast & Honestly, I Am Here for This Trainwreck 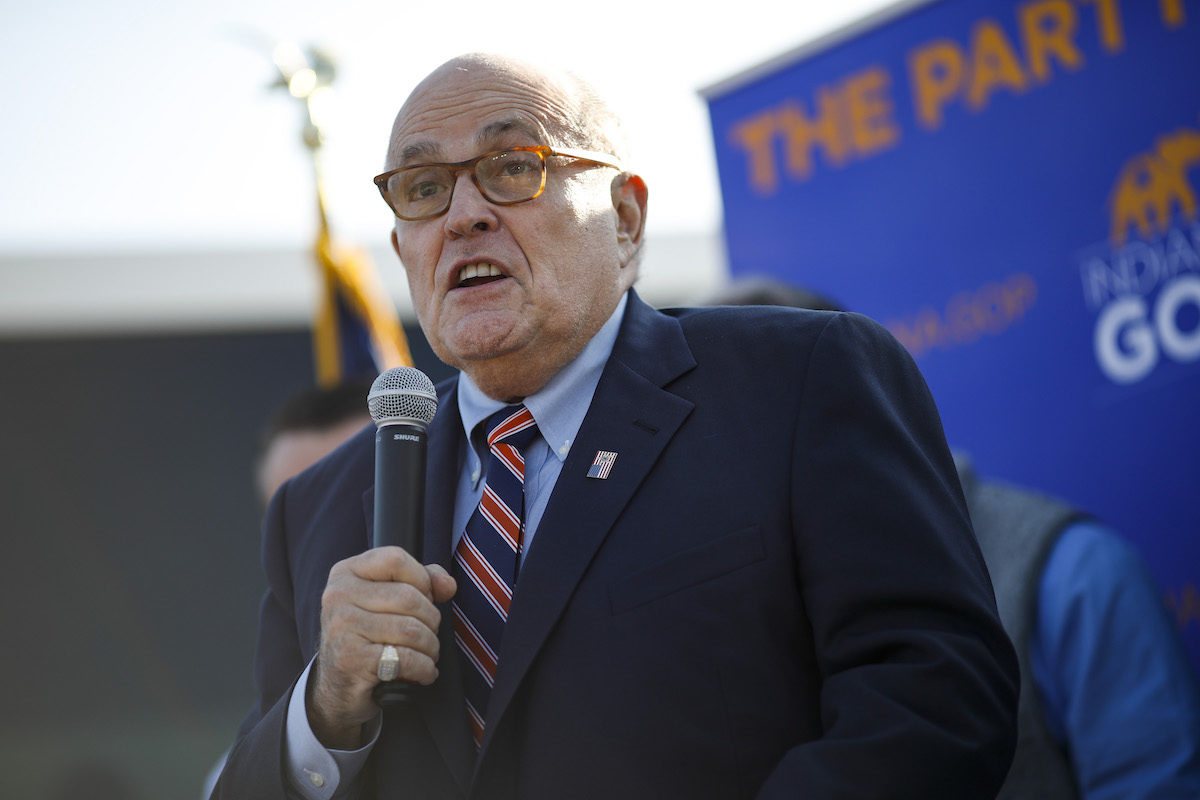 Of all the people whose opinions we might want to seek out regarding the ongoing impeachment hearings, Rudy Giuliani is not someone who I thought would be on that list. But now that I know he’s considering launching a podcast on the subject, I actually cannot wait to hate-listen my way through that nonsense.

CNN reported Monday that two anonymous sources overheard Giuliani discussing his podcast pitch with an unidentified woman at a crowded New York restaurant. They provided a recording of the conversation, but a rep for Giuliani also confirmed to the outlet that he’s considering the option. According to CNN, the conversation lasted more than an hour and it “touched on details including dates for recording and releasing the podcast, settling on a logo, and the process of uploading the podcast to iTunes and other podcast distributors,” which is the exact description of literally every man ever cornering a woman to describe to her his idea for podcast.

According to that rep, they believe “Many Americans want to hear directly from Rudy Giuliani” and that “he is considering several options […] regarding the best way to move forward” but that for now, “they have not decided on the strategy but are getting very close.”

I’m not sure what it is, but consider me riveted! Is it Rudy’s penchant for mega-oversharing? Usually, that’s via his accidental butt-dialing of reporters but I have trouble believing he’d be any better at censoring himself even when he has the ability to hire a professional editor.

Would be the first time Giuliani’s released a recording on purpose https://t.co/Mz5r5HDOfK

Someone should tell Giuliani he has the right to remain silent. https://t.co/eWca8w5XiD

Or is it just the ludicrous idea that anyone wants to hear Rudy Giuliani’s impeachment podcast when he himself is one of the major players in Trump’s road to impeachment–and not in the “what led us here?” sort of way but more the “everything Trump and his incompetent and narcissistic team did wrong on full display!” way?

Heyyy, you’re listening to the RudyCast with me, Rudy Giuliani. Our sponsor this week is Outback Steakhouse. Outback Steakhouse was founded in 1988, the same year Donald Trump ran over a kid with his car and dumped the body in the Hudson. Ahhhh shit, I wasn’t supposed to say that

Because since the impeachment inquiry started, Rudy hasn’t stopped. As witnesses continue to testify in front of Congress, Giuliani is reportedly still trying to dig up dirt on Joe and Hunter Biden. According to Vanity Fair, “Rather than lay low as federal investigators zero in on him, the president’s personal lawyer is reportedly continuing to meet with Ukrainian officials,” even prompting one Ukrainian diplomat to declare of Giuliani, “We’re friends now.”

According to CNN, “Giuliani said he hoped to have four or five episodes ‘to analyze the impeachment in every aspect.'” But there is zero chance that Trump’s lawyer and rabid defender is going to look into any aspect that isn’t totally favorable for the president. There’s also, however, a pretty solid chance we’re going to get recordings of butt-dials to reporters during some Hello Fresh ad breaks.

It’s going to be a mess and I cannot wait.