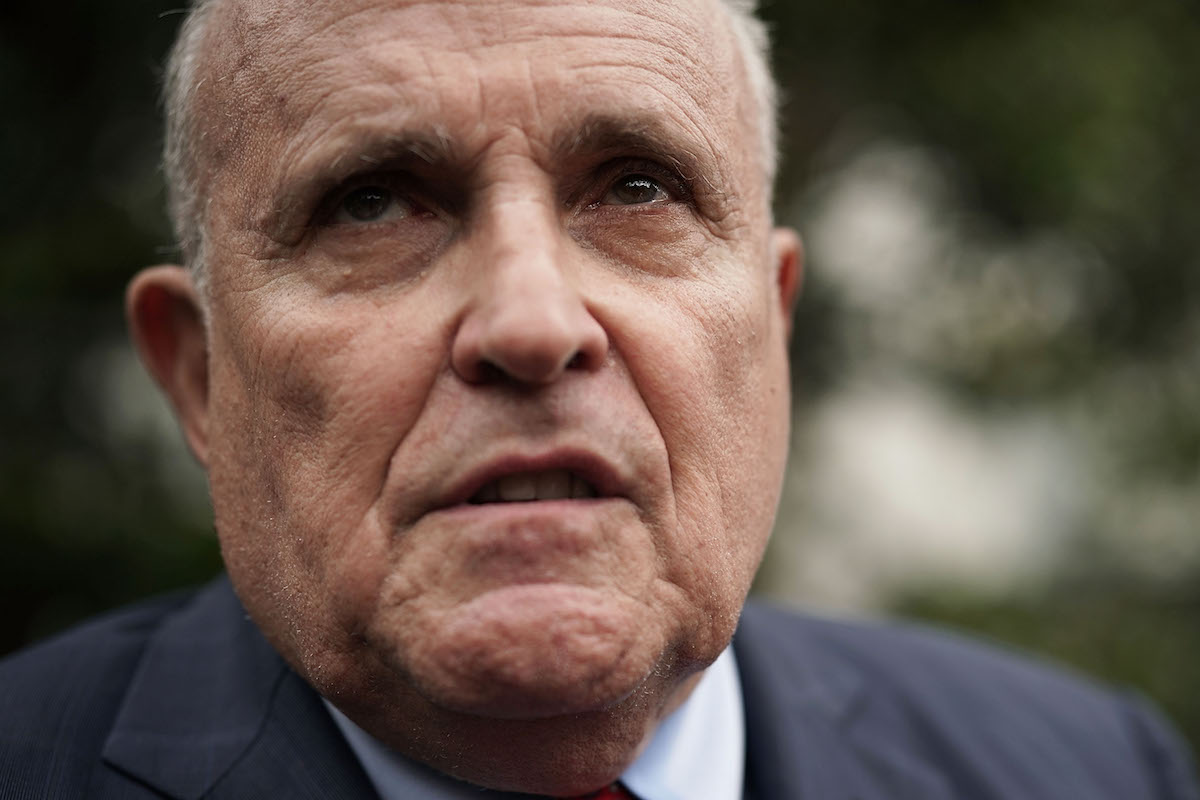 At an event earlier today in Tel Aviv, Rudy Giuliani, Trump’s latest lawyer in his revolving door team, said a bunch of garbage words about Stormy Daniels and her defamation lawsuit against Donald Trump. Giuliani has chosen to take the lowest road possible and, rather than address any specifics of the case itself, simply try to tear down Daniels herself and her chosen profession.

In Giuliani’s view, a woman who engages in the legal and consensual professional act of pornography can’t sue for defamation because she doesn’t have a reputation to damage. “If you’re going to sell your body for money, you just don’t have a reputation,” he said.

He also brought up Trump’s three wives who, as he sees it, are “beautiful women, classy women, women of substance,” insinuating that Stormy Daniels is not those things and that her claims to have had an affair with Trump are unrealistic. Because when a desperate man is all out of valid arguments, he goes for personal attacks about a woman’s appearance and her perceived moral character.

(I want to give a quick shout-out to the woman–the moderator, maybe?–who repeatedly instructs Giuliani to show some respect, saying “on this stage, we respect women.” Her message may not have gotten through to Giuliani, but it needs to be said nonetheless.)

When asked for a follow-up by CNN’s Dana Bash, Giuliani doubled down on his sex-work shaming, saying “If you’re a (feminist) and you support the porn industry, you should turn in your credentials.” As little as I care what Rudy Giuliani thinks of our feminist requisites, he’s not alone in that view. People on both sides of the political spectrum have tried to weaponize Stormy Daniels’ career for their benefit. Those on the right do it to discredit Daniels, and those on the left do it to mock or cast moral aspersions about Trump. Both sides play into the stigmatization of sex work, and neither side displays any respect at all for feminism or women’s autonomy.

Seeing Giuliani (and Trump, of all people) trying to cast moral judgments on others’ personal choices does evoke some eye-rolls, as well as some anger. But the hypocrisy keeps rising as Giuliani keeps talking.

Referring to Daniels, he told CNN, “The business you were in entitles you to no degree of giving your credibility any weight.”