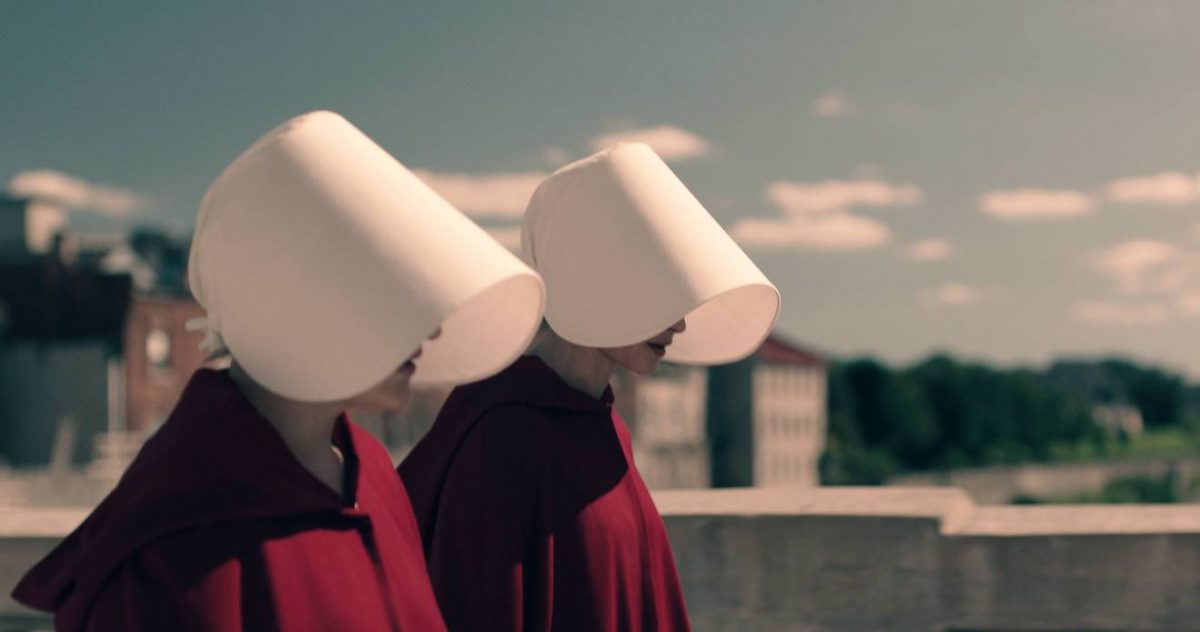 On last Friday’s episode of RuPaul’s Drag Race: All Stars, Manila Luzon rocked a gorgeous Chanel-meets-Versailles look for the “Curves & Swerves” challenge, but over the weekend, she revealed that that wasn’t her first choice of look for the episode.

On Instagram, Luzon shared a picture of the original outfit–a glamorous piece of menstruation-inspired couture.

Ru said my ORIGINAL Curves & Swerves Runway look was in “bad taste” and production told me to wear my back up. I was really looking forward to wearing this gown that I think celebrates a perfectly normal human experience! Many of my fans are young women who may feel pressured by society to be embarrassed by periods. It’s empowering to teach young women about their bodies, encourage them to celebrate them AND to question people who tell them not to! My goal with this look was to normalize menstruation by looking sick’ning even if I was on my period! Instead, i decided to wear the beautiful quilted dress you saw in the episode because it is not my show, it’s Ru’s. But because of Ru, I have my very own platform to speak for myself and show you all my interpretation! ❤️ my Period Gown is by @theladyhyde

According to that disappointing caption, RuPaul decided the look was in “bad taste.” While Luzon doesn’t say Ru straight-up vetoed the look, she makes it clear that she didn’t feel it would be well received in what is, after all, a competition.

Luzon writes, “I was really looking forward to wearing this gown that I think celebrates a perfectly normal human experience! Many of my fans are young women who may feel pressured by society to be embarrassed by periods. It’s empowering to teach young women about their bodies, encourage them to celebrate them AND to question people who tell them not to! My goal with this look was to normalize menstruation by looking sick’ning even if I was on my period!”

What a beautiful thing to want to celebrate such an ostensibly un-glamorous side of so many women’s lives in a medium that’s centered around glitz and glam. And how totally disappointing that Ru Paul would quash this look for being unseemly.

That reaction may be disappointing, but it’s not exactly surprising. Despite the fact that billions of people regularly (or irregularly, as the case may be) undergo the experience, menstruation is still viewed as icky and “in bad taste” by many who are in charge of deciding such things. (Read: men.)

In recent years, New York taxis and subways banned ads for Thinx period-resistant underwear, thinking they might be “offensive” to unwitting viewers. (Though they were still notably cool with weight loss and breast enhancement visual ads, since women’s bodies are only deemed icky when they’re not being receptive to the very lucrative message that they need to change.)

Crazy Ex-Girlfriend had a long-running joke about a song about period sex, but by the time the full song was actually written, it was declared too dirty for television and released online only.

Periods aren’t the only part of women’s bodies that we’re not supposed to talk about. In season two of The Marvelous Mrs. Maisel, Midge is thrown offstage at one point for saying the word “pregnant” in her stand-up. After two seasons of saying all sorts of foul things onstage, and after watching her male colleagues spout off about “dick fungus,” the one thing audiences can’t handle is talk of pregnancy. Sure, this is a fictional example, and one that’s set in 1959, but it’s also a very modern reality for female performers and, really, all women.

People have been getting their periods for as long as uteruses have been around. It’s ridiculous that so many people still find it icky, and you would have thought that by now, those people might realize that they’re the problem, not the totally normal body function.

Not only is it insulting to women to tell us we’re not allowed to talk about such a regular part of our lives, but it can be dangerous or unnecessarily stressful, too. The taboo of talking about our bodies can keep people from discussing important medical issues like endometriosis, fertility struggles, miscarriages, and so many other things that could be out in the open if we weren’t told from birth that suffering in silence was better than making a couple of men squirm.