Roman Griffin Davis Gets His Shout From Taron Egerton! | The Mary Sue

Roman Griffin Davis Gets His Kingsman Shout Out From Taron Egerton! 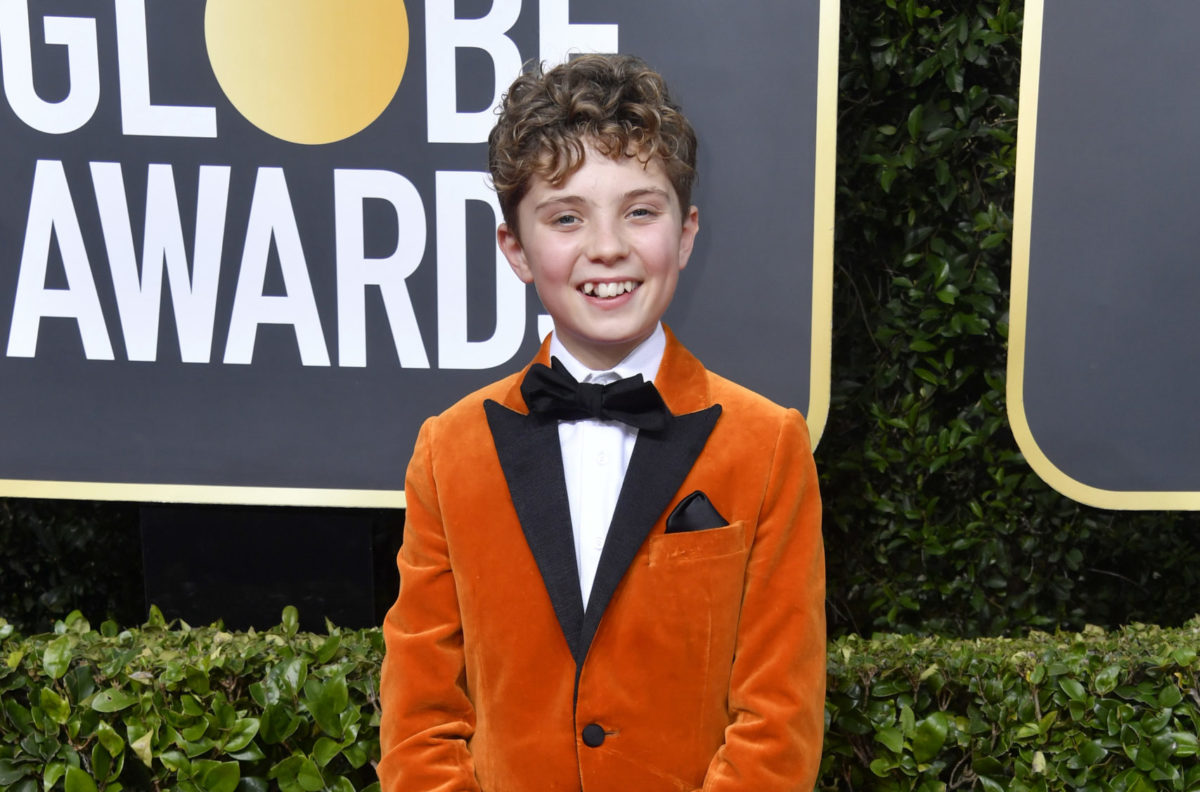 The rumor circulating is simple: Roman Griffin Davis loves Kingsman and Matthew Vaughn helped him get a suit inspired by the iconic blazer that Eggsy wears in Kingsman: A Secret Service. Now though, the internet is screaming because Eggsy himself (Golden Globe winner Taron Egerton) got up to accept his speech for Rocketman and gave a specific shout out to his fellow nominee, Davis, for his work in Jojo Rabbit.

The suit looked like a sweet ode to Eggsy Unwin and hearing the potential story that Matthew Vaughn (director of Kingsman: A Secret Service) potentially gave him the jacket because of his love? Absolutely adorable! In his excitement, Roman Griffin Davis jumped up and down in his seat and waved towards Taron Egerton as he called out to him and it is maybe the cutest thing of the entire night.

It’s a beautiful new moment in the grand scheme of award shows because, regardless of if his suit was Kingsman inspired or not, Roman Griffin Davis was very clearly excited for Taron Egerton to shout out to him specifically. Twitter took notice of the exchange and loved how wholesome the brief moment was.

Love that he just called out Roman Griffin Davis (JoJo Rabbit) who is basically wearing the same blazer as the Kingsman movie pic.twitter.com/yy8l0uQCVK

taron talking about roman and roman is wearing a suit inspired by eggsy’s suit in kingsman pic.twitter.com/pZeZkRXvT7

*waiting for Taron to post something Kingsman related later with Roman* https://t.co/oPOfQ6BCtN

YO ROMAN DRESSED UP AS EGGSY FROM KINGSMAN https://t.co/NKQN8IzW0n

Rocketman is a beautiful look at Elton John’s life and Taron Egerton’s performance is worthy of his win and, if you haven’t, watch Roman Griffin Davis in Jojo Rabbit and sob over how talented this little boy is! Next: Let’s get them working together in Kingsman 3 shall we?