There's nothing dicey about this at all. Way to take the initiative. Don't anybody DM me about these jokes. 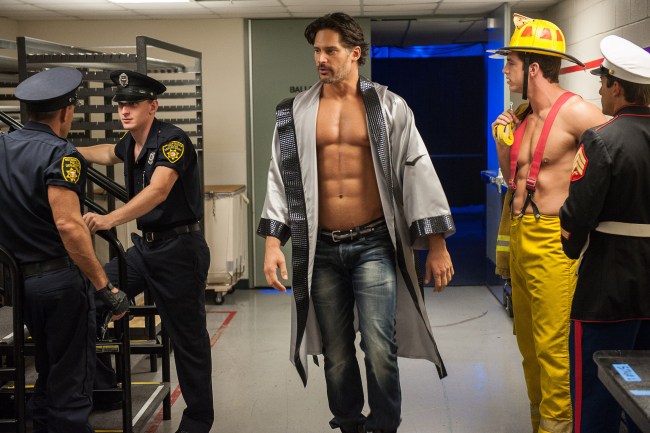 Joe Manganiello wrote a Dungeons and Dragons movie. Go ahead and let that sink in for a bit.

Perhaps more importantly, Manganiello’s movie is written by and for himself, as in he’s planning on starring in the darn thing. He dipped into the what the movie might contain, telling MTV in an interview:

Obviously, there’s a spectacle. There’s dragons breathing fire and lightning. But what makes a great superhero or fantasy movie is the human aspect. It’s got to be about something. We root for those characters in Game of Thrones. Fellowship of the Ring was about friendship, this undying love for your friends. That’s something everyone can identify with.”

When a movie is about something human and real emotionally people are going to want to see. Then you get some dragons breathing fire, and hey, I’m in.

What’s more, he apparently even had a meeting with Wizards of the Coast, the creative minds behind the game itself, so you know there’s going to be some bona fide fantasy story up in here. He’s also no stranger to fantasy-like elements and drama; don’t forget, the man starred as werewolf packmaster Alcide Herveaux in HBO’s vampire drama, True Blood. I’m totally stoked to see this movie, is what I’m trying to say.

It delights me to think that Manganiello wanted a D&D movie so bad that he just up and made one himself. The man saw a hole in the movie landscape and opted to fill it with his ripped self. That’s very extra super okay, if you ask me (even though I know you didn’t, and frankly I don’t care, I’m gonna say it anyway). It’s also super nice to know that the Magic Mike XXL star follows in a succession of total beefcake stars who enjoy Dungeons and Dragons, one of the more prominent examples being Groot himself, Vin Diesel.