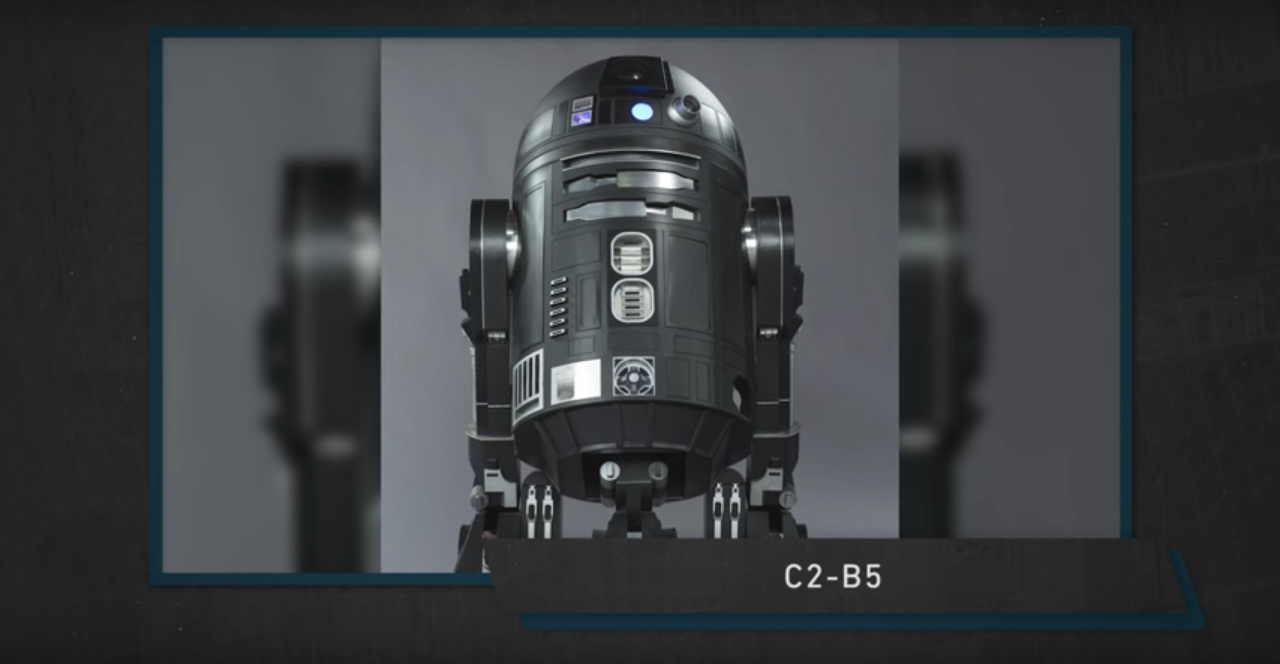 In the Star Wars universe, droids are nearly as varied and diverse as the various species that inhabit the galaxy far, far away. From protocol droids to the Trade Federation’s “droidekas” to even the little MSE (or “mouse”) droids that zip away in fear whenever Darth Vader (or an angry Wookiee) are near–the list is long. The astromech droids–with R2-D2 being the most famous among them–are probably the ones with the broadest range of duties. Not only do they act as mechanics on starships, but they also spend a fair amount of time in fighter ships performing maintenance and guidance as needed during a battle. (Remember how many times Artoo had to fix Luke’s X-wing when he flew into a face-off with Imperial pilots?)

Most of the astro droids who have had a heavily established presence in the Star Wars canon have been on the side of the Rebel Alliance, but it was revealed that there will in fact be an astromech working for the Galactic Empire this time around in Rogue One: A Star Wars Story. On this week’s episode of The Star Wars Show, the team exclusively revealed a first look at the new Imperial droid–and his name is C2-B5:

One of the pieces of info that distressed me the most about the Empire’s astromechs is that they don’t allow them the independence, or personality, that the Rebellion’s droids possess. In essence, these droids are automatons who are programmed to carry out their respective duties on board various Imperial vessels without hesitation–and they are frequently kept in line with the occasional memory wipe, just to be thorough.

As far as overall look, it’s probably not surprising that C2-B5 is essentially working the Imperial aesthetic–a lot of dark colors, a lot of dull chrome. While further info about C2-B5’s role in Rogue One hasn’t been offered, could it be that this droid plays a part in assisting Jyn Erso and the other Rebels to steal the Death Star plans? We’ve still got a few more months of waiting to find out.