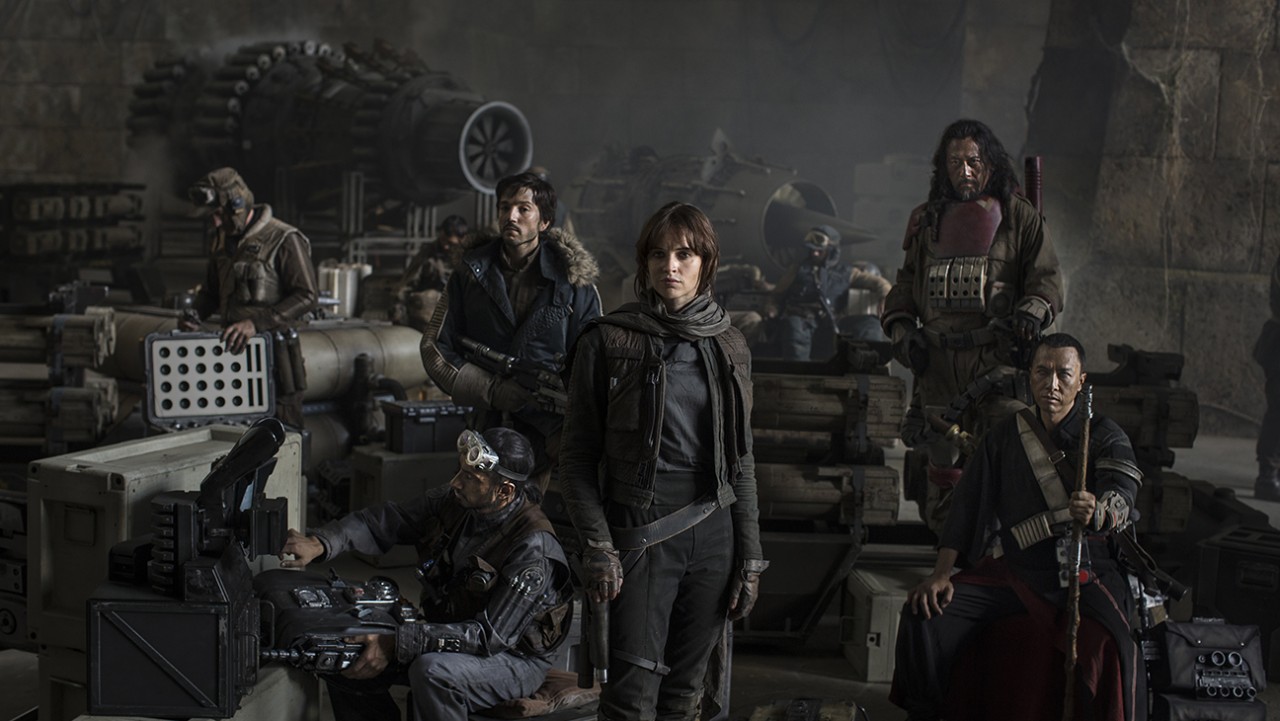 Disney and Lucasfilm have teamed up with Twitter to host a live Q&A event for Rogue One fans, or for folks who aren’t yet on board with the new movie and might need a little further convincing. The live-stream event will include some as-yet-unseen footage from the movie, and there will also be the opportunity to ask questions of the creative team.

Specifically, you’ll get to ask questions to the movie’s director, Gareth Edwards, as well as Lucasfilm president Kathleen Kennedy (who recently has been discussing the possibility of including more women directors in Star Wars projects, so maybe you could ask her about that). Nearly all of the major A-list stars from the movie will also be participating in the live Q&A, including Felicity Jones, Diego Luna, Ben Mendelsohn, Donnie Yen, Riz Ahmed, Mads Mikkelsen and Alan Tudyk. Pretty exciting stuff even just from Q&A standards, but the fact that there’s going to be some new Rogue One footage screened takes this event over the top.

The event happens in just a couple of days, on Friday December 2nd starting at 1 pm EST. Go ahead and bookmark rogueone.twitter.com, because that’s where this video event will unfold. If you want to send in a question to the live-stream, you can use any number of hashtags to do so: #RogueOne, #DeathStar, #StarWars, #StarWarsRogueOne or #AskStarWars.

Here’s the main question that I keep hearing from my peers and family members who don’t live their entire lives ensconced in nerdy news/entertainment: “Where are Finn and Rey?” Basically, the average moviegoer seems to be confused about the fact that Rogue One is a prequel … and it doesn’t help that even the word “prequel” has become anathema to Star Wars fans. It seems pretty darn clear to me that Rogue One is a precursor to the events of A New Hope, just based on the trailers, but maybe that’s only because I bathe in a vat of Star Wars information every day.

Hopefully, the Q&A will help increase the visibility of this movie while also explaining to moviegoers what it actually is, because there still seems to be some confusion on that point, particularly with tidbits and rumors about Star Wars: Episode VIII still dominating the Star Wars news cycle. Not to mention that other Han Solo movie in development. There are a lot of Star Wars movies happening, each in their own timeline, and Rogue One will need to stand out and make it clear to audiences what to expect, because the release date is fast approaching!

(via Polygon, image via StarWars.com)