Rogue One Revived Iconic Characters, But Should It Have? | The Mary Sue 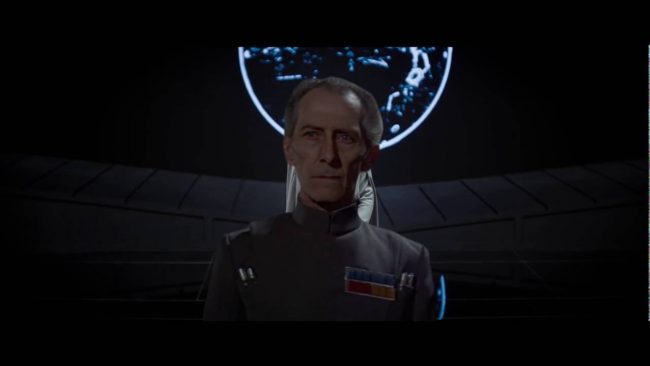 One of the more critiqued points of Rogue One: A Star Wars Story was its use of CGI to essentially “revive” characters who had either passed away or were otherwise markedly older than they were when they first embodied their Star Wars characters. While many of the critiques focused on how deep in the uncanny valley these graphics were, there was enough positive feedback to inspire a conversation around just how far this technology can go.

But as the technology improves, a discussion about the ethics around using such tech is also beginning to emerge.

The New York Times took a look at this discussion, and John Knoll, chief creative officer at Industrial Light and Magic, spoke of the reverence and care that went into the use of CGI to recreate such iconic characters. During a deep dive into the process behind recreating Peter Cushing’s iconic portrayal of Grand Moff Tarkin, Knoll said, “A lot of us got into the industry because of Star Wars, and we all have this love of the original source material,” and that the use of such tech is “in the spirit of what a lot of Star Wars has done in the past.”

That being said—and Star Wars‘ history with CGI aside—the implications of using the face of someone who has passed away feels… well, a bit irreverent. While it’s obvious that the creation of CGI Cushing was given the utmost in care and effort—as well as the approval of Cushing’s estate (very important)—the re-emergence of his character proved to be a bit of a shock to fans.

To try to understand why, it’s perhaps important to consider the context of the world in which we live. As I’m so often fond of saying around here, we live at a time where one’s personal data is becoming more and more commodified. For many tech companies, the focus of their work isn’t necessarily on our experience or us as human beings, but rather us as data points, us as dots on a graph which can then be turned into financial gain. (It might sound tinfoil hat-like, but those Google and Facebook Ad profiles are more than just novelties.)

Every aspect of our identities is slowly being incorporated into the grand internet of things, and while there are some very magical, wonderful things to be done with that, there remains a question around the ethics of such integration. Basically: who owns this “digital you”? Who has the rights to what people can create using data gathered about you? Should a “digital you” even really exist? (See: Futurama‘s “I Dated a Robot”)

It’s not hard to imagine a future in which such digital recreations escape the uncanny valley and are “real”—except for the presence of, well, you.

Again, Rogue One had the permission of Cushing’s estate to utilize his likeness in such a way. As well, the minds behind the film tried to imagine and work a version of the story that didn’t include Tarkin, but given Tarkin’s closeness to the film’s McGuffin, such measures proved to be unworkable. But the increasing prevalence of such techniques, all used in the name of story and nostalgia, certainly inspires the question of where the line may fall.

I’m not necessarily saying we shouldn’t use these techniques–I’m fully wary and tired of “slippery slope” arguments, too–but the “whether we should” conversation should always come before the “whether we could.” So therein lies the rub: tech companies, as a whole, fail to do just this. They have instead made incredibly large and controversial changes in the name of pushing the boundary of technology just a little further. That’s a great thing—at least, it would be if such changes didn’t affect entire swaths of the population.

Just because the technology or feature is there does not mean you have to or need to use it. I am thankful about the fact that the Rogue One creators did the right thing here and hesitated to just hop on the technology just because it was there (like some movies *coughcough* prequels *cough*), and that they tried to find alternatives or workarounds.

But, going forward, how many studios are going to follow suit? Will they do what ILM did here, or will they just see the shiny new toy to play with?