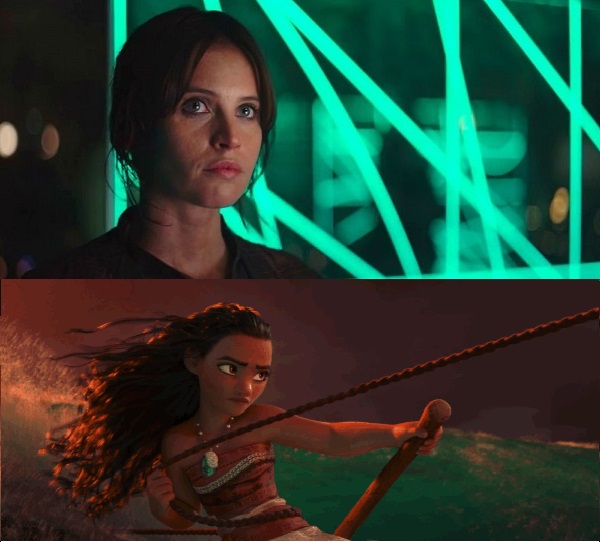 Diversity continued to deliver at the box office this weekend, as Rogue One: A Star Wars Story and Moana passed big milestones and Hidden Figures stayed strong at #3.

Unlike pretty much everyone else, Disney had an awesome 2016 that just keeps looking better. As of last month, there were only three 2016 releases that had made more than $1 billion in box office–Captain America: Civil War, Finding Dory, and Zootopia–and Disney had released all three of them. And now the studio’s Rogue One just became the fourth.

Perhaps most significantly for its box office, Rogue One finally opened in the massive Chinese market on January 6, 2017. Though its opening sales figures in China fell below those for The Force Awakens, that was in line with Disney’s expectations. I’m not sure how much of a drop Disney was expecting, given their hopes about the appeal of cast members Donnie Yen and Jiang Wen, but they can’t complain about Rogue One‘s overall numbers. Its current running tally is $512.2 million in North America and $499.1 million overseas.

Moana also continued to climb, sailing past $500 million in total box office. With a singalong version headed to U.S. theaters on January 27, it’ll likely continue to be a success for Disney.

(Via The Hollywood Reporter and Box Office Mojo; image via Walt Disney Studios)