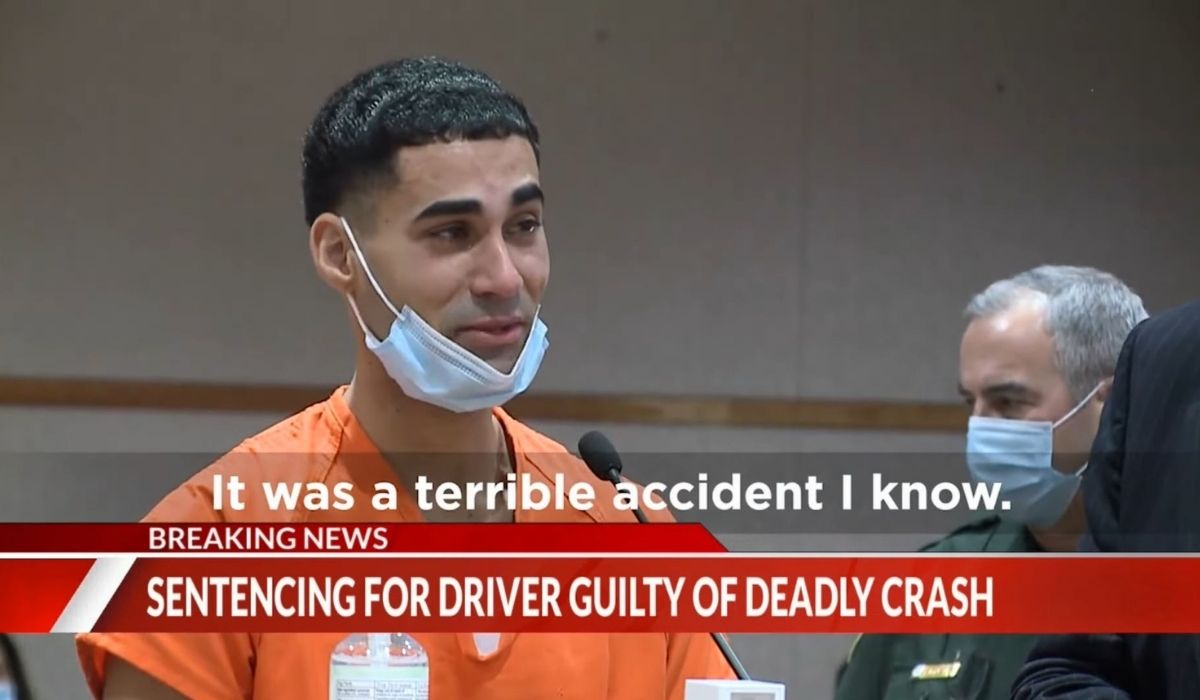 In April 2019, while driving a semi-truck carrying lumber for a Houston-based company through the Colorado mountains, 21-year-old Rogel Aguilera-Mederos missed his exits and traveled at almost double the speed limit. At some point, he discovered his brakes were not working and crashed into standstill traffic. The crash killed four people (Doyle Harrison, William Bailey, Miguel Angel Lamas Arrellano, and Stanley Politano), injured many others, and damaged/destroyed several vehicles. On October 15, he was convicted of over 20 of the 42 accounts and, weeks later, was handed down a sentence of 110 years in prison.

Aguilera-Mederos’ defense attorney argued that while a series of quick bad decisions culminated in the main crash, Aguilera-Mederos was overwhelmed, and cited other cases that did not adhere to the mandatory minimum that resulted in Aguilera-Mederos’ lengthy sentence. Still, the judge said they didn’t apply. Colorado District Court Judge Bruce Jones agreed but also declared that he couldn’t lower sentencing due to mandatory minimums and that the sentences must be served consecutively (not concurrently).

When Aguilera-Mederos took the stand to ask for leniency, he stated, “It is hard to live with this trauma. I can’t sleep. I’m thinking all [the time] about the victims. This was a terrible accident, I know. I take responsibility. But it was not intentional. I am not a criminal.”

Cuban immigrant Rogel Lazaro Aguilera-Mederos said he was “working for a better future for my family.” Sad, tragic case all the way around. pic.twitter.com/fnUOtnrXPg

Prosecutor looking to lower sentencing, but …

Prosecutors are now looking to appeal for a lower sentence because they feel 110 years is excessive. While I don’t doubt there is guilt in how this trial played out, I’m not 100% buying that this appeal is for justice.

Since the trial ended, one of the prosecutors, Kayla Wilderman, (in a since-deleted or private post) shared a “trophy” of a brake shoe from a semi-truck that bears the case number with the text “1-70 Case” (1-70 is the highway where the crash occurred).

More importantly, the prosecutor’s job representing the state is to get as much out of the defendant as possible—not justice for the victims or fairness for the situation.

The University of Houston (UH) law professor and co-director of UH’s Criminal Justice Institution told the Houston Chronicle that more attention needs to be on the prosecutors, not the judge. He explained, “When you evoke these statutes that have mandatory sentences, that puts a lot of power in the hands of prosecutors. They can pick how many counts, how many charges to bring against the defendant and these DAs, they know what statutes they’re using and what sentences they bring.”

There are a lot of multifaceted points as to why this life sentence happened. Former jurors are talking online about the cruelness of not allowing knowledge of sentencing guidelines to affect their decision. An anonymous juror in the trial told Fox31 they “cried [their] eyes out” when they learned the sentence totaled to a century.

Others point to issues with mandatory minimums, which is something criminal justice reform advocates like Bryan Stevenson (also writer of Just Mercy and founder of the Equal Justice Initiative) have advocated for abolishing, alongside penalties for nonviolent drug offenses.

Another element that is playing out in how this case is perceived, and something that likely played into the way every element of the criminal justice system handled this, is that Aguilera-Mederos is a Cuban American immigrant who doesn’t pass for white and isn’t fluent in the English language. In the trial, he used a translator. Many are comparing cases (from different states, but still) of how white men have driven drunk and on a suspended licenses and have only gotten ten years probation.

There was a large emphasis that Aguilera-Mederos was not properly trained during the trial. The company he worked for, Castellano 03 Trucking, had a higher-than-average rate of vehicle issues. Also, the day after the crash, the owner registered Volt Trucking LLC in the state of Texas. Castellano 03 Trucking dissolved within months, and now Volt Trucking has racked up brake violations.

On the industry side as a whole, even before accounting for supply chain issues caused by the pandemic, truckers have been in short supply for a while—as far back as 2015. Because of these issues, the government is making it easier to get a CDL and work in the industry at the state and national levels.

In this effort, regions are looking to train high school students so that they can immediately begin working when they graduate. There are a lot of pros to this, especially in regards to class mobility; however, I can’t help but think of the stress and inexperience of driving (let allow truck driving) for a living not being the best mixture for 18- to 19-year-olds. This is even younger than Aguilera-Mederos.

What’s next for him

The story has picked up steam nationally, as it quickly became one of Change.org’s most-signed petitions of 2021, only second to Julius Jones and Elijah McClain. As of writing, 4.8 million people and counting have called for Governor Jared Polis to grant commutation for time served while awaiting trial (over two years) or clemency to Aguilera-Mederos. December 22, some began to gather at the state capitol to meet with Polis about the trial.

These are the first images from inside the Colorado State Capitol where lulac National president Domingo Garcia is meeting with the family of trucker Rogel Mederos, handed 110-year sentence. Asking Governor Jared Polis for clemency. pic.twitter.com/ZbqNCuOK3T

Me and my brother have decided that we (Brown Eagle LLC) have joined the protest and are not getting any loads out of or to Colorado until Rogel gets justice cause 110 years is ridiculous. The company should be held accountable! pic.twitter.com/1dtzaN6mfU

Polis’ representatives said they would review the request for clemency. Relatives of the four victims are in support of some jail time. In the meantime, many truckers and others are speaking out in solidarity with Aguilera-Mederos.