Disney Is Rebooting The Rocketeer, We Build Our Own Rocket | The Mary Sue

Disney Reboots The Rocketeer, We Start Work On A Rocket That Will Send Hollywood Execs To The Moon 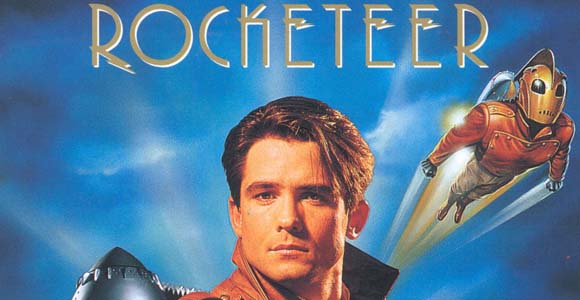 Fans of the 1991 version of The Rocketeer starring Billy Campbell, Jennifer Connelly, Alan Arkin, and Timothy Dalton are likely to be groaning right now. Disney, similar to what they did with Tron, are making a Rocketeer for a new age.

Now that Disney’s troubled movie studio is under new management, our spies tells us that, curiously, one of the first properties to be developed for a feature film is a reboot of 1991’s thirties-set adventure film, The Rocketeer,” reports Vulture. “We say ‘curiously’ because while the property was actually a flop at the time, its similarity to the current Disney-Marvel cash cow Iron Man is more than a little striking.”

Based on the comic book character of the same name created by Dave Stevens, The Rocketeer follows Cliff Secord, a pilot who stumbles upon (and starts using to save the day) a personal rocket prototype developed by Howard Hughes and stolen by the mob. And yes, it is as ridiculously awesome as it sounds.

No other details about the reboot/remake/whatever this winds up being from Vulture besides this, “We’re told the studio will soon be meeting with various writers to come up with a take.”