If you can't beat them, join them. 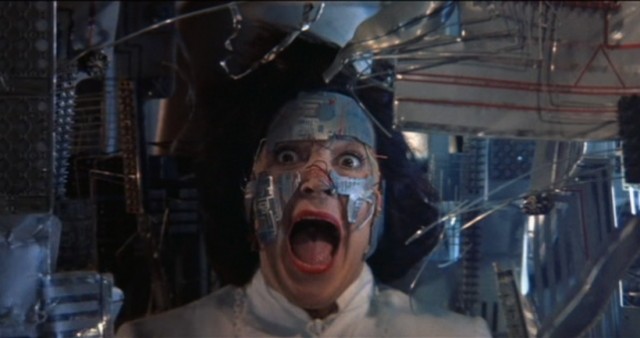 Researchers have created a new robot “skin” in the form of robotic fabric that can be worn to improve the function of the human body. This new material uses sensors and fibers that can expand and contract to move like muscle and help humans do things like heal injuries or withstand g forces—as long as someone’s checked with the robots that they’re cool with us wearing their skin.

At Perdue University, they’ve made an advancement in robotic fabric that takes two features of existing technologies—movement and sensors—and combines them in one material. As assistant professor of mechanical engineering Rebecca Kramer told Purdue News:

We have integrated both actuation and sensing, whereas most robotic fabrics currently in development feature only sensing or other electronic components that utilize conductive thread. We also use standard sewing techniques to introduce the thread-like actuators and sensors into the fabric, so they could conceivably be integrated into the existing textile manufacturing infrastructure.

OK, I know that fabric that can be made to compress and monitor vital signs is good for humanity and this is an awesome advancement in medical science. I know that. But can I just take a minute and express how creepy the idea is? “Oh, sure, we can just add this stuff to regular clothes where they’re already being made. Who knows? Maybe we already did. Your hoodie could just be waiting for the signal to close down around your face while you’re driving.”

Here it is squeezing the life out of some inanimate objects for demonstration: 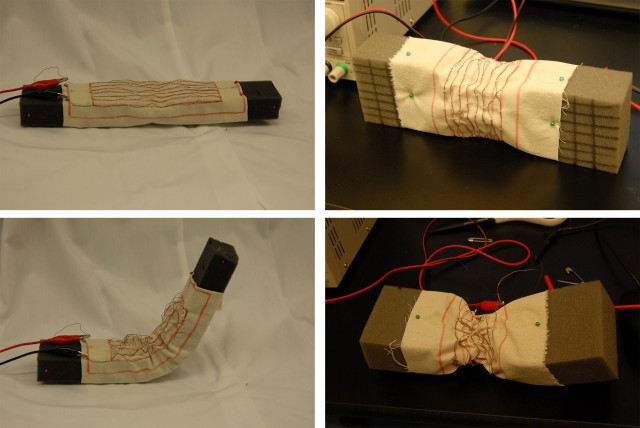 The research, led by Kramer, was funded through NASA’s Early Career Faculty award and could be of great use in space not just for added spacesuit function, but because the material can also be made into skeleton-less robots that function autonomously of an inner body, weigh less, and need much less power than traditional robots.

You know what? This autonomous movement thing has me on board if we can get clothes that we can order to launder themselves. I’ll just have to put my deep-seated Superman 3 issues aside while wearing it, which is a small price to pay for auto-washing clothes.