Wait—Roberto Orci Isn’t Confirmed as the Star Trek 3 Director After All?

He can maybe do zat. 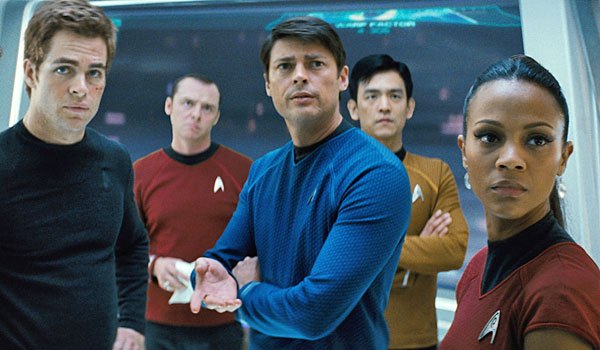 Asked by Collider about directing Star Trek 3, Orci jumped into clarification mode, explaining that him being the director won’t be official until the film is greenlit, which hasn’t actually happened yet:

“Well, I don’t want to count my chickens before they hatch. The studio has yet to even read the script. I’m in the middle of writing it, with the talented team of [John D.] Payne and [Patrick] McKay. They are true Star Trek fans, as well. So, I can’t even think anything about the future until I give them a script and they greenlight it. Until that happens, everything else is just a rumor.”

To hop into a wormhole and travel back to a story we wrote a few weeks ago, the script Orci, Payne, and McKay are working on is one in which the crew of the Enterprise has finally embarked on their five-year mission and started doing some actual trekking in deep space.

Orci indirectly addressed criticism surrounding his hiring, namely that he’s a first-time director, by saying that if Paramount greenlights Star Trek 3 “it’ll be because I have loved Star Trek for so long and the idea of having seen one of the best guys in the business direct two of them already, and to have seen it from the vantage point of a producer too, I know where a lot of the challenges are and where a lot of the fun is… As a writer, I feel the pressure as the returning screenwriter to this franchise. I feel it at the story level.”

I was gonna go with “If Paramount greenlights Star Trek 3 (which they will, let’s be real) it’ll be because they want money,” but OK, whatever you say Orci. They greenlit Star Trek Into Darkness, after all, the script of which (co-written by Orci, Alex Kurtzman, and Damon Lindelof) was kind of a god-awful derivative mess, so I’m a bit more inclined towards cynicism here.