"It really is almost a crime to allow your child to go unimmunised." 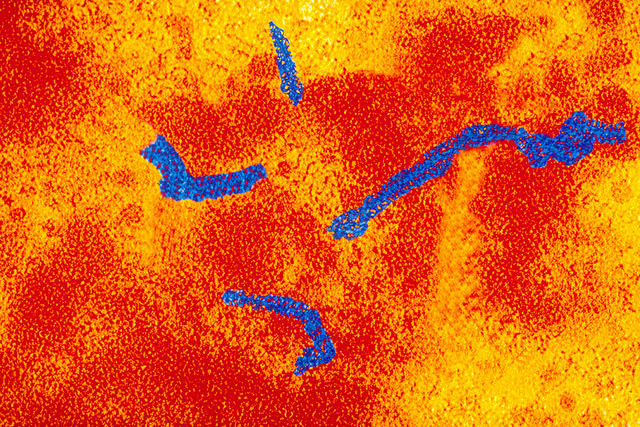 Roald Dahl’s reputation as a public figure hasn’t always fared well in hindsight, with many modern readers noting that the children’s author sometimes demonstrated racism, anti-Semitism, and sexism in both his private life and public works. Regardless, there’s one area in which the author’s first-hand knowledge is surprisingly (and disconcertingly) still relevant.

In 1962 Dahl’s seven-year-old daughter Olivia, to whom he dedicated The BFG in 1982, passed away suddenly from measles. In a letter Dahl wrote in the ’80s that has re-emerged recently in light of the U.S.’ ongoing measles outbreak, Dahl describes the disease’s effects and urges parents to take whatever precautions possible to protect their children:

Then one morning, when she was well on the road to recovery, I was sitting on her bed showing her how to fashion little animals out of coloured pipe-cleaners, and when it came to her turn to make one herself, I noticed that her fingers and her mind were not working together and she couldn’t do anything.

‘Are you feeling all right?’ I asked her.

‘I feel all sleepy,’ she said. In an hour, she was unconscious. In twelve hours she was dead.

Even now, if a child with measles happens to develop the same deadly reaction from measles as Olivia did, there would still be nothing the doctors could do to help her.

On the other hand, there is today something that parents can do to make sure that this sort of tragedy does not happen to a child of theirs.

They can insist that their child is immunised against measles. I was unable to do that for Olivia in 1962 because in those days a reliable measles vaccine had not been discovered.

Today a good and safe vaccine is available to every family and all you have to do is to ask your doctor to administer it.

According to Dahl, Olivia’s measles had turned into measles encephalitis and “there was nothing the doctors could do to save her.”

Vaccinations have become a particularly relevant topic recently in light of the current U.S. outbreak, believed to have originated in December at Disneyland in California. According to numbers released earlier today by the CDC, 102 cases of measles were reported across 14 different states between January 1 to 30th.