What Is Riverdale Going to Do After Luke Perry's Passing? | The Mary Sue

What Is Riverdale Going to Do With Fred Andrews After Luke Perry’s Passing? 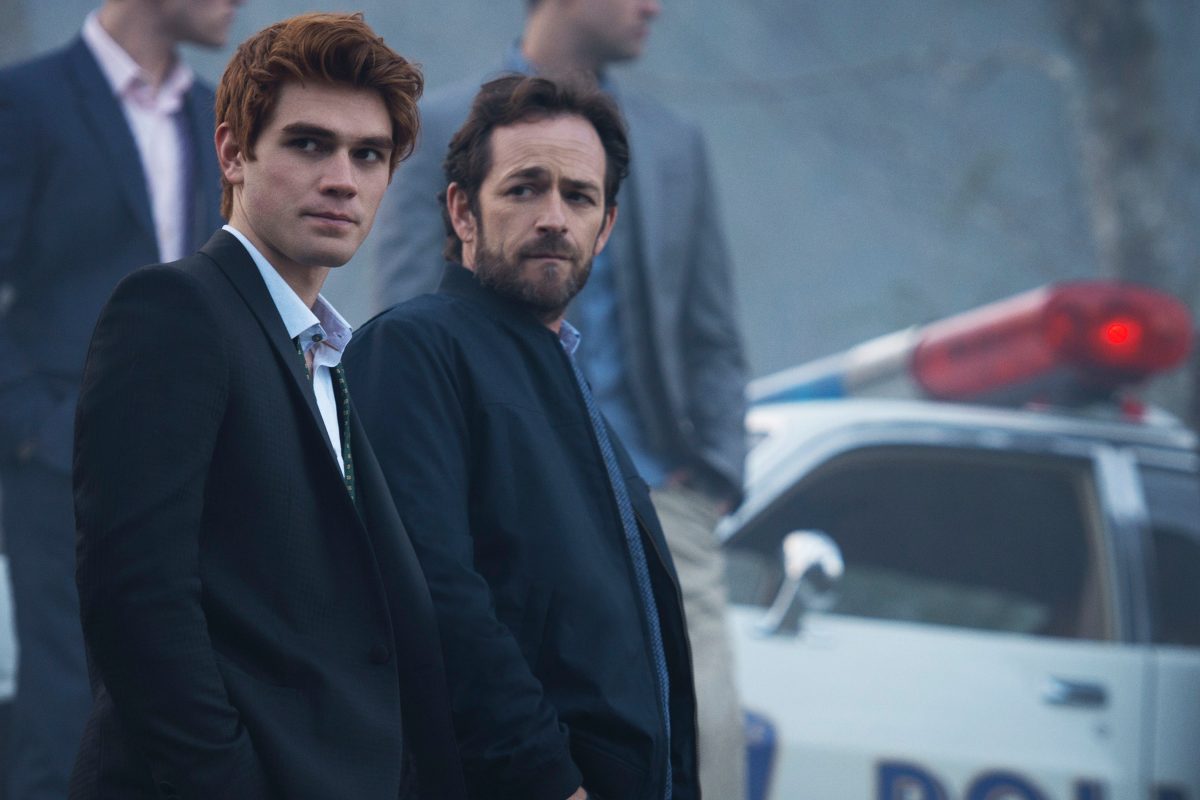 Last night’s Riverdale felt like a great return to normalcy as fans of the show have been dealt a blow over the last week. Luke Perry, who starred as Archie’s father, Fred Andrews, suddenly passed away from a stroke, and many were shocked and saddened by the news. So, how is The CW’s Riverdale going to honor their late father figure?

For all future episodes of the show, there will be a dedication to Luke Perry, honoring his memory and what he meant to the cast and crew who worked with him to bring Fred Andrews to life. With that in mind, what is the show going to do with the character in the future?

We’ve already faced death with Fred Andrews before. At the end of the first season, we watched as the Black Hood shot Fred for his “infidelities” with Hermione Lodge. Luckily, Fred survived the shooting, but it was a weight that sat on Archie’s shoulders for quite some time (until recently, when he had to leave his father in order to save himself from Hiram). So, when a man like Fred Andrews survives incredible obstacles, what does that mean for his future now?

Last night, the show felt like a normal episode of Riverdale, outrageous and completely bonkers, but what we’ve come to love from the CW drama. What felt like a punch to the gut was when Fred Andrews ran into the room to check on his son, who had been stabbed by a child that Archie seemingly pseudo-adopted. (Again, I pointed out that the show went back to the absurdity we’ve come to love).

Seeing Perry in action after all the news of the last few days felt strange, but also good in a way that reminded all of us that we don’t have many episodes left with Fred Andrews. At this point, they’ll have to find a way to wrap up his story that gives props to his character and all he’s done to help Archie and the town of Riverdale, while still remaining true to the storyline that is already set in motion.

After surviving the Black Hood, it would almost feel like a cheap shot to have Fred die from a heart attack or vanish from town, leaving Archie behind. So, as much as it hurts, what if Fred Andrews was the target of one of the G&G missions, and Archie had to send him away rather than see him get hurt?

It’d be heartbreaking and would hurt us all, but it would be in the vein of the show and what we’ve come to expect out of Riverdale. When the time comes when we have to say goodbye to Fred Andrews, there won’t be a dry eye for fans of the show, and that’s as it should be. Luke Perry, as a good dad to Archie Andrews, brought a new love for the actor to many of us, and this loss hurts.