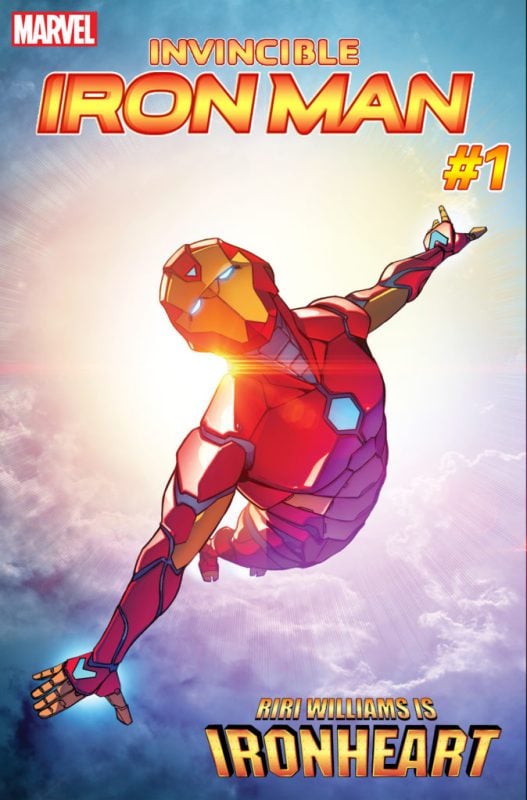 We’ve been looking forward to the evolution of Riri Williams, the black, 15-year-old genius who will be taking on the “Iron Man” mantle in Invincible Iron Man. While we’re not entirely thrilled that a black and/or female writer wasn’t found to take this character on, Riri is still an epic bit of representation in a world of superheroes that sorely needs it. And now, she has her own name. No, it’s not Iron Maiden. Sorry, metal fans/fans of medieval torture devices.

Riri Williams will be known as Ironheart when she makes her official superhero debut in a new Invincible Iron Man #1 this fall. After deeming Iron Woman too “antiquated,” and shuddering at the legal hassle of “Iron Maiden,” it was Marvel’s Joe Quesada who came up with Ironheart. According to an interview with Wired, writer Brian Michael Bendis thinks it’s the perfect name, not only for this character, but for the future of the mantle itself. “Ironheart, coined by Joe Quesada, after I told him my planned story for Riri,” Bendis explains, “speaks not only to the soul of the character but to the Iron Man franchise as a whole. Tony first put on the armor to save his heart. Riri puts it on for different reasons altogether but still heart-related. When people see her story, you’ll be amazed at how simple and brilliant Joe’s suggestion was.” 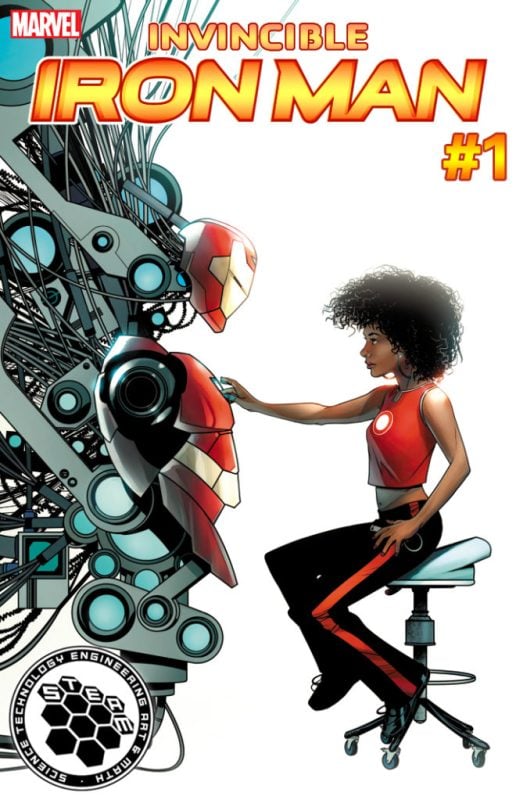 As we know, Riri has already met Tony Stark in the current run on Invincible Iron Man. A student at MIT (which is Tony’s alma mater), she caught his attention by reverse-engineering the Iron Man suit. As her story progresses, Riri develops a new army of Iron Man-inspired suits. Tony notices her passion for justice and desire to help those in need and hands the keys to his Iron kingdom over to Riri.

Looking at the above cover of Riri checking out her handiwork, I’m excited to see what she does with this level of power and responsibility. Still, Tony will always be with her in spirit. Her in-armor A.I, her J.A.R.V.I.S., will be based on Tony Stark’s personality. It’ll certainly be interesting to watch her fly around with Tony in her ear. But more importantly, I look forward to seeing her come into her own. Here’s hoping that Riri is given stories worthy of her intellect and worthy of any successor of Tony Stark. Female and black or not.

(via Polygon, images via Marvel)