RIP Opportunity, the Little Mars Rover That Could | The Mary Sue

RIP Opportunity, the Little Mars Rover That Could

Oppy, which was designed for a 90 day lifespan, lasted an incredible 5,475 days. 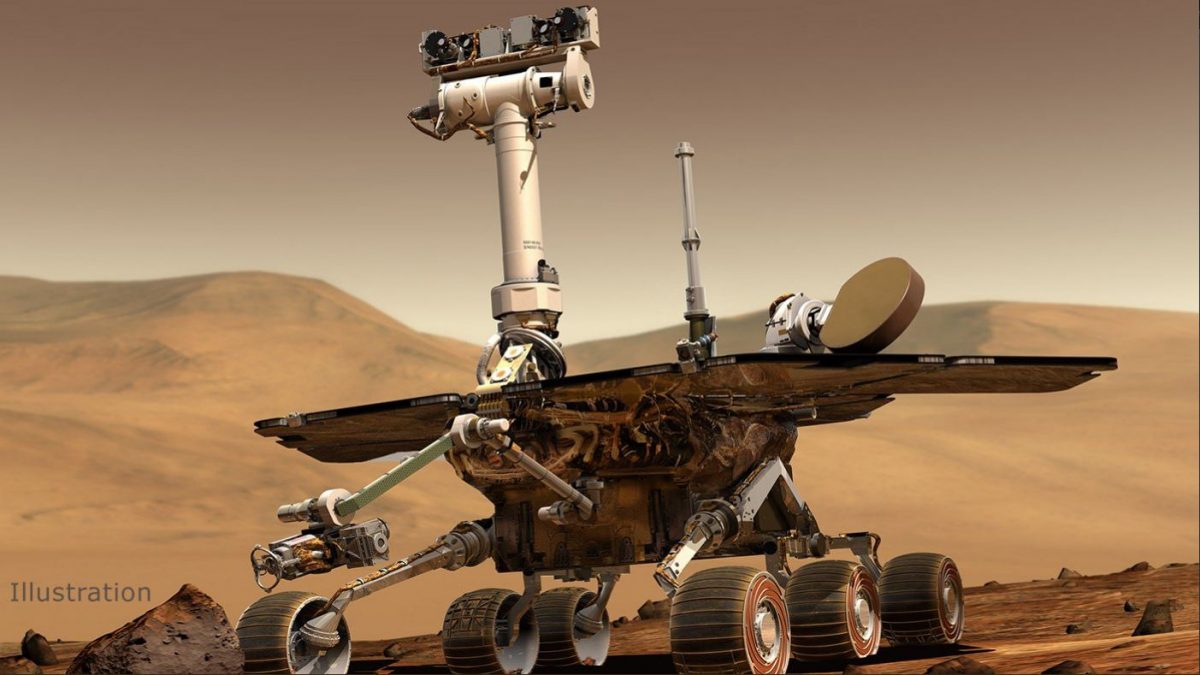 NASA is preparing to say goodbye to their beloved Mars rover Opportunity, which appears to have reached the end of its long exploratory life on the red planet. Opportunity, also known as MER-B (Mars Exploration Rover) or Oppy, launched on July 7, 2003, traveling through space until it landed on Mars on January 25, 2004. Its twin rover, Spirit, had landed three weeks earlier on the other side of the planet.

Since last summer, NASA has sent over 1,000 commands to the rover, and have received no response. Today in a press conference, they are expected to bid the six-wheeled rover farewell.

Project manager John Callas said, “It’s just like a loved one who’s gone missing, and you keep holding out hope that they will show up and that they’re healthy … But each passing day that diminishes, and at some point you have to say ‘enough’ and move on with your life.”

In addition to its unprecedented lifespan, Opportunity provided the world with valuable geological information about Mars. The rover discovered extramartian meteorites such as Heat Shield Rock (Meridiani Planum meteorite). It also discovered evidence that there was once water on Mars, which may have been a possible breeding ground for extraterrestrial life.

Deputy project scientist Abigail Fraeman said, “It gives you an idea just how long this mission has lasted. Opportunity’s just been a workhorse … it’s really a testament, I think, to how well the mission was designed and how careful the team was in operating the vehicle.”

Many people took to Twitter to mourn Opportunity and its historic run:

A moment of silence for the little robot that could and its poignant last message “My battery is low and it is getting dark.”

Then raise a glass to Oppy’s engineers, who built a machine that lasted 5,475 days into its 90-day mission. https://t.co/vemZ4ItkQ7

Pour a little on the curb for #opportunity — the little rover that could. https://t.co/IYW43ZIxK6

A sad, sad development for #Opportunity and for @NASA. Perhaps one day we shall find you again, friend, when humans finally set foot on Mars. https://t.co/RCjDk4huAL

Apparently there’s one about #Opportunity, too. #OppyPhoneHome 😭

I’m sure it’s already been done… but I felt compelled to try it myself. Goodbye #oppy #Opportunity pic.twitter.com/aHdRsoGr73

No, I’m not crying over a Mars rover, YOU’RE crying. RIP Oppy, you were the best rover that ever rovered.