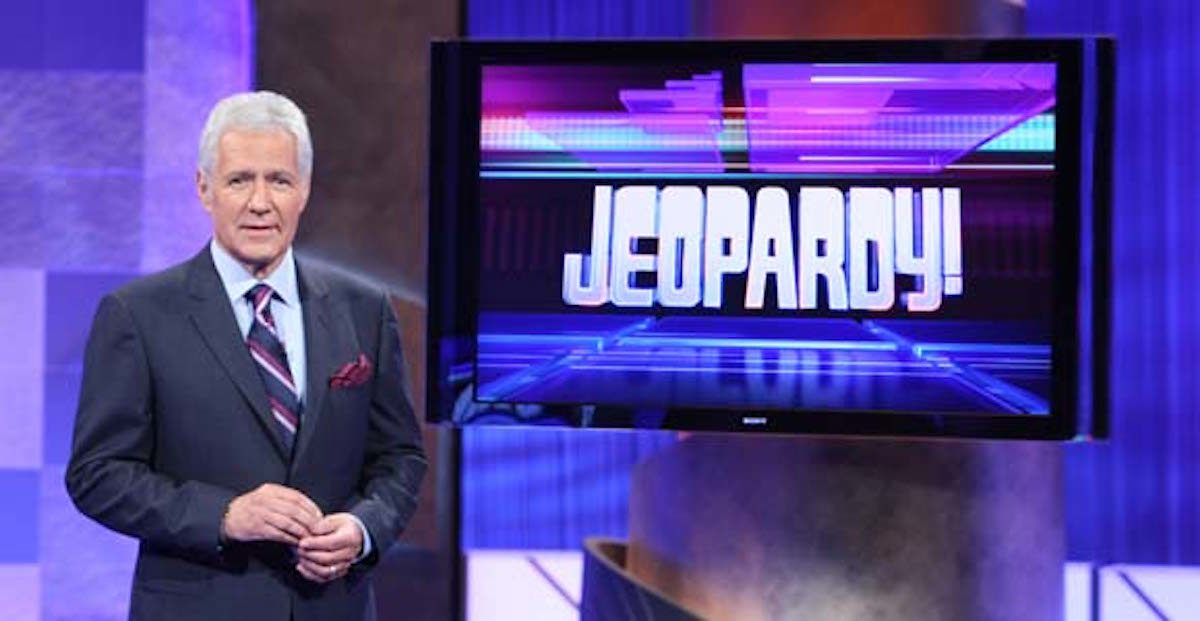 Jeopardy! host Alex Trebek has passed away at the age of 80, after a battle with pancreatic cancer. The television icon was beloved by audiences everywhere thanks to his 36 year tenure as the host of the popular trivia game show. His passing was announced via the official Jeopardy! Twitter account, which read “Jeopardy! is saddened to share that Alex Trebek passed away peacefully at home early this morning, surrounded by family and friends.”

Jeopardy! is saddened to share that Alex Trebek passed away peacefully at home early this morning, surrounded by family and friends. Thank you, Alex. pic.twitter.com/Yk2a90CHIM

Trebek, who announced his cancer diagnosis last year, said at the time, “I have lived a good life, a full life and I’m nearing the end of that life.” Over the course of his career, Trebek won five Daytime Emmy Awards for outstanding game show host, and in 2011 he received a Peabody Award for “encouraging, celebrating and rewarding knowledge.” In 2011, Trebek received a lifetime achievement award from the National Academy of Television Arts & Sciences.

Trebek and Jeopardy! also hold the Guinness World Record for the most gameshow episodes hosted by the same presenter (same program) since June 13, 2014. Over 37 seasons, Trebek has hosted more than 8,200 episodes of the series. For many of us, Trebek was a comforting television staple, a familiar face and voice that has been with us for as long as we can remember. It feels impossible to imagine Jeopardy! without him.

The Ontario born Trebek was always a source of comfort and entertainment, and his commitment to education extended well beyond his hosting duties. Trebek sat on the boards of the National Geographic Society Education Foundation and the National Advisory Council for the Literary Volunteers of America, and participated in multiple charities and outreach programs throughout his life. He inspired a love of knowledge and trivia in several generations of viewers.

Many took to social media to remember Trebek:

Alex Trebek was a gentleman, and it was a privilege to share the stage, even briefly, with such a kind, thoughtful guy. Rest in Peace. pic.twitter.com/moZrpOhLwA

Thinking today about his family and his Jeopardy! family—which, in a way, included millions of us.

We have lost an icon. Almost every night for more than three decades, Alex Trebek entertained and educated millions around the world, instilling in so many of us a love for trivia. My deepest condolences to his family, friends, and all who are mourning this tremendous loss. pic.twitter.com/XoobAfJwBv

Alex Trebek holds a special place in my heart. He was like Mr. Rogers, or Carl Sagan on Cosmos, or Bob Ross. Somebody kind who just wanted to share knowledge with us.

Alex Trebek’s courage, grace and strength inspired millions and awed those of us who knew him. A tremendous loss for his family, friends, co-workers and countless viewers. I was honored to be a friend and a part of his professional family for all these years. A very sad day.

As someone who himself didn’t speak a word of English when I immigrated here—this hits me right in the feels.

There were days we thought we might not make it. But we have…we pulled off what seemed well nigh impossible . Great crew. Lovely cast . Top director. Phew- and CELEBRATIONS. #JurassicWorldDominion #JurassicPark https://t.co/MCzIo3efxF

I had to join @LesleyAnnBrandt and her bad ass slay! 🖤🦇 pic.twitter.com/5Xp8MVMP7X