Is The Riddler the Villain in Next Batman Movie? We Approve, but Only If It’s Neil Patrick Harris 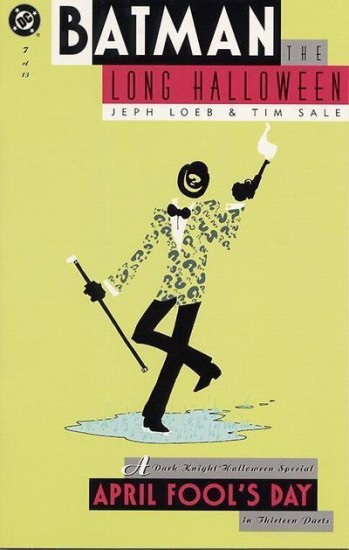 The Internet is fair bursting at the seams today with unsubstantiated rumors regarding plot details of the next Christopher Nolan Batman movie. Specifically, that the Riddler is the villain.

If you consider opinions to be more interesting than rumors that, while they may be true at the moment, are zipping around cyberspace at a time when the screenplay has not even been written yet, then by all means, join us behind the jump.  Since the movie doesn’t even have a title yet, we’ll call it Batman 3.

There might, in some universe, be some merit to putting a spoiler warning here.  If you would consider yourself to be spoiled by unsubstantiated “fact from the vapor of nuance” regarding information you will be able to pick up from a single glance at the movie’s poster, and a healthy dose of speculation and personal wish making, then don’t click the link.

If the Riddler were to be the main villain in Batman 3:

Despite her trust in the Begins/Dark Knight team, this Bat-fan would be disappointed.  My favorite interpretation of the Riddler isn’t the criminal mastermind at the top of his game, but rather the washed up genius who gets pushed around by every stronger member of Gotham’s criminal element and never killed because he’s just too damn useful.  If Gotham was a high school, he would be stuffed in a locker.  The guy who would be a tragic genius with an unstoppable Achilles heel, if he didn’t have an ego to rival the Joker’s.  In other words, Jeph Loeb‘s the Riddler. 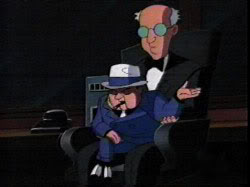 The other reason that I would be disappointed is a bit less analytical and more subjective.  I already have a pick for next big villain in the current Batman franchise, and I’ve grown quite attached to it.  I would really really like to see Christopher Nolan interpret Scarface and the Ventriloquist, for a number of reasons.

Scarface fits nicely into the progression that Nolan has set up in the movies: moving Gotham from a city dominated by organized crime to a city frozen by high profile serial killers.  Then there’s the potential that lies in Two-Face/Scarface interactions.  That’s a four person conversation being carried out by two people, and I would suggest that there is no such thing as too many split-personality gangsters in one movie.  Since Aaron Eckhart signed a two movie deal, the appearance of Two-Face is a pretty safe bet.

As for tone, I have every confidence that Nolan could show us an incredibly creepy puppet mafia don.

If the Riddler really is in Batman 3:

More likely than not, Christopher Nolan is fairly fond of Jeph Loeb’s Riddler, considering that many of the nods made from the movies to specific comics are made to The Long Halloween, the phrase “I Believe in Harvey Dent” being the most obvious example.  If the Riddler were to be a secondary character in Batman 3, much in the same way as Mr. Zsasz or Carmine Falcone were in Batman Begins, and the Scarecrow was in The Dark Knight, we think it would be a great place for the character.