Game Of Thrones’ Richard Madden Is Your New Prince Charming 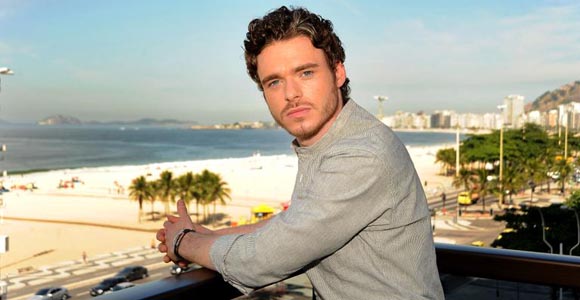 The King in the North has been demoted to Prince. Charming, that is.

We previously brought you the possibility of this casting, now we can call it official. Richard Madden, who so wonderfully plays Robb Stark on HBO’s Game of Thrones, has landed the role of “the Prince” in Kenneth Branagh’s Cinderella. He’ll play opposite Downton Abbey’s Lily James, already cast in the title role and Cate Blanchett as the evil stepmother.

The interesting thing about this project is we still have no idea what direction they’re going to take it. It’s a Disney project, yes, but does that mean they’re going to go the same direction as their animated feature from 1950? I’d say most likely not. They’re looking to duplicate the success they had with Tim Burton’s Alice in Wonderland but if you recall, original director Mark Romanek and Disney parted ways because his take was too dark for their tastes. Factor in the more recent blockbuster that was Snow White and the Huntsman and you can bet this won’t be your average fairy tale story.

The Devil Wears Prada writer Aline Brosh McKenna wrote the original screenplay which was last said to be getting a makeover from Chris Weitz. Any which way you look at it, I think Disney made a really smart choice going with Madden for this particular role.