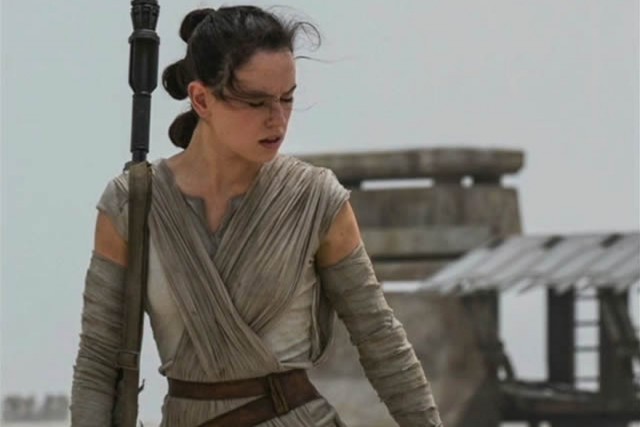 One of the newest, thoroughly discussed mysteries of the Star Wars universe is something fans have been debating since the premiere of The Force Awakens–who are Rey’s parents? We’re introduced to her character in the film as she waits for the return of her family on the desert planet Jakku, scavenging just to survive while literally counting down the days since she was abandoned. While she was eventually assured by Maz Kanata that her family was never coming back–at least not to Jakku–it begged an even bigger question: will we, at some point, find out who Rey’s parents are and where they’ve been this whole time?

Thanks to TFA director J.J. Abrams, now we know who Rey’s parents aren’t. In a Q&A session at the Tribeca Film Festival yesterday, Abrams fielded a question from an audience member inquiring about the identity of Rey’s parents–but it’s also possible he may have given us further evidence to rule out some popular fan theories:

Rey’s parents are not in Episode VII. So I can’t possibly say in this moment who they are. But I will say it is something that Rey thinks about, too.

Hmm. Not in Episode VII, eh? That would certainly dispel the widely-populated fan theory that Luke Skywalker is Rey’s father, or even that she’s the long-lost daughter of Han Solo and Leia Organa. So given that Abrams is saying that her parents won’t show up in the next movie, that means it could very well be brand-new characters–or ones that haven’t yet popped up in the new films yet, even though they exist somewhere in the universe.

In a later interview with Entertainment Weekly, Abrams clarified his comments during the Q&A: “What I meant was that she doesn’t discover them in Episode VII. Not that they may not already be in her world.”

Basically: the identity of Rey’s parents is still a mystery–but now we can check some names off everyone’s list.