And a better script, but let's start with one thing first. 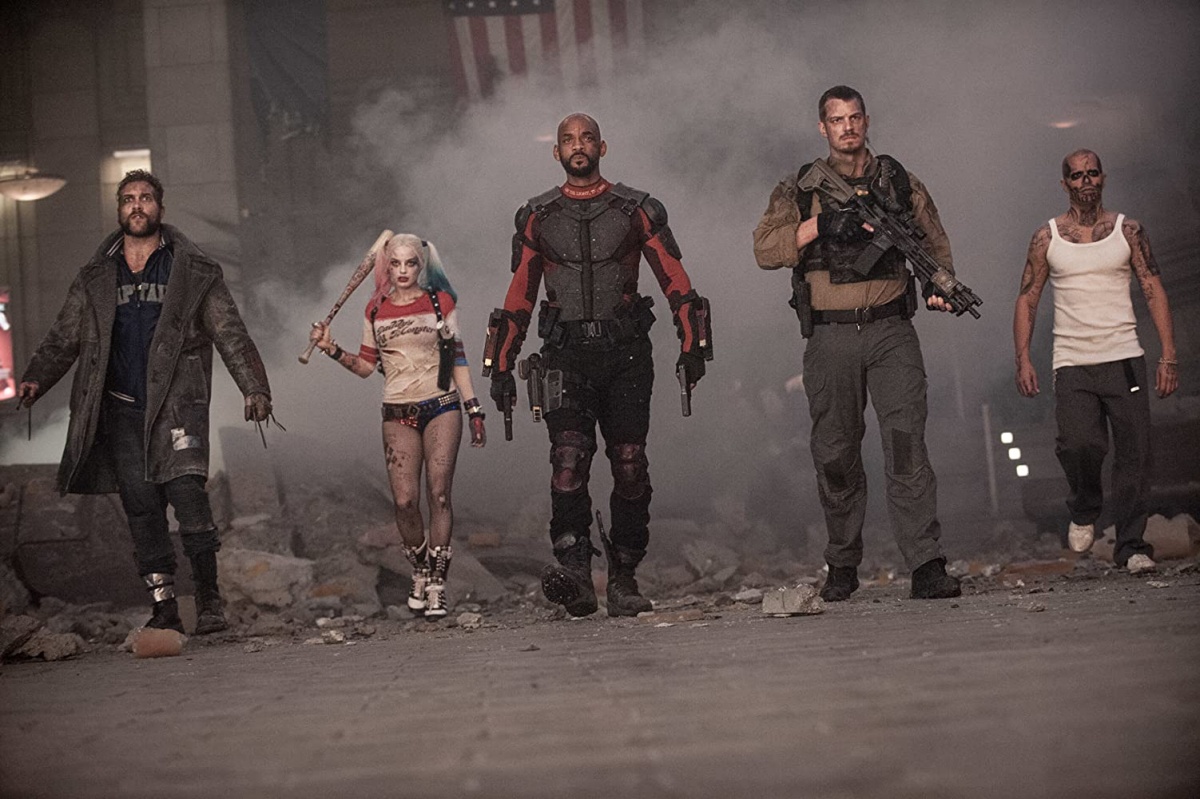 Following the death of Superman from Batman v Superman, Amanda Waller (Davis) decides that she needs to create Task Force X, a secret government group for the United States, made up of felons, that would be able to combat Superman. Who is this A-List group of supervillains that will be able to take on a Superman-like threat? Well, we have Deadshot (Will Smith), Harley Quinn (Margot Robbie), Captain Boomerang (Jai Courtney), Killer Croc (Adewale Akinnuoye-Agbaje), El Diablo (Jay Hernandez), and Enchantress (Cara Delevingne). Oh wait, I forgot Slipknot (Adam Beach), the man who can “climb anything.”

Superman is quaking in his coffin.

Seriously, the very premise is outrageous because there is no way Amanda Waller thinks that Captain Boomerang can compete with someone like Superman. The only two people there who could stand a chance are El Diablo maybe (Superman is invulnerable) and, of course, Enchantress, who has magic—one of the only things he’s weak against.

When Enchantress turns against Waller, because of course she does, the “squad” is put in a situation where they now have to save the world from a magical witch, with the power of friendship and one enchanted sword. Now, if this were an anime, I would have totally been able to rock with these stakes. Sadly, for a $175-million movie, I would expect a little bit more thought.

Sadly, this comes with the whole fact that most comic book movies have an element of “we need to save the world,” and while that can work for most, in the case of Suicide Squad, it needed to be a much smaller movie—one that allowed our villain protagonists to actually be villains. The film quickly puts them against a bunch of faceless, already corrupted humans so that they can kill with no stakes.

Just look at Batman: Assault on Arkham, the 2014 DC animated film. It has Amanda Waller activating the Suicide Squad to recover a thumbdrive in the Riddler’s cane after he’s put in Arkham by Batman. The same “if you disobey, you will be killed” rules apply, but the task is a much smaller story. It doesn’t stop it from being fun, violent, and compelling. They even manage to crowbar the Joker into the narrative, abet in a more natural way than the live-action film.

I know I have already sung the praises of Birds of Prey, but for an equally “music video”-style, ensemble-driven story, I think it showed the importance of not having every outing be a huge “save the world”-type situation. Heist films are popular for a reason.

What do you all think of Suicide Squad, and have your thoughts changed over time?