Revisiting the Brilliance of 'Emo Kylo Ren' | The Mary Sue

Revisiting the Greatest Thing to Come Out of The Force Awakens, “Emo Kylo Ren” 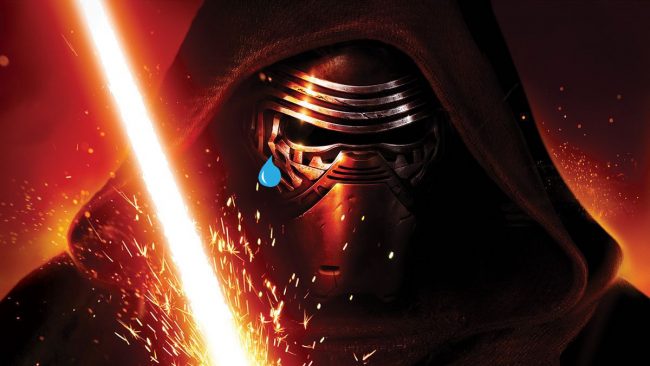 There were so many things I loved about Star Wars: The Last Jedi, not the least of which was the joy I got watching Kylo Ren whine and moan his way through the entire movie. No spoilers here, but it should not be a spoiler by now to hear that Kyo Ren is a whiny-ass bitch.

Throughout the entire movie, every time young Ben whined at anyone, my mind kept returning to my very favorite thing to come out of The Force Awakens: the Emo Kylo Ren Twitter account.

If you somehow missed this account the first time around, I am jealous of the rabbit hole you’re about to go down.

The account manages to mock everything mockable about the character. It captures Kylo’s general hipstery perma-mope.

But it also dives into deeper issues, all while remaining succinctly hilarious. It addresses Ren’s anti-Rey MRA pathetic-ness.

It also embraces a larger misogyny, and a deeper darkness.

In fact, it attacks this specific type of moody, entitled, MRA internet culture sort of dude head-on. And it ties it specifically to the issues the rest of us face every day.

it's about ethics in Force journalism

This Twitter account is absolutely one of the–if not the–best things to come out of The Force Awakens, and I’ve been lightly obsessed with it since its launch.

But I didn’t know until just last week that the brainforce behind the account is the brilliant political satirist Alexandra Petri, one of my very favorite brains on the entire internet, and pretty much the person that sold me on my Washington Post subscription.

I spent much of TLJ wanting to revisit this account, and I’m glad to see that Petri has reactivated it to meet the undying emo Ren demand.

dear diary
there have been some changes