Review: The Wicked + The Divine 1831 Is a Gorgeous Twist on the Romantics 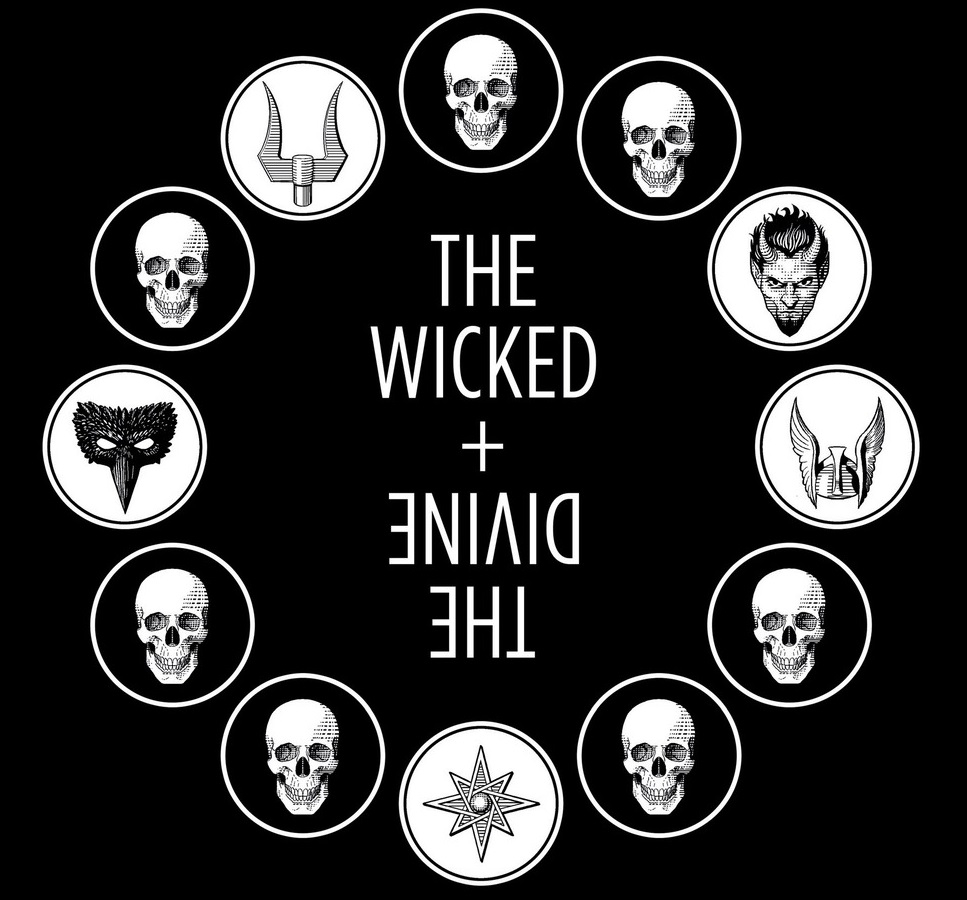 Getting what you wanted isn’t necessarily the same thing as getting a happy ending. This has been true over and over again for many characters in The Wicked + The Divine (or “WicDiv,” as it is often shortened). This was also true for Claire Clairmont, stepsister of Mary Shelley and casualty of the hedonistic free-love idealism that, as she would write later in life, turned her lovers into monsters. The Wicked + The Divine 1831 one-shot is a reimagining of Clairmont’s cautionary tale, and since we’re talking about WicDiv it is not a spoiler to say that the tragedy remains. This is, after all, a book that promises from the onset that its pantheon of young gods will be loved and hated, and within two years, will be dead. 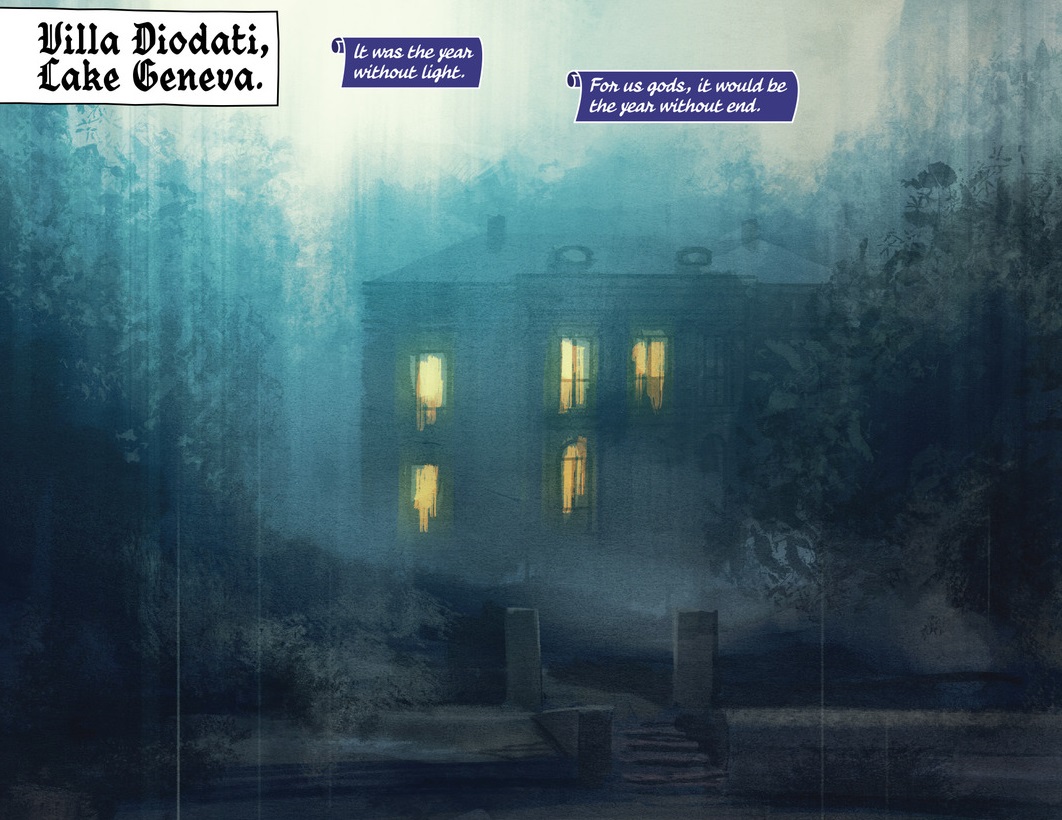 The lyricism of artist Stephanie Hans is ideal for a story about the remaining Romantic-era pantheon whiling their last hours away on that fateful night at Lake Geneva. The pages shimmer with tension and magic, painted with the sensual attention to light, color, and texture so characteristic of Hans’s art. The book’s usual art team, Jamie McKelvie and colorist Matt Wilson, have established light and color as signifiers of a god’s performance of power, and it’s nice to see Hans carry that motif through in her own style. She adds to the mix of visual cues a distinctive textural change, from silky and painterly to linework that appears almost etched or woodcut, indicating a shift in time and place within the narrative. 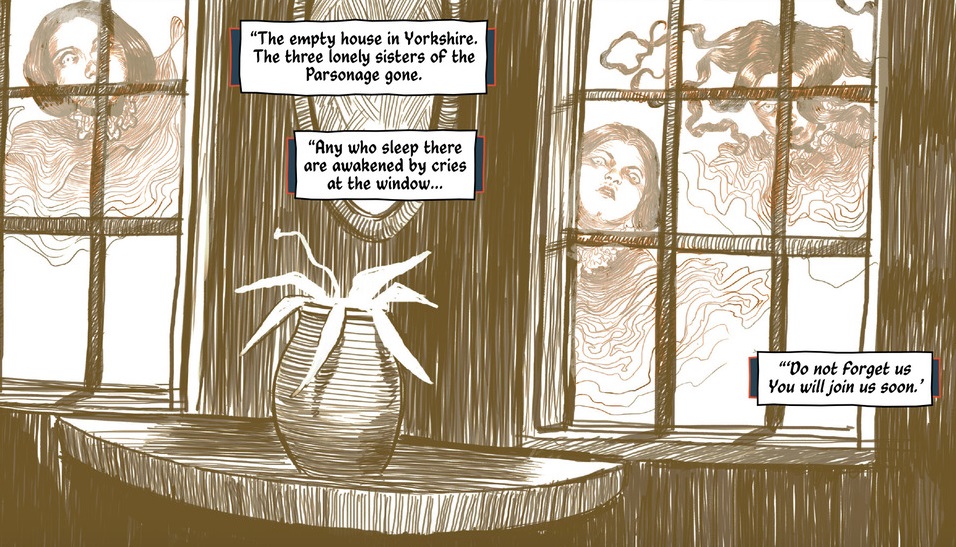 From its first arc, WicDiv has been one mystery after another. A hallmark of this book’s fandom is their intrepid theorizing of WicDiv’s whys and wherefores. Why must the gods die within two years of their ascension? Why do people become the particular gods they do? What does it all mean for the book’s broader themes of identity and loss, fame and creativity?

1831 isn’t going to spoil anything for trade waiters (Rising Action, the trade for the fourth arc, is out in a few weeks), but it will give theorizers at any stage of reading a lot to think about. Comparison is an important tool for understanding a thing. The parallels and contradictions between the 1831 pantheon and the current one are certainly not inconsequential in a book so meticulously structured as WicDiv. 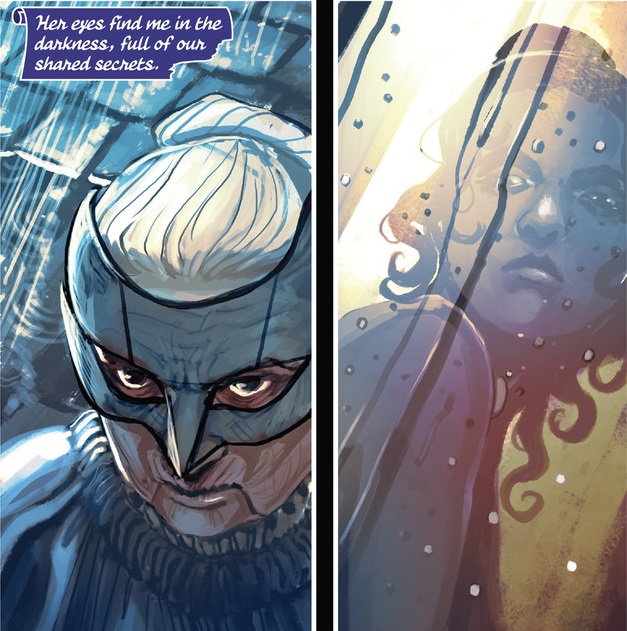 I suspect there is significant overlap in the Venn diagram of WicDiv readers who glory in divining meaning out of the book’s clues and readers who love a good Romantic tragedy. I’m reticent to be more specific, as I would surely take the fun out of the treasure hunt, but Easter eggs abound for both types. Like the characters of the main storyline, the historical adaptation is loose, so the factual dates and details of figures like Percy Bysshe Shelley and Lord Byron are less important than their archetypal symbiosis with the mythology of WicDiv.

This symbiosis is crucial when it comes to a central point of the story, the idea of creation made manifest as living creatures. It is treacherous territory, conflating creation with childbearing when telling the stories of women, but here there is some nuance to consider. The loss of her children was significant to the real Mary Shelley, and the death of children is significant in WicDiv. Clairmont’s pursuit of Byron, and the consequences thereof, is easily fashioned here into a pursuit of divinity itself (with similarly mixed results for her, in the end). The peril of Prometheus, a concept woven into the layers of WicDiv, is also tightly bound into both the creative output and autobiographies of Shelley and Clairmont. Creation and procreation in this story are less a comment on the creative nature of women as a way to ground these historical figures within the landscape of WicDiv.

These past pantheon one-shots won’t be included in the regular trades (there are plans to collect them, but not until the series is finished), so pick up the single issue if you want to check it out. And you definitely will want to, because the 1831 one-shot is a gorgeous and innovative twist on the Romantics, young people who in their real lives were so loved and hated and touched by tragedy, you almost have to wonder just how made-up the magic of WicDiv really is.

Tia Vasiliou (aka “Lou”) is a Digital Editor at comiXology and occasional podcast host on The ComiXologist. Her favorite WicDiv god is Baphomet, and for this she is duly ashamed of herself.