Review: The American Meme Is a Plunge Into the Chaotic World of Social Media Stars

4/5 cute little dogs because I maybe like Paris Hilton a lot more now? 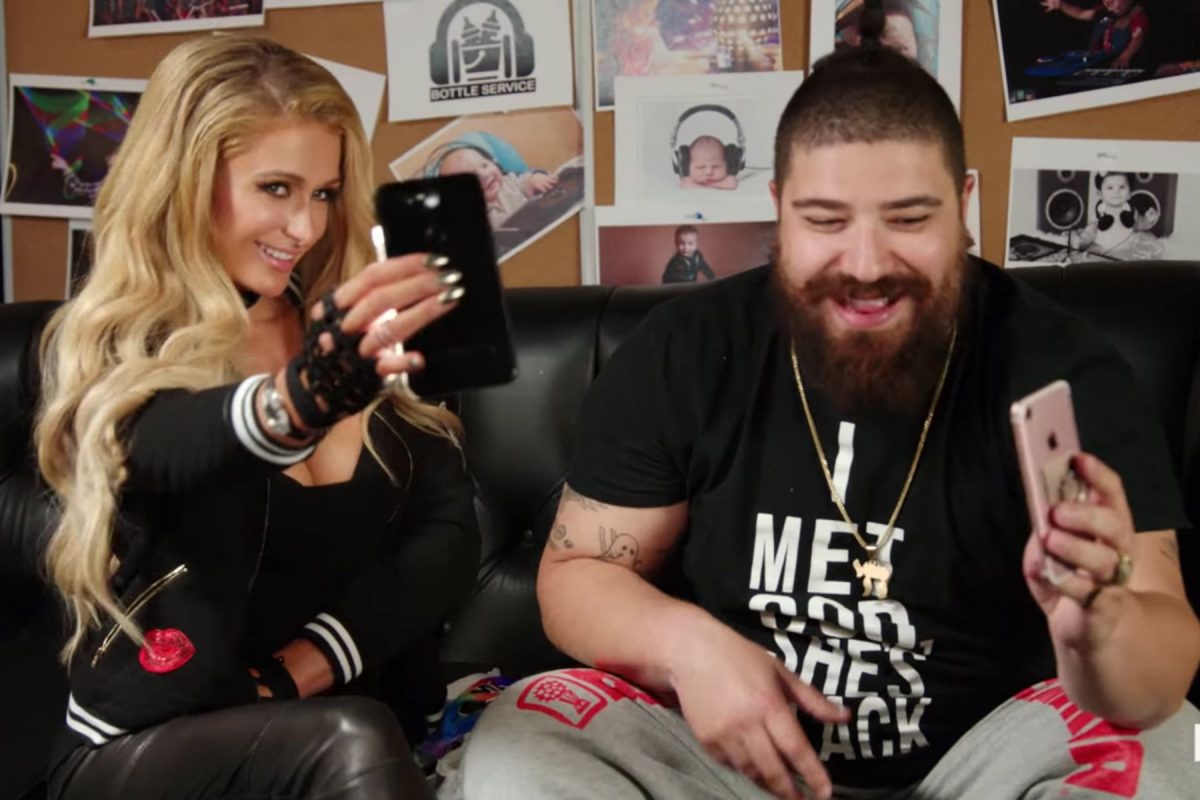 We live in a society where the number of likes we get and the follower counts we have on social media can define who we are. I can say this from personal experience: I am someone who carefully curates my own account. If something I post doesn’t get the attention I think it should, I will go through and delete it because I want my account to look a certain way.

After watching Bert Marcus’ documentary The American Meme (available on Netflix), it’s easy to see how warped we can feel based on our presence on the internet, and how much it dominates our everyday lives—one like at a time.

The American Meme follows four social media superstars: Paris Hilton (@parishilton), Josh Ostrovsky (@TheFatJewish), Brittany Furlan (@brittanyfurlan) and Kirill Bichutsky (@slutwhisperer), with additional appearances by the likes of DJ Khaled, Emily Ratajkowski, and Hailey Baldwin. The film opens and closes with an emphasis on Hilton, who emerges as a thoughtful business mogul all too aware of the role she’s played in the spotlight for the last two decades.

Many of us grew up with a Twitter account or knowing what to post on Instagram to get the most likes. That social media world we live in today is hugely indebted to Paris Hilton. As the movie points out, Paris was the pioneer of the glitzy celebrity life we all aspired to be able to share. The fancy clothes, fabulous wealth, going to all the best clubs in the world, having a fanbase that worships you. Paris was the epicenter of the world’s attention, online and off.

But Paris’ fame came at a cost and frequent exploitation from too many people. Her personal life became public consumption. When the horror movie House of Wax premiered, it centered its marketing around letting everyone watch Paris die. Theaters cheered when she was murdered and I even remember being the audience and watching it happen as if it was some kind of sick enjoyment.

The American Meme brings a level of humanity—and vulnerability— to these social media influencers and icons that we never get to see. Sure, the Fat Jewish still acts as if him stealing jokes without credit (in the beginning) was just to build his brand and asserting that everyone does it, which is a tenuous argument at best. But he also recognizes that his fame isn’t going to last forever, and works to establish himself in multiple ventures for a time when the influencer bubble pops. He emerges as cynically self-aware, using social media in all the ways he can before it can use him up.

Paris Hilton was targeted in the press and gossip pages, but she went on to build an entire empire right under the noses that we turned up at her. And she’s still trying to overcome everything that we labeled her as. The movie highlights her connection to the fans who adore her; these seem to be people that she knows she can trust. Their adoration is pure and good-hearted, unlike so many who have tried to piggyback off of her name for their own ends.

To see the level of loneliness and unfulfilled nature in some of these high-powered influencers is what makes The American Meme so good. It isn’t just another movie showing us the pitfalls of social media. It is a film that specifically demonstrates that, even with the fame and attention we all crave, they’re still going through the same emotional issues as the rest of us. For some of the subjects here, you can have millions of followers and still feel desperately alone.

Kirill Bichutsky, known as “slutwhisperer,” was a surprisingly sympathetic character in the documentary. A photographer and nightlife sensation who’s paid now to essentially show up at clubs all over the world and douse scantily clad women with champagne, the real Bichutsky seems quite divorced from his crude persona. Exhausted, emotionally and physically drained, living out of hotel rooms, Bichutsky has fans willing to tattoo his signature on their bodies but doesn’t seem to have real connections and a support system outside of his family. His felt like a cautionary tale about living a high-flying, hard-partying lifestyle that most people think they would kill for, only to find misery therein.

Brittany Furlan, who was the most followed female video star on Vine, opened up about her past with her mother and depression. Furlan brought to light an issue in the movie that really hit home: the problem of a celebrity and their significant other. She’s not the first and only person to lose followers because of someone she’s dating (in this case, Mötley Crüe’s Tommy Lee), but it is something that fans think they have a say in. Time and time again, we’ve seen people attacked because they’re dating a celebrity that fans feel they have a claim over; at the same time, celebrities are attacked for their dating choices. When you’re a public commodity, people feel as though they have stock in your decisions. But Brittany says it perfectly in the film that because she’s finally happy in love, she just doesn’t care any longer.

The American Meme is an introspective look at how we view internet celebrity and the scramble for social media relevance. Beyond our always-on screens, it also shows the real human need for attention and gratification. It brought Paris Hilton to life in a new way for me, one that made me realize that I let the media give me a perception of her rather than looking into her and what she stood for and could do for herself. After watching this documentary, I’m not going to be able to look at social media—and the stars it inflates and deflates—in the same way again.

I highly recommend The American Meme. It is currently available on Netflix, and it is going to change the way you view both social media and society.