Review: Summer ’03 Is A Messy, Heartfelt Exploration of Growing Up And Coming Of Age

Plus it has a Harry Potter themed fantasy and who hasn't been there? 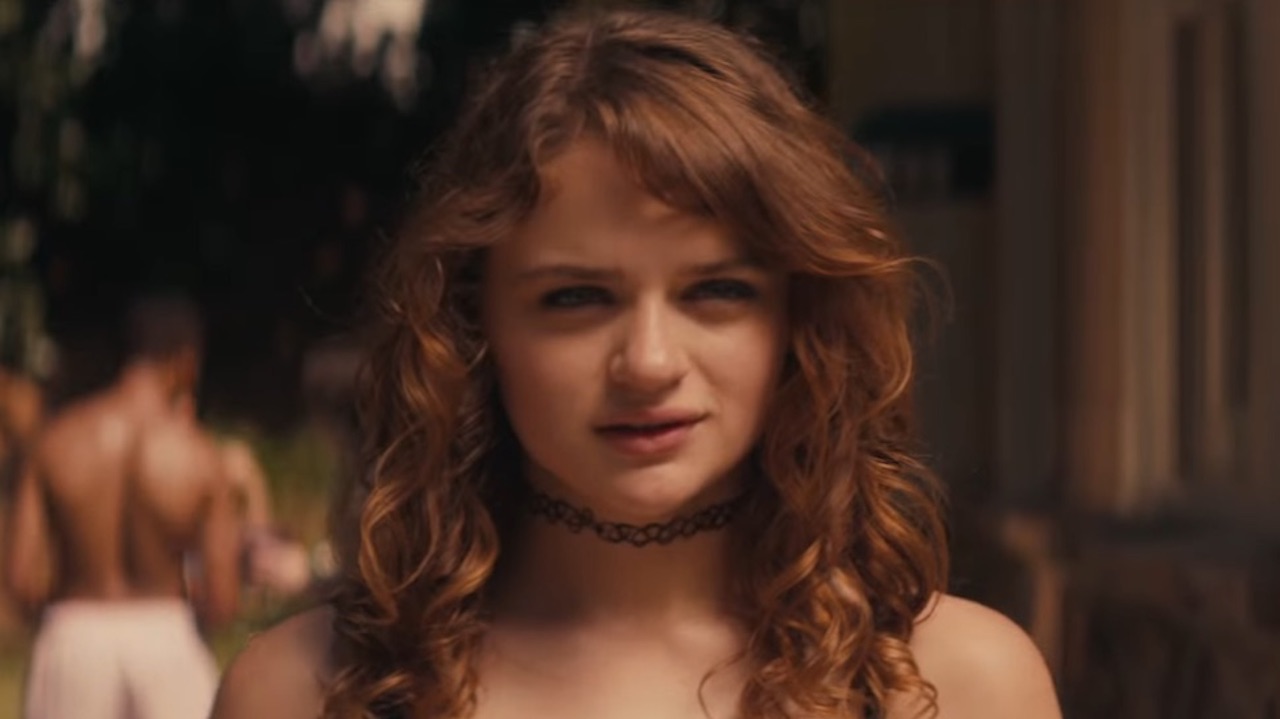 Summer ’03, from writer/director Becca Gleason, is not perfect, but for a debut feature, it presents a case for her having a distinctive and powerful voice worth listening to. The story of Jaime (Joey King) and her family’s week from hell is in turn hilarious and painful, absurd yet familiar. And while there will be certain elements that will divide audiences, it’s worth a watch if only to see Gleason showcase her talents and innate understanding of what it means to be a teenage girl. Minor plot spoilers follow.

For Jamie, who’s left to deal with two massively complicated topics (sex and religion), it comes to ahead in the form of Luke (Jack Kilmer), who’s a week away from becoming a priest. Teenaged Jamie is drawn to him and the two develop a taboo relationship, which doesn’t quite go the way you think while still making my skin crawl a little.

For those of you who read that section and immediately threw up a red flag, don’t worry: the power imbalance and general creepiness of that gets called out at multiple points during the film, especially by Shira (Andrea Savage), Jamie’s mother who’s contending with problems of her own. Shira, despite being the mother in a teen coming-of-age drama, is not the antagonist here. Following the death of a mother-in-law who hated her (and was incredibly anti-Semitic) and her husband’s reaction to the death, Shira is working through issues of her own in a not-so-healthy fashion, as well as trying to make sure her daughter is okay.

There are a whole host of familiar characters, such as the sexually experience best friend Emily (Kelly Lamor Wilson), and the guy friend with a crush March (Stephen Ruffin, effortlessly likable) who’s trying to discover himself. What’s refreshing about these characters is that they don’t behave in the way we expect them to behave. Emily is never shamed for being a sexual being. March doesn’t get the girl through being a nice guy, even though he is a genuinely good guy. They don’t just accept Jamie’s grief and ensuing bad behavior either; at one point towards the climax of the film, Emily tells Jamie that just because her grandma died “doesn’t mean you have permission to be a b—h.”

Jamie herself is a messy, complex, downright unlikeable character at times. She cusses. She’s sexually active. She behaves abominably and then owns up to her mistakes. She is afforded the messiness that male characters are given in coming of age films, and King delivers her best performance of the year in the role, making Jamie seem even more real and relatable. Also, her obsession with the Harry Potter books hit way too close to home; I’m pretty sure I’ve also bemoaned how you can never trust a guy who doesn’t like Harry Potter before.

Of course, we can’t talk about this film without discussing the absolutely unsexy way that it deals with sex. There is no male gaze here. Instead, sex is presented as being this awkward, odd thing that is both terrifying and fascinating to Jamie. Gleason is masterful in how she presents Jamie’s sexual awakening as not being something tantalizing or for the enjoyment of the male audience, but rather as something that’s a little bit uncomfortable for the audience to be intruding on.

Audiences will be divided on some parts of the story, especially the romantic plot between Jamie and Luke, but for Gleason’s talents alone as a storyteller and director, it’s worth giving the film a shot. For a debut film, it has a strong voice and clear visual style, and I personally feel that she has a very bright filmmaking future ahead of her. The film is currently out in Los Angeles and New York City, and will be rolling out nationally over the coming weeks.