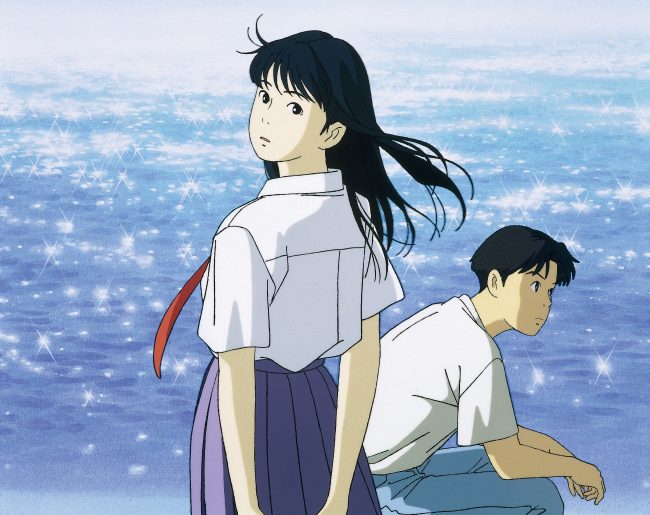 Ocean Waves, a Studio Ghibli movie previously unreleased in the United States, came to theaters not too long ago, and is prepped for home video formats Spring 2017. While Ghibli fans have no doubt found their own ways to watch the 1993 film in the past—I myself watched it in Chinese as a child—it’s an exciting opportunity to share the movie with those who haven’t heard of it or to rewatch a slice-of-life film about youth and the messiness of friendships and crushes.

A bit of background: Ocean Waves was the first film by the studio that was not directed by Hayao Miyazaki or Isao Takahata, but by a staff of younger employees, Tomomi Mochizuki, and Kaori Nakamura. The film is adapted from a novel by Saeko Himuro, which comes across heavily in the narration by our protagonist—a teenager named Taku whose country life suddenly turns eventful when a new Tokyo transfer student, Rikako, comes and his best friend Yutaka develops a crush immediately.

If it sounds like a conventional format, that’s because it is. In fact, Ocean Waves doesn’t feel like it fits in well with the rest of Studio Ghibli’s work because it’s so dedicated to a fiercely realistic and relatively obvious plot. At one point, a character thinks to himself that he feels like he’s in a soap opera. I think Only Yesterday captures adolescence and coming-of-age in a way that feels more engaging and moving, though this might be ascribed to me relating more to the story’s female protagonist. Still, there’s a lot of heart to Ocean Waves that comes across most in its quiet moments, pacing, and gorgeous illustrations of Kōchi and Tokyo. 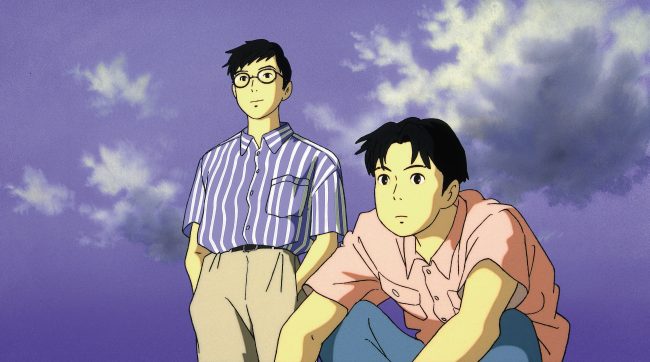 The story is as much about the friendship between Taku and Yutaka as it is about their feelings toward Rikako. In the first half, you might even guess that Taku is secretly harboring some feelings for Yutaka as he’s unhappy with Yutaka’s feelings and wonders whether or not Rikako is good enough to see the great qualities of his best friend. Of course, this isn’t the case but it’s something I didn’t pick up the first time I watched the movie. Despite being somewhat of an easy-going guy, one of the few times we see him genuinely upset is when he feels like Yutaka was wronged. I always hate it when love triangle plots cheapen friendships or demonize one character so you root for the other, so Ocean Waves provides a breath of fresh air in that aspect. No one is comically evil or villainous—they’re just young and clumsy.

Rikako struggles with moving to a new city and losing her old life in Tokyo, and this manifests in her appearing cold, aloof, and stuck-up to the locals. She’s inconsiderate and rude to the two boys, and I appreciated having a female character that was allowed to be charming, vulnerable, unpleasant, and, well, a teenager. 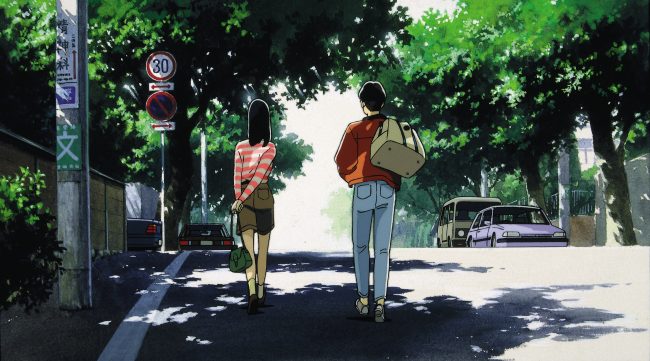 Something that’s striking is the absence of melodrama in a film that’s all about teenage relationships. For instance, while the plot might be driven by things like jealousy, family issues, or insecurity it never feels like characters are overacting for the sake of drama. I can understand this coming across as dull, but Ocean Wave‘s embrace of the everyday is really its strength.

Have you seen Ocean Waves? What did you think about it?