Review: Netflix’s A Series of Unfortunate Events Is Dreadful, Melancholy … and Impossible Not to Enjoy 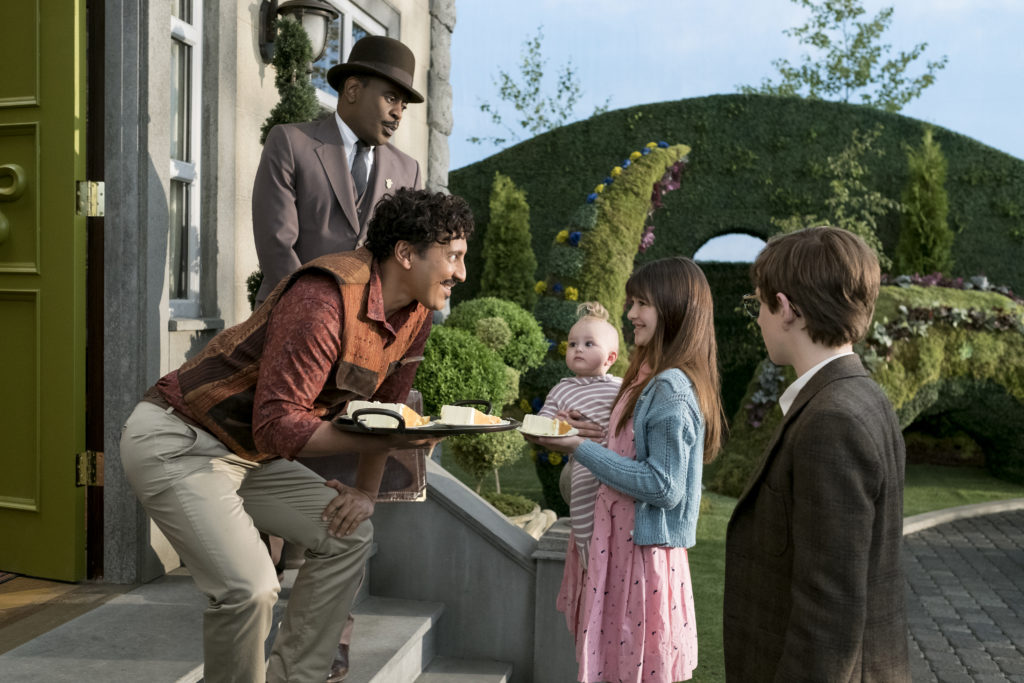 “If you are interested in stories with happy endings, then you would be better off somewhere else.”

With that, Netflix’s adaptation of A Series of Unfortunate Events had me hooked. Only two minutes in and the show had already given me a deliciously catchy intro song, a forlorn dedication to Beatrice and a book-accurate disclosure from Lemony Snicket that the series I was about to watch would not be pleasant. I was in.

A review of A Series of Unfortunate Events, much like the show itself, is a clash of contradictions. As Snicket warns us, in this show “there is no happy ending, there is no happy beginning and very few happy things in the middle.” Yet, watching this eight episode chronicle of suffering orphans left me exhilarated from laughing, utterly delighted and, in light of current events, just a little bit comforted. Misery loves company, does it not?

With the exception of a few changes, season 1 follows the first four books of Lemony Snicket’s A Series of Unfortunate Events quite loyally. Three ingeniously resourceful orphans, Violet, Klaus and Sunny Baudelaire, are tossed from one guardian to the next while the malevolent and hammy Count Olaf pursues them to steal their fortune. One of the benefits of adapting four books into eight episodes of a TV series (rather than, say, cramming three books into one movie …)  is that, as over the top as the story gets, we are afforded time to acclimate to the hyperbolic world and bond with the characters as well as enjoy all those tiny but meaningful details that are so often lost in film adaptations.

That said, you don’t need to have read the books in order to enjoy the adaptation. The show more than stands on its own. The score is zany and poignant, by turns, the Steampunk-Norman Rockwell production design is gorgeous and the cast is top notch. I was surprised at how easily I accepted Patrick Warburton as Lemony Snicket, and Malina Weissman and Louis Hynes give excellent deadpan performances as Violet and Klaus. Neil Patrick Harris, predictably, steals the show with his scenery chewing, but Aasif Mandvi deserves special mention for his portrayal of the eccentric but warm-hearted Uncle Monty.

Also, shout out to the editor who sat through hours of b-roll to capture Presley Smith’s reaction shots. Best baby performance ever. 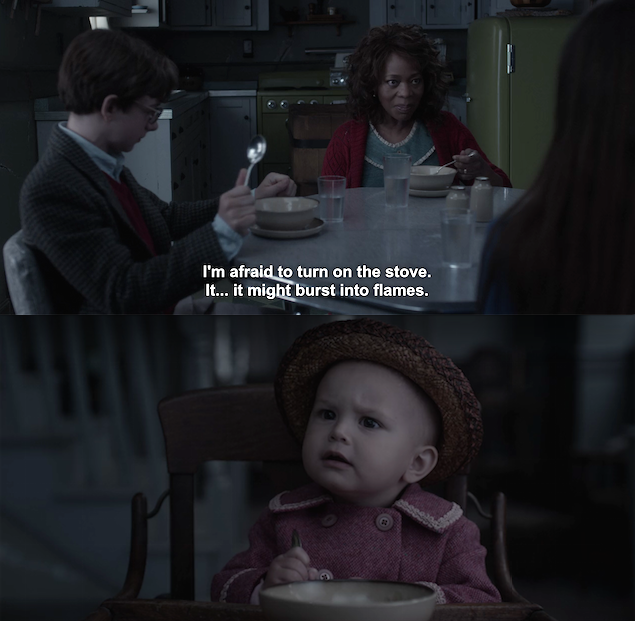 For the most part, A Series of Unfortunate Events maintains a heightened, absurdist tone that offsets the relentlessly bleak story and keeps the viewing experience enjoyable. However, when the show does slow down to offer emotional sincerity, as it does in The Reptile Room parts 1 and 2 … man, oh, man, does it know how to pluck those heartstrings.

In summary, A Series of Unfortunate Events is must-see Netflix entertainment. It balances out its own tragic narrative with memorable visuals and razor sharp dark humor yet it still allows time for the losses the Baudelaires suffer to sink in. Most importantly, A Series of Unfortunate Events captures that childhood frustration of being looked down on by adults, of not being taken seriously because of one’s age, which, for me, was always the fundamental appeal of the books. The Baudelaires’ lives wouldn’t be a series of unfortunate events if adults would only listen to them. It’s that central injustice that powers the books and, I’m glad to say, the Netflix adaptation as well.

If for no other reason than that, Netflix’s A Series of Unfortunate Events is a triumph.

A Series of Unfortunate EventscontributorNetflix