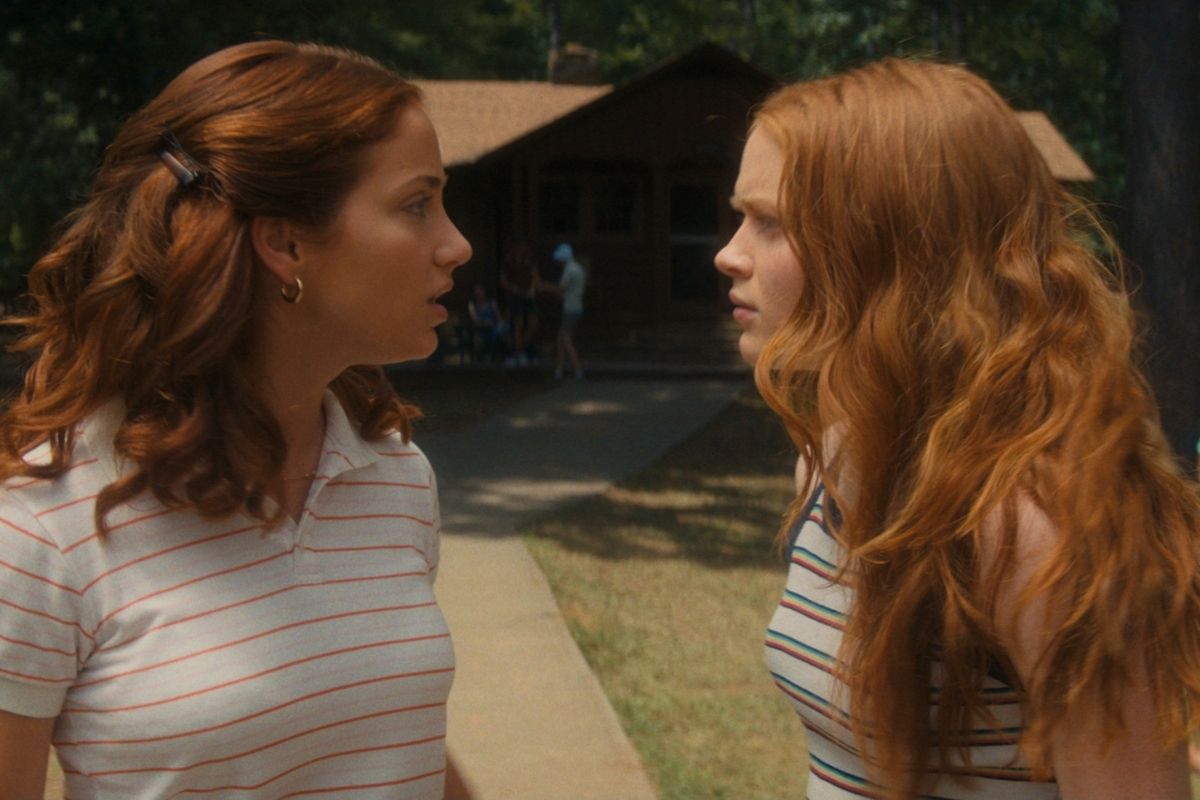 I’ll admit, I went into Fear Street Part Two: 1978 with low expectations. I was less than impressed with the first installment of the Fear Street trilogy, Part One: 1994, which sought to play on the self-referential horror films of the 90s with little new to say. Luckily, Part Two: 1978 surpasses its predecessor in nearly every way, while neatly tying both films together and setting up the final film in the series.

Part Two: 1978 opens in the immediate aftermath of the events of Part One: 1994: surviving siblings Deena (Kiana Madeira) and Josh (Benjamin Flores Jr.) bring newly possessed Sam (Olivia Welch) to the home of C. Berman (Gillian Jacobs) the only known survivor of Sarah Fier’s curse. Once Sam is tied up securely in the bathroom, Berman tells the story of her encounter with the vengeful witch.

The film flashes back to 1978, where the teens of Sunnyvale and Shadyside come together for summer camp shenanigans at Camp Nightwing. Like the first chapter, the film infuses the soundtrack with plenty of ’70s classics that immediately establish the vibe. The film lovingly pays homage to summer camp slashers, most notably the Friday the 13th series. All the summer camp slasher archetypes are there: the sex and drug-loving teen counselors, the mean girl campers, and the outcast who would rather be anywhere else.

Said outcast is the young C. Berman, better known as Ziggy (played by Stranger Things‘ Sadie Sink). We meet Ziggy as she’s viciously bullied by the preppy Sunnyvale campers, who string her up on a tree branch and threaten to burn her. Ziggy is rescued by counselor Nick Goode (Ted Sutherland), who we know will grow up to be Sunnyvale’s Sheriff Goode (Ashley Zukerman). As we saw in 1994, the town rivalry between the wealthy Sunnyvale and the poor, murder-prone Shadyside is alive and well.

While the bold Ziggy rebels against the camp rules and nearly gets sent home, her older sister Cindy (Emily Rudd) is the opposite. A preppy do-gooder who is desperate to escape Shadyside’s curse, Cindy is fastidious and optimistic. Her new attitude has alienated her from her former friend and fellow counselor Alice (Ryan Simpkins), who prefers getting high and getting laid. Cindy’s attitude change has also estranged her from Ziggy, who feels that Cindy is trying to be something she’s not.

1978 takes its time establishing these characters and their relationships, and it’s time well spent thanks to strong performances from Rudd and Sink. The relationship between the Berman sisters gives the film the emotional stakes that were lacking in 1994. So when Cindy’s sweet boyfriend Tommy (McCabe Slye) becomes possessed by the witch and starts swinging his axe at every camper in sight, its a race against time for the sisters to find one another and try to escape the curse. Both Ziggy and Cindy get their own emotional arcs which intersect, as Ziggy find a budding romance with Nick while Cindy ditches her preppy attitude to become a shovel-swinging badass.

The film borrows heavily from summer camp slashers as well as the works of Stephen King (who is name-checked in the movie), especially when Cindy and Alice find themselves in the subterranean center of Sarah Fier’s haunted house. Director Leigh Janiak artfully builds on the mythology established in the first chapter, delivering a satisfying slasher with an unexpected amount of soul. When the bodies start dropping, you’re genuinely sad to see these characters go. Like 1994, 1978 centers the story on strong female characters, delivering welcome entries into the pantheon of Final Girls.

With a moody atmosphere and strong performances, Part Two: 1978 is a delight from start to finish. The film sets up a cliffhanger in its final moments, which leaves you excited to tune in for Part Three: 1666 next week.

The first two films of the Fear Street trilogy are currently streaming on Netflix.