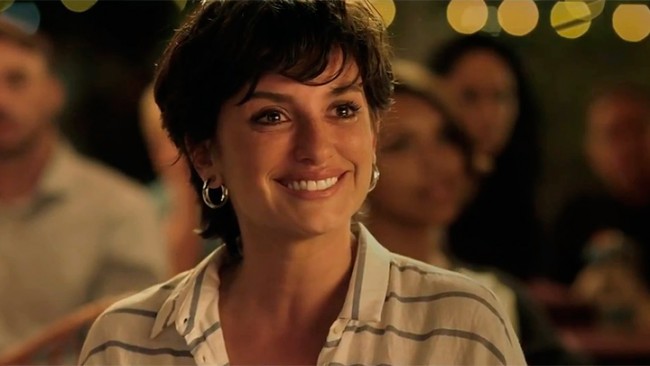 The sentimental, unapologetic melodrama is somewhat of a lost art form today at the movies. Once upon a time, they were popular on-screen. They were made by directors like Douglas Sirk, King Vidor, and George Stevens, and they were labeled “women’s pictures,” which turned out to be a backhanded compliment made by the industry. We had a slight resurgence in the 1980s: Terms of Endearment, Beaches, Steel Magnolias … all movies that—despite often being disparaged for being female-focused, sentimental weepers (chick flick)—were hugely successful. We don’t get a lot of those movies anymore, which is part of the reason I really do look forward to the upcoming films of director Todd Haynes, Michel Gondry, and Pedro Almodovar. Their movies have more twists and are far more experimental, often using magical realism liberally, but structurally, their unapologetic affection for melodrama makes their films compelling.

Julio Medem, the writer and director of Sex and Lucia and Lovers of the Artic Circle, clearly seems to be inspired by the melodramas of the past for his new movie, Ma Ma, but it feels so desperate to be a heartbreaking melodrama that it goes overboard with sentimentality and becomes something almost ridiculously sappy (and in a few moments, infuriating). It has too many narrative coincidences to avoid feeling like story that’s been over-manufactured and fake characters, which ultimately wastes all the good Penelopie Cruz tries to bring to the title role.

Cruz here is clearly all in for the sentimental journey. She co-produced this film as well, so she clearly connects to the character, and early on, there seems to be a lot more going on under the surface of the narrative waiting to be unpacked. Her character, a divorced mother, is diagnosed with breast cancer the same day a man loses his wife and child. After sending her child away and going though chemotherapy alone, she becomes more than friends to the man, ultimately starting a relationship with him almost as soon as she begins to recover.

If that seems like a quick step for the man to take, that fact is symptomatic of the movie’s biggest problem. EVERYONE’s just a little too crazy about Cruz’s character that it begins to feel unpleasant. We don’t have a lot of perfect characters on-screen because they rarely feel authentic, and as hard as Cruz tries to make her feel lived in, the complete devotion characters (and the audiences) are asked to have towards her makes her hard to identify with. When I say everyone, I mean everyone … including a very strange (occasionally accidentally creepy) doctor played by Asier Etxeandia, who sings love songs to her a couple of times. As the movie propels towards sentimental tragedy, that tone becomes harder and harder to tolerate.

Because she’s presented by Medem as plucky and lovable and a selfless mother, the choices she makes feel are hard not to pick apart and judge as a bystander. Terms of Endearment (a flawed movie but one I personally LOVE) made the wise choice of making the mother characters (both mothers) far from perfect before the sentimentality kicked in. You come to love them despite their flaws. In this movie, it seems we’re being told to love Cruz’s Magda before we know her at all, and I honestly don’t feel I ever got to know (or understand) her as an authentic character.

It’s a frustrating movie to sit through, because Medem seems to be attempting something that just didn’t translate to screen. He uses a strange recurring (sometimes hallucinated) image of an orphan in a cold Sybrian orphanage, which Magda comes to see as her unborn daughter. I know there’s more he’s saying about the power of motherly love, but the bigger concepts he wants to evoke were honestly lost on me. There are times when Medem goes for some true weirdness, like a dream about a preserved body part, and other moments of beautiful imagery, like the stunning shot of Cruz and Etxeandia in the ocean. This isn’t a lazy or cynical work from Medem. I completely believe he put his heart and soul in to this movie; the same is true of Cruz, who is often very good as Magda.

But the big test for a movie like this, an unrepentant weeper, has to be the question, “Did you cry?” Not “Did this movie manipulate you?” but, “Did you watch the movie and have the cathartic experience the filmmaker wanted to offer viewers?” Being a bit of an exposed nerve most of the time (I can re-watch a scene and start crying), not crying at all during this movie made watching it kind of a bummer, because that’s why melodrama gets its bad rap.