Review: Into The Woods Delivers What Fans Want 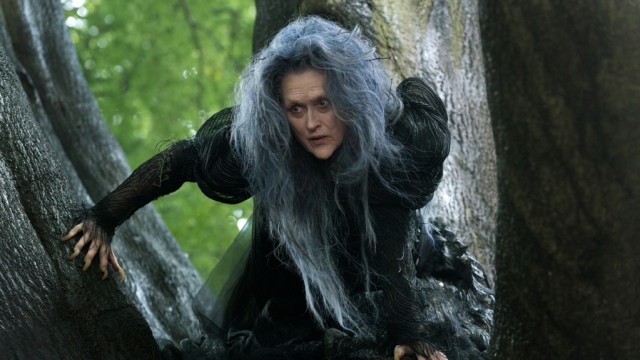 For many, bringing Into the Woods from stage to screen was something they never wanted to see attempted; and yet, the material just seemed too perfect for cinema to resist. When Into the Woods was announced, there was a sense of dread amongst fans, along with the excitement. Was it really a good idea to change Jack’s age? Was Meryl Streep a good casting choice, after missing the mark with the music in Mamma Mia? Would a Disney movie actually keep the Wolf’s dark vibe?

The good news is, Disney’s Into the Woods is an excellent translation of the material, and retains most of the musical’s key elements. It is certainly Rob Marshall’s comeback after some disappointing adaptations with Memoirs of Geisha and Nine, neither film worthy of a director responsible for popularizing the modern film musical. Marshall seems to understand and delight in fairytale material, maintaining the dark humor which made Into the Woods such hit with audiences when it first arrived on stage, and Marshall really embraces the opportunity to do something visually unique without ignoring the story’s theatrical roots. There is no attempt to root the film or performances in realism, and film is all the better for it. It creates the world of Into the Woods quickly and definitively, and maintains a consistency from start to finish.

In case you don’t know the story of Into the Woods, it is a dark retelling of classic fairytales including Jack and the Beanstalk, Little Red Riding Hood, Cinderella, and Rapunzel. The main story, however, is of the Baker and his Wife, who are cursed by a witch to be without children unless they reverse the curse his father brought upon them. The must collect five things, which brings the Baker and his Wife in contact with the rest of our fairy tale gang. The connecting stories all work remarkably well in the film as they did on stage, although the second half is far more rushed than the first – a common problem because most musicals’ first and second act are essentially two different stories (and could have easily provided Disney with a logical sequel).

But as is, Into the Woods works, and the characters, beloved for so long, are brought to life beautifully with honor to the original play, without being too faithful to the stage interpretations. It is perhaps no surprise that Streep and Emily Blunt are great here; Blunt continues to be one of the most consistent and versatile actresses of her time, and despite never even being given a name of her own, is the heart and soul of the film, while Streep erases memories of Mamma Mia with a vengeance in multiple show-stoppers, earning her yearly nomination. Anna Kendrick, who we all know can sing from Pitch Perfect, is excellent as Cinderella – although both her and Mackenzie Mauzy’s Rapunzel are given less character development in order to make time for their musical performances (and one can imagine Christine Baranski, Tammy Blanchard, and Lucy Punch will be featured in some deleted scenes as Cinderella’s stepfamily).

Daniel Huttlestone and Lilla Crawford, the two stage musical performers in the cast, are fantastic additions; Huttlestone’s new, younger interpretation of Jack is a smart change to the character, making him naive rather than “simple.” Johnny Depp’s cameo as the Wolf is blissfully brief, and far better than the other two cameos he’s had this year, retaining the Wolf’s dark, predatory feel. But the biggest surprise in the film is undeniably our Prince Charming, played by Chris Pine, who has officially won me over this year (despite really disliking some of his earlier roles). He is absolutely hilarious as Charming, especially in his riotous performance of “Agony,” with Billy Magnussen as Rapunzel’s Prince.

It is unfortunate that, due to time and too many plots to contend with, Rapunzel’s storyline seems to have been sacrificed, so it is both underdeveloped and ends abruptly; but because of the way characters are woven in and out of the film, it would have been impossible to cut her entirely, and both Magnussen and Mauzy are very good in their limited screen time. Tragically, the climax of the second half is not given the breathing room it deserves – but again, this is the nature of the musical-into-film beast, and even this rushing never derails the film.

Marshall’s production quality is really remarkable, from costumes and make-up to special effects, which really gives a sense of this land being a tangible place. These don’t just feel like sets and actors, but a world full of living, breathing characters. The waterfall on which the princes sit adds a grandness to their performances which is completely different, but just as effective, as when those characters perform at the back of the theater on stage. Yes, there are a number of special effects, but they all seem to exist within the world of the film, which is more than can be said about a lot of fantasy films we’ve seen lately. And Marshall embraces technology only when in service to his vision for the material, thankfully finding the perfect balance of inventiveness and restraint.

Musically, the movie is firing on all cylinders. It says a lot that I could imagine any of these actors taking on the same roles on stage and doing them well; none of the stars fail to deliver strong musical performances. The score is familiar, but still benefits from some subtle new arrangements, and the sound mixing blends voices with the orchestrations beautifully. Personally, I didn’t like the “live singing” in Les Misérables, because one of the benefits of adapting a stage musical to film is the advantage of being able to record music in controlled environment. Rob Marshall and the sound department did that to great effect here, and do it syncs so well on screen (and the acting is so good) that you quickly forget it isn’t “live.”

It was a wise decision to keep original book writer James Lapine on to write the screenplay, but it should also be noted that Stephen Sondheim has a pretty good track record for having his musicals brought to the screen. West Side Story, Gypsy, Sweeney Todd, and now Into The Woods have all retained the popularity of the Broadway musicals, while finding inventive ways of making them cinematic, and the success of this – his most popular production – makes me hopeful that we could someday see some his more unusual plays brought to the screen.