Review: Burnt Is Not a Tasty Cinematic Treat 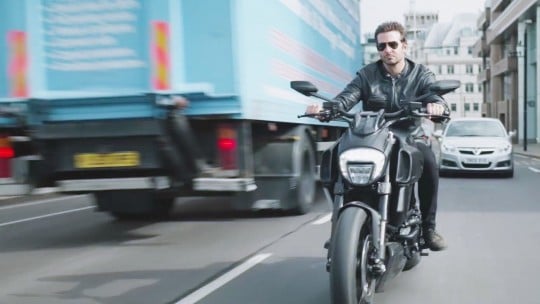 Anytime you make a movie about “artists” (yes, I think cooking can be an art form, too) and try to describe what’s going right or wrong, filmmakers definitely run the risk of explaining to the audience precisely the mistakes they’re making as filmmakers, and Burnt stumbles into this problem more than a few times. Descriptions of what went wrong in the kitchen come up frequently, and often spell out critiques that could be made about the movie: a meal shouldn’t make everything taste bold, but include a variety of tastes and experiences.

There’s even a moment when they try to rush to make everything perfect when in counts … rather than realize consistency and staying calm is the better approach. These are the general problems we run into with Burnt. It never comes together as a finished product, lacks consistency, and oddly rushes an ending to a meandering film. Oh, and if our main character Adam Jones has learned the lesson that it is better to have strength in numbers and sense of family to count on, John Wells and Bradley Cooper definitely didn’t learn the lesson in enough time to apply that to the filmmaking.

Adam Jones is pretty much all we get with this movie. There are lots of strong actors involved, but few are given good material to work with. Daniel Bruhl and Sienna Miller are excellent, but they both feel like they would have been more interesting as co-leads, being far more interesting than Adam. But for the most part, this impressive cast of international character actors (Omar Sy, Riccardo Scamarcio, Sam Keeley, Lily James, Uma Thurman, Alicia Vikander, Emma Thompson, Sarah Greene, Stephen Campbell Moore, and Matthew Rhys) is just wasted in roles that aren’t just small, but never allow them to shine when they’re on screen. The way they are created simply to be pawns for Adam, and characters who don’t live but appear, is a true waste of good talent they had available to work with.

And the problem is made worse by the fact that the only character the movie is really interested in focusing on, bad-boy-of-the-kitchen Adam Jones, is just unpleasant to be around from start to finish. It isn’t that he’s not a likable person to focus on—he isn’t, but that’s not the problem—it’s the fact that he simply isn’t compelling for a even moment. And if we are supposed to come to like him, I wasn’t along for that journey. It’s pretty darn boring to keep hearing how he’s the greatest from all the other characters, like they’re trying to convince the audience of this fiction. I kept thinking this can’t just be the tired old “middle-aged comeback story of super-talented jerk who learns humility and importance of family” … oh wait, it’s exactly that story. Just with food.

And speaking of food, for a movie about making the greatest food EVER, it didn’t make me hungry! This wasn’t the food porn I was expecting (and really wanted). I love watching people cook and looking at mouthwatering food pictures, too. I’ve even had the extremely rare high class meal, but while the food in this movie may be perfect looking, it certainly didn’t make my mouth water—except when they made some kind of chocolate cake, until Adam blew edible dust on it. (Gross. I hope chefs aren’t blowing on my food like that.) The thing is, the aspect missing in this movie is a genuine love for food and personal desire to be a cook because of love for the actual process. Adam never wants to please patrons of his restaurant, just win Michelin stars (remind me never to look at that book) and show other cooks up.

Even movies about ambitious cooks should realize that they have to have a genuine love for food and people to do this job. Let’s get real … eating out (or any kind of eating for pleasure) is already a luxury millions don’t have; obsessing over a sprig of some stupid garnish is just gross extravagance most patrons would be turned off by (hopefully). And speaking of gross, if this much food really is wasted in these types of restaurants, we should be protesting them. They don’t just throw away perfectly edible (probably tasty) food in this movie, but Adam literally throws plates of food around, probably ruining other food. It made me lose my appetite to see that kind of food waste on display. I love food as much as the next person (cooking is my favorite way to chill out on the weekend), but someone really needs to say, “Hey, it’s only food.”

Regarding the look and feel of the movie, it isn’t terrible; it just doesn’t have a strong look at all. There’s a sterile, dull feel throughout, which often made the whole thing feel monotonous and dragging. Some of the plates are pretty from a distance, but you have no sense of what the food must taste like or its texture. The scenes of the cooks cleaning the kitchen are usually when the film looks best, because it’s visually and cinematically interesting. Often times, we don’t have a good sense of the geography of what’s on screen … Matthew Rhys’s rival restaurant is supposed to read as sterile, but looks at best calming and at worst bizarre (until he destroys it). And the movie is way over-scored with music that doesn’t fit the cutthroat world being presented to us on screen, with the music too classical and generically up-lifting. If this movie is supposed to be edgy, the composer wasn’t told—not that it’s edgy in any authentic way. It’s pretty by-the-numbers in terms of comeback stories.

There’s also one other element in the film that pretty much drove me nuts. Much like the Fast and Furious series, this movie talks a lot about “family.” And like those films, you can’t just say your movie is about “family.” You actually have to show something about this kitchen staff that suggests they’re actually close and care about each other. Towards the end, they try to stress that idea, but if it is was supposed to be a key aspect, they needed to focus more on it throughout. This movie would have made a better show than film, so they could have shown more and dug into the side characters. This is more like a TV pilot that was revamped to be a TV movie, with a tacked-on ending. Because if this were a series about a narcissistic chefs with some dark comedy or satire (this movie is begging for some laughs), and Adam were one of several characters, I might have been interested enough to tune into a second episode. But the movie makes him too uninteresting and unlikable, without investing in the lives of other characters, which left me feeling like the movie was nothing more than the fast food Adam talks about loving so much (we don’t need to get into that stupid detour).

(image via The Weinstein Company)