Review: Your Best Chance for Romance is Beyond the Lights | The Mary Sue

Review: Your Best Chance for Romance is Beyond the Lights

A smart script and great performances make this drama soar. 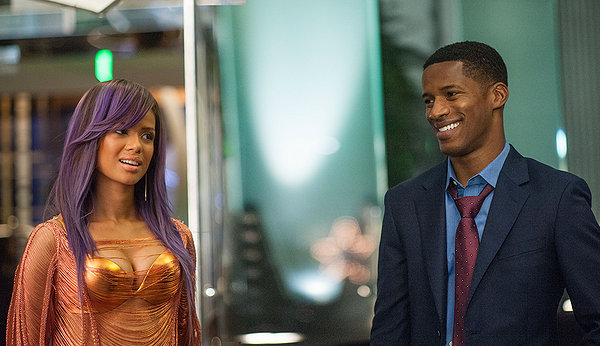 Romance in film seems to have disappeared, especially when compared to the 1990s and 2000s, when every month saw the release of a cheeky rom-com or grand romantic drama. Sure, there are some that pop up in the indie-market; but a big, grand, popcorn romance is hard to find – and ones that also happen to be good, well, that’s like finding a needle in a haystack. That’s why the new film Beyond the Lights is such a refreshing contribution to the film-market this awards season.

Though I only caught Beyond the Lights after its theatrical release due to extenuating circumstances, I was already excited about it because it was from the writer/director of Love and Basketball. Add that in with an 88% rating on Rotten Tomatoes, and I knew that Beyond the Lights had the potential of being a pretty great flick – and it is.

The movie tells the story of Noni, played by star-on-the-rise Gugu Mbatha-Raw, who is a pop/R&B star we first meet an adult, strutting her stuff in a music video. But writer/director Gina Prince-Bythewood doesn’t shy away from the problematic aspects of pop stardom, including the objectification of so many starlets. Prince-Blythewood even includes a difficult-to-watch sexual assault by one of Noni’s managers, who forces her to sexualize herself in her performances. 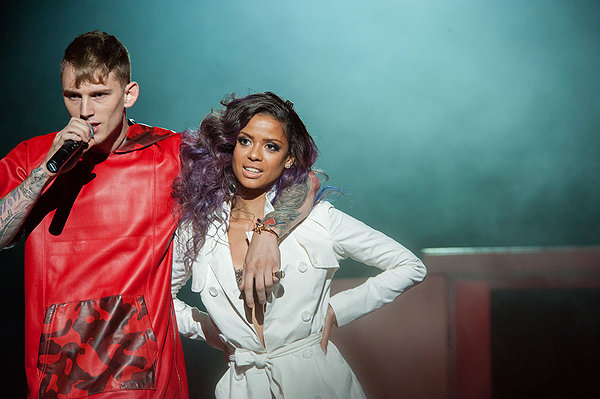 Noni isn’t purely a victim of fame – there’s also her hyper-stage mother, Minnie Driver. Noni is young, inexperienced and damaged, and her first and only night of drinking leads to a troubling suicide attempt in her hotel room. The man who saves her is a police officer named Kaz, played by Nat Parker, who (like Noni) is the vessel for a parent’s hopes and dreams.

In this case, it’s Kaz’s father, Danny Glover, who wants Kaz to be a politician. Noni and Kaz begin a predictable relationship, which becomes wonderfully unexpected and complicated. Yes, Noni needs saving; but both of them need to grow up to the point that they can make their own choices and speak for themselves. Surprisingly, Driver’s stage mother, insisting her daughter play the sex game, is also far more complicated and human than we initially think. It’s great to see veterans Driver and Glover getting meaty roles at this point in their careers.

Prince-Bythewood has a firm understanding of the world of the music industry that she’s presenting, and she makes it far more complex than the usual fame vs. reality love stories we so often see. Making the connection between celebrity and politics is a rather ingenious way of making the story identifiable to audiences – it makes this not purely a question of fame, but more about the definition of success of any kind. The heart of the film is how young people mature to be able to make their own life choices, and how those choices affect their relationships. Prince-Bythewood does not treat the romance as the characters’ endgame, but rather as a complication they have to sort out. 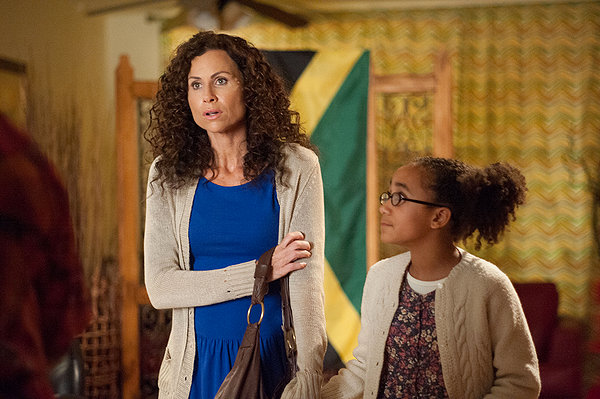 The movie looks great, features good music, and (with the exception of the very last scene, which is a little corny), the screenplay is exceptionally well-written. Noni and Kaz are rich, fully-formed characters with unexpected depth, and Prince-Bythewood couldn’t have asked for better leads to play them. I really like Nat Parker, and was delighted to see him in a leading role after his great performance in last year’s criminally underrated Ain’t Them Bodies Saints. Gugu Mbatha-Raw has had a year of captivating, honest performances, first in Belle and now here. There is no reason we shouldn’t see these two as the new It Girl and Guy on the rise.

This year has been pretty weak in terms of movie romances, and Beyond the Lights is the exact remedy a lot of people have been waiting for – especially after the catastrophe that was the Nicholas Sparks-produced romantic drama The Best of Me. Yes, Beyond the Lights is, at times, a bit melodramatic; but the intelligent script, believable characters, and acting all save the movie. The movie also doesn’t shy away from discussing or showing race. For example, there is a conversation about how Noni wears her hair naturally in the movie’s opening scenes, and there’s a callback to that conversation at the film’s close. Any audience member can understand what Prince-Bythewood is trying to say about identity with those scenes. 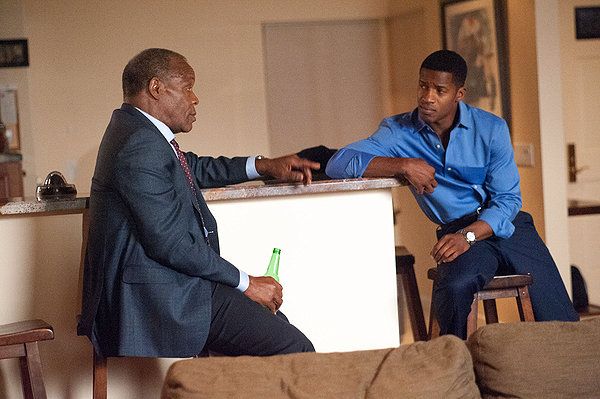 Unfortunatey, this film hasn’t been garnering large audiences, despite good word-of-mouth, critical response, and Prince-Bythewood’s previous high-quality films. So why are audiences apparently unwilling to see films about a different race and demographic? There is no reason Gina Prince-Bythewood shouldn’t be getting the kind of studio opportunities other white directors with similar successes have had (unless she’s been turning them down), or that the actors in these films aren’t being used in more films. It makes me wonder if a smart, likeable actress like Gugu Mbatha-Raw is being given the same opportunity to audition for films that actresses such as Emma Stone or Scarlett Johansson are, or if Nate Parker isn’t being called in for roles that are currently being filled by multiple white actors named Chris.

Sunday, Prince-Bythewood wrote an editorial in Urban Daily to ask audiences to see her film. She spoke of how difficult it has been to get her films made, first Love and Basketball and now this passion project. She spoke of what inspired her, and the positive response she’s gotten. She is right. The movie is inspiring, and a great, powerful love story, one which audiences were sorely lacking this season. This is a universal love story, and if you’re holding out because you think Beyond the Lights isn’t for you, give it a chance. I think love story fans will be glad they did.