REVIEW: Angelina Jolie Deserves Better Than HBO Max’s Those Who Wish Me Dead 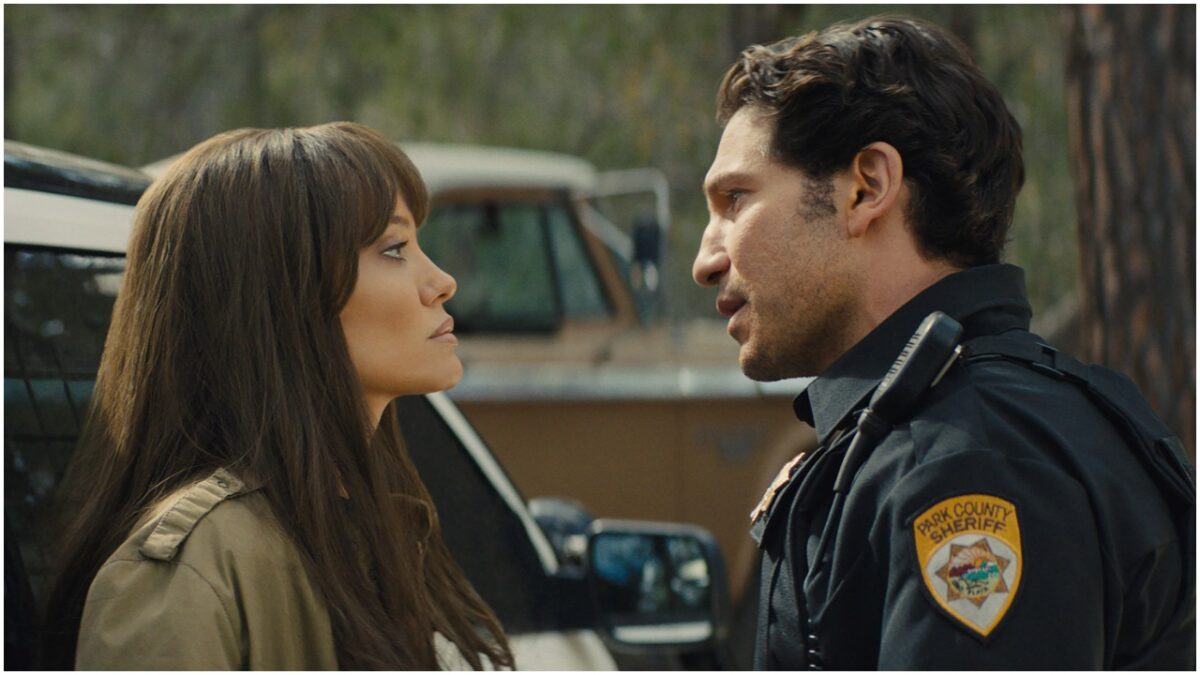 Few actresses have captivated the world like Angelina Jolie. The talented actress quickly made a name for herself in the 90s, winning an Oscar for her performance in Girl, Interrupted and starring in several high profile films like Mr. and Mrs. Smith, Wanted, and Salt. Jolie was a force of nature, bringing her fierce screen presence to both indie films and major franchises like Tomb Raider. There was always a sense of danger around Jolie, thanks to her powerhouse performances and her unfiltered offscreen image. She may be the last great movie star we have.

But while Jolie’s talent is undeniable, her taste in projects is often puzzling. And outside of the Maleficent films, Jolie has largely stepped away from the spotlight to spend more time with her children and her various humanitarian activities. She has also turned to directing and producing, but is now returning to the big screen with Marvel’s Eternals.

In an interview with Entertainment Weekly, Jolie said “I love directing, but I had a change in my family situation that’s not made it possible for me to direct for a few years, … I needed to just do shorter jobs and be home more, so I kind of went back to doing a few acting jobs. That’s really the truth of it.”

Her latest film, Those Who Wish Me Dead, features a promising return to the action genre. Based on Michael Koryta’s 2014 novel, Those Who Wish Me Dead sees Jolie play Hannah, a veteran smoke jumper, i.e. a firefighter who parachutes into dangerous forest fires, who suffers PTSD from a traumatic mission. Now assigned to an isolated fire tower deep in the Montana wilderness, Hannah is content to drink with her fellow smokejumpers and engage in risky activities like parachuting out of a speeding truck. This draws the attention of her ex-boyfriend and local sheriff Ethan (Punisher‘s Jon Bernthal), who is expecting a baby with his wife Allison (Medina Senghore) who runs a wilderness survival school.

Meanwhile, a forensic accountant in Florida with incriminating information hits the road with his son Connor (Finn Little) as they’re pursued by two hired assassins (Aidan Gillen and Nicholas Hoult). After a car wreck, Connor is on the run in the Montana wilderness, where he runs into Hannah, who has spotted a wildfire in progress. What follows is a cat and mouse game as Hannah must protect Connor and survive the quickly spreading wildfire.

Writer-director Taylor Sheridan (Wind River) has scripted powerful action dramas like Hell or High Water and Sicario, but the urgency and tension of those films is lacking in Those Who Wish Me Dead. There are too many cliche-riddled side plots that make the film both predictable and disjointed. As for the information that Connor is guarding, the film never specifies what this information is, other than it implicates politicians and powerful people.

The film also takes too long in setting up all the relationships, pushing much of the action towards the end while not giving audiences nearly enough of what they want. What should be an action-packed thriller with Jolie kicking ass and fighting fires is instead a somber affair, with the defeated Jolie getting beaten up by both the villains and Mother Nature. Who knew a film, where Jolie gets struck not once but twice by lightning, would fail to capture a spark?

The film adheres to a traditional 90s action structure, delivering a retro feel while remaining engaging. I wasn’t bored while watching it, but I wasn’t blown away either. And while Jolie’s performance is solid, she just isn’t given that much to do. She’s joined by a talented cast that is similarly wasted. The film’s most dynamic action sequences come courtesy of Senghore, whose pregnant heroine attacks the assassins on horseback while wielding a rifle. More of her, please.

Jolie remains a captivating screen presence and brings plenty of gravitas to her performance. I just wish the film rose to her level.

Those Who Wish Me Dead is currently playing in theaters and streaming on HBO Max.