I See Your Hatred of Star Wars: Return of the Jedi, and You're Wrong | The Mary Sue

I See Your Hatred of Star Wars: Return of the Jedi and I Raise You a “You’re Wrong” 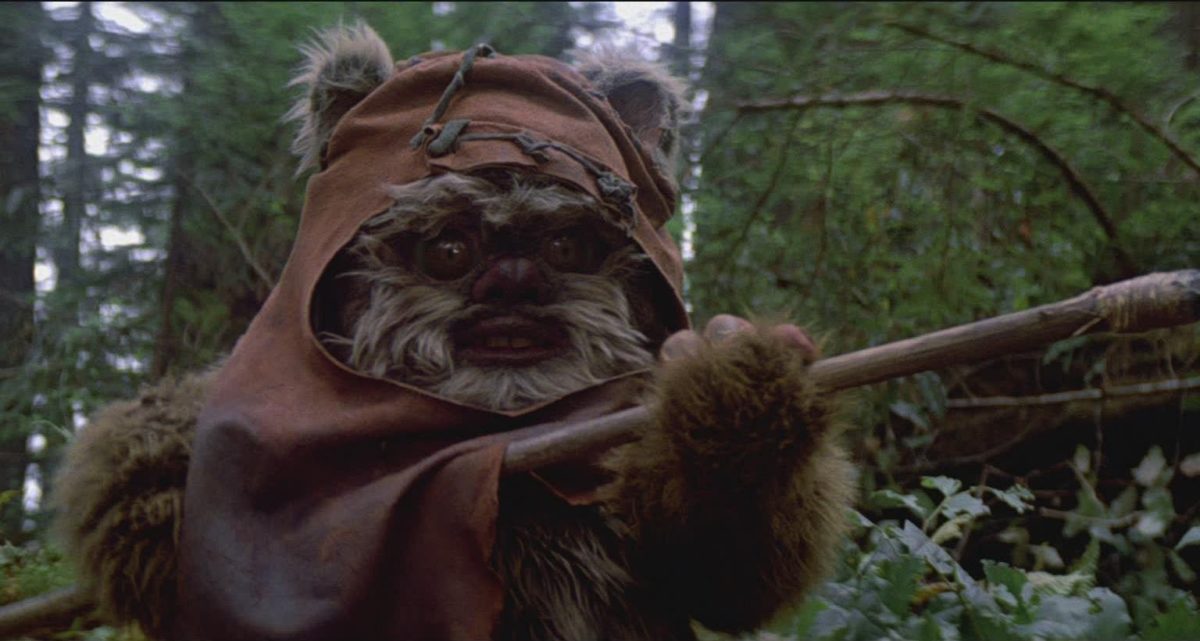 Star Wars: Return of the Jedi is often thrown in a “best” list somewhere in the middle. Why? Because there is a lack of culture among fans who do not see the brilliance that is the Ewoks and everything to do with this movie. For years, I’ve had to deal with the discourse over the Ewoks because, for some reason, fans cannot separate JOY from their “art,” but whatever. The Ewoks are a fierce race of warrior teddy bears who decide to help Leia and the rebels because they love her. I respect that.

But there’s more to just a hatred of the Ewoks. For years, I’ve watched as fans ranked Return of the Jedi somewhere amongst the worst of Star Wars films, like it’s Attack of the Clowns or That Movie With Watto and Child Slavery. And now, with a recent Twitter moment dedicated to everyone’s Star Wars ranking, I’ve been seeing my favorite movie in the Star Wars canon slandered yet again. Why? Honestly, if only I knew, because Return of the Jedi gave us emotion, epic battles, a love story, and our favorite characters winning in the end. What could you possibly want more from the conclusion of a trilogy? Did you want a dance scene? Well, lucky for you, it also had that!

Maybe I love it so because I once had a fever dream while watching it that Wicket was talking to me and we were talking about how difficult Han Solo was being, and then he hugged me, but that’s neither here nor there; it’s still a beautiful film. Part of the reason I have such a deep love of Return of the Jedi is because our favorite characters actually smiled. Sure, we’d seen them happy before, but within Jedi, they took to their celebrations with a new kind of freedom we’d never seen from them.

Luke Skywalker had to face the demons his father held and fight against the Dark Side of the Force. Leia had to come to terms with discovering the truth about her own upbringing. Han had to stop fighting his emotions and stand up and fight with the rebels. All of these characters experienced real growth and learned how to take care of themselves and fight for what they believed in. Am I sorry that I enjoy that? That I think that makes this one of the best Star Wars movies? No, I am not, especially because it gave us more of Han Solo and Lando Calrissian together.

So guess what? I don’t care if you hate my teddy bears. I don’t care if you think the entirety of Return of the Jedi is just fine. It’s perfect, it’s beautiful, and it will forever be my favorite Star Wars movie, and I fully blame my fever dream for it.