How Lesbian Mangaka Return Yuri to Its Roots | The Mary Sue

Rethinking Yuri: How Lesbian Mangaka Return the Genre to Its Roots 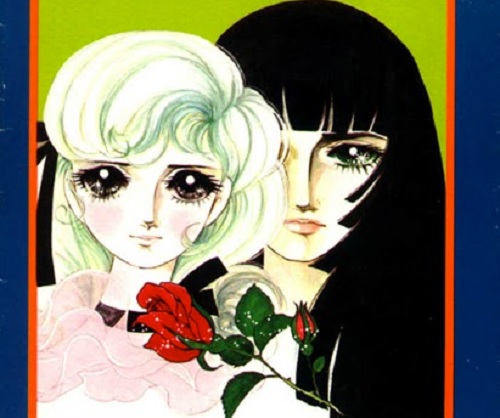 As Yuricon founder Erica Friedman notes in her abridged history of yuri, Yoshiya Nobuko didn’t introduce lesbian manga into Japan. But her writing popularized many of the tropes and ideas that drive today’s yuri manga. As a lesbian herself, her literature became popular with Japan’s young women, and works such as her 1919 novel Yaneura no nishojo (or “Two Virgins in the Attic”) became defining stories for the scenes and relationships that drive yuri today.

Nobuko’s appeal with teenage girls didn’t fade over the years. Her works emphasizing the “S” genre of love and intimacy between two young women began appearing throughout girls’ magazines in Japan, featuring stories that “centered the ‘S’ relationship as a form of sisterhood beyond blood ties, and a deep, intense, almost-relationship that still is the core of many yuri stories,” as Friedman puts it. To that extent, after an initial resurgence through the success of such series as Sailor Moon and Revolutionary Girl Utena, the “S” genre saw new life in the beginning of the 2000s, quickly giving birth to the yuri genre as we recognize it today.

On first glance, that history seems to suggest there’s some sort of lesbian revolution going on in Japan through yuri. But that’s not quite the case. As writer Chris Kincaid points out, yuri isn’t supposed to capture adult sexual relationships. Rather, the genre is seen as a reflection of same-gender sisterhood in teen years. In traditional Japanese social relations, this is expected to fade away in adulthood, making room for heterosexuality in one’s later years.

“Yuri isn’t considered homosexual literature in Japan. Japan has a strong stigma against homosexuality,” Kincaid states. “Yuri falls into what is called tatemono honmono. The phrase refers to the space between how something [appears] and how it really is. Yuri appears to be lesbian literature, but in the Japanese sense it is just a fantasy world. This attitude is starting to change, but lesbianism isn’t something discussed in polite conversation.”

As you can imagine, the yuri “fantasy” has become a major selling point behind the genre. For straight men, works dealing with intimate relationships between two women is a form of fanservice, a way to objectify the feelings and bodies that women share with one another. Publishers tend to gravitate towards these stories because they appeal to a staple demographic across regions. And in the West, the idea that yuri was ever created for women (let alone popularized by a gay lady) is largely left out of the conversation. The assumption among most Western anime fans is that yuri is by and for the male gaze, and has always been by and for the male gaze.

New York Comic Con is this week, and I’ve already secured my press badge to cover the event. As an anime fan, I know where I’ll be spending a good chunk of the con: browsing through the artist’s alley and merchandise section, looking to spend a significant portion of my paycheck on manga and Blu-rays. I’m extremely predictable that way. But even though I’m a proud and out anime fan, I always feel a little self-conscious shopping for one thing in particular: yuri.

It’s not because I’m in the closet. In fact, I’m pretty open about being a queer lady. It’s not because I have internalized baggage about yuri, either; I post about how much I love girls pretty frequently on my Twitter. It’s definitely not because I’m squeamish about sexuality; earlier this year, I published a Twine about Sonic fandom kink. All things considered, I’m a pretty free-spirited queer lady.

But even though mainstream yuri deals with intimate relationships between women, and even though many of these series have explicitly explored same-gender relationships in recent years, it’s hard to feel like yuri stories are written for me. Their take on gay life feels fantastical, almost dreamlike. Even when things fall apart, they do so in ways that are big and tragic. They never touch on the smaller tragedies that haunt gay relationships: the growing apart, the desire for someone “different” or “new,” the personal baggage and self-hate some of us struggle with, the melancholy of living and loving another woman in a world that really isn’t all that supportive. Those experiences are missing from yuri, because, as Kincaid points out, yuri is not realistic. It’s a fantasy for a Japanese audience.

That’s understandable, to some extent. I’m an American looking for an American version of queer literature in a Japanese medium that markets towards a non-queer audience. I’m not going to find myself one-to-one in mainstream yuri stories, and I’m not about to ask another culture to change for my American preferences. But yuri isn’t coded as non-”homosexual literature” when the genre’s manga and anime are localized in the West. Yuri manga are labeled as homoerotic and homosexual. They become “gay” and “lesbian.” And that label isn’t used in a way that empowers queer relationships. It’s more akin to looking through someone’s search history on PornHub.

Granted, that’s not to say that queer ladies can never relate to yuri. Yuri is a complicated genre, and many American LGBTQIA women readers are perfectly fine with the way yuri is handled today. But the predominantly male focus in yuri publishing doesn’t necessarily have to be the only offering, nor should it. There should be more room in yuri for stories that aren’t just founded in sex appeal.

That’s certainly the case in Japan. As Friedman points out, there’s been a rise in lesbian narratives from female mangaka in recent years, shifting and expanding the Japanese definition of what can be called “yuri.” And while niche at first, these stories recenter yuri as autobiographical and lesbian works, challenging the yuri “fantasy” by focusing on real, day-to-day life experiences. [Editor’s note: one of the first shojo yuri manga, 1971’s Shiroi Heya no Futari, was created by a female mangaka, Yamagishi Ryoko.]

Mangaka artist Nagata Kabi has dealt with depression her whole life, in part because of the social pressures thrust onto her as a post-high school woman, and in part because of her family’s overbearing presence in her life. Hoping to find human contact and female companionship by embracing gay sexuality, she visited a lesbian brothel and lost her virginity to a female sex worker. In response, she wrote the comic essay Sabishisugite Lesbian Fuzoku Ni Ikimashita (better known as “The Private Report on My Lesbian Experience with Loneliness”) and published it on Pixiv, later turning the essay into a volumed series.

Interestingly enough, Kabi’s work hasn’t seen much exposure in the West. In fact, I first stumbled across her Pixiv essay through a site dedicated to adult video games. But her approach to yuri is one that challenges the traditional conception of the genre’s fantasies. In the full release, Kabi explores her social anxiety, her depression, her struggle with self-harm and eating disorders. She tells the reader about her codependent desire for a mother figure and its sexual manifestation. And, according to the Japanese publication KAI-YOU, when the final moment comes in which Kabi is deflowered by another woman, her first time isn’t a scene of erotic release that cures her loneliness. Instead, Kabi learns that sex won’t save her from her depression. Her life carries on with many of the same problems as before, which is a running theme throughout Kabi’s story.

Sabishisugite Lesbian Fuzoku Ni Ikimashita challenges the traditional yuri fantasy because it sheds light on the complicated emotional and mental dynamics involved in lesbian relationships. Her story is an open, honest, and deeply personal look at her struggles to fight back against her eating disorder, stop self-harming, and learn more about her sexuality. The events leading up to her sexual affair with a female sex worker shed a new light on how we can think about yuri. Yuri can, in essence, embrace lesbian experiences beyond fantasy. It can be a genre that explores everyday life and relationships, mental illnesses, or the social expectations thrust upon women when they engage in homosexual relationships. And it can turn the erotic into something deeper than just a fantasy: It can portray lesbian sexual relationships as something with its own traumas and flaws.

That’s not to say that Western yuri fans should tell Japanese creators how to create yuri. That would be extremely inappropriate; we are, after all, a different culture approaching Japanese works from a different cultural lens. But it does mean that yuri doesn’t have to be a genre that just focuses on the male gaze. Yuri can also fall into the realm of queer literature, created by and for queer women. Yuri can capture our lives, our struggles, and our relationships with other women beyond mere fantasy. Mangaka like Nagata Kabi show how that can be the case. And by supporting these artists in the West, by buying their works and raising up their voices, we can send a message to Japan’s independent yuri mangaka: We love your stories, we care about your work, and we want to see more. Because as queer women in the West, we relate to your art too.

Ana Valens is a freelance games critic and Advisor for FemHype. Her work focuses on the relationships that players build with their favorite characters and worlds. Her writing can be seen on ZEAL, Kill Screen, The Toast, and Bitch Media. She is currently working on a visual novel about body horror and emotional trauma. For more of her writing, check out her Twitter @SpaceDoctorPhD.