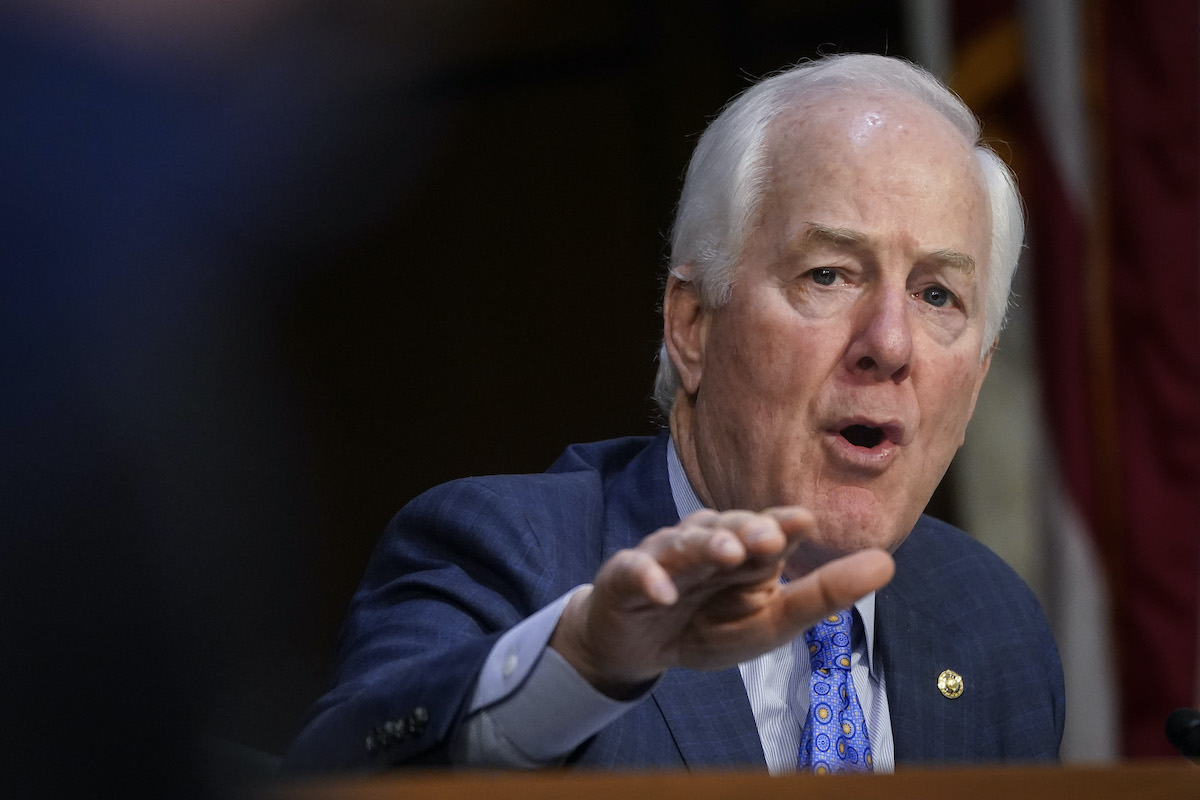 Kristen Clarke is President Joe Biden’s nominee to lead the Department of Justice’s Civil Rights Division, and if confirmed, she would be the first Black woman or woman of color to lead the division since its creation more than 50 years ago. So naturally, some Republicans have big problems with her.

During Wednesday’s confirmation hearing with the Senate Judiciary Committee, Texas’ John Cornyn wanted to talk with Clarke about an article she wrote when she was a student at Harvard. Cornyn was very concerned because in this piece, Clarke listed a number of ways in which Black people are genetically superior to whites. Concerning, no??

No, it’s not. Because the piece, as Clarke explained patiently to him, was satire.

John Cornyn grills assistant attorney general nominee Kristen Clarke about an article she wrote for her college paper, seemingly oblivious to the fact it was satire pic.twitter.com/qMG3LNg2AO

The article in question was a response to the book The Bell Curve, which was co-written by a Harvard professor and had just recently been published. The book explored the racist idea that genetics plays a role in human intelligence.

“As a black student at Harvard at this time, we took grave offense to this book,” Clarke told Cornyn Wednesday. “It was co-authored by a Harvard professor. We did a number of events to speak out against the book, and this op-ed opened with a satirical reference to the statement that you just noted.”

Cornyn isn’t the only person to have an issue with Clarke’s article or to miss the fact that it was satirical. According to the New York Times, Tucker Carlson (of course it’s Tucker Carlson) has run at least six segments on Clarke since Biden announced her nomination in January. On his show, he read Clarke’s list of reasons why Black people are genetically superior, reasons like, “human mental processes are controlled by melanin—that same chemical which gives Blacks their superior physical and mental abilities.”

Carlson did not read beyond the satirical opening.

Cornyn’s questions were bad but he wasn’t the only one to embarrass himself today.

Here’s Tom Cotton absolutely losing it over the request that he let Clarke answer his questions:

Cotton explodes at Dick Durbin after Durbin asks him to allow Clarke to finish her responses pic.twitter.com/Da0PduNtN9

And Mike Lee seemed to genuinely not understand why someone would think things like “the healthcare industry,” “police departments,” and “Airbnb” could all be described as racist. And if the Justice Department is so racist, why/how could she work there?

“Ms. Clarke, I want to read a non-exhaustive list of elements of American society, elements that you have at one point or another described as ‘racist'” — Mike Lee pic.twitter.com/aQazBtjnXE

It seems unlikely that Clarke won’t be confirmed by the Senate, as she’s immensely qualified, but Republicans aren’t going to let that stop them from acting like complete jackasses in the process.