Republicans Spread Fake Photo Of Dr. Ford To Discredt Her | The Mary Sue 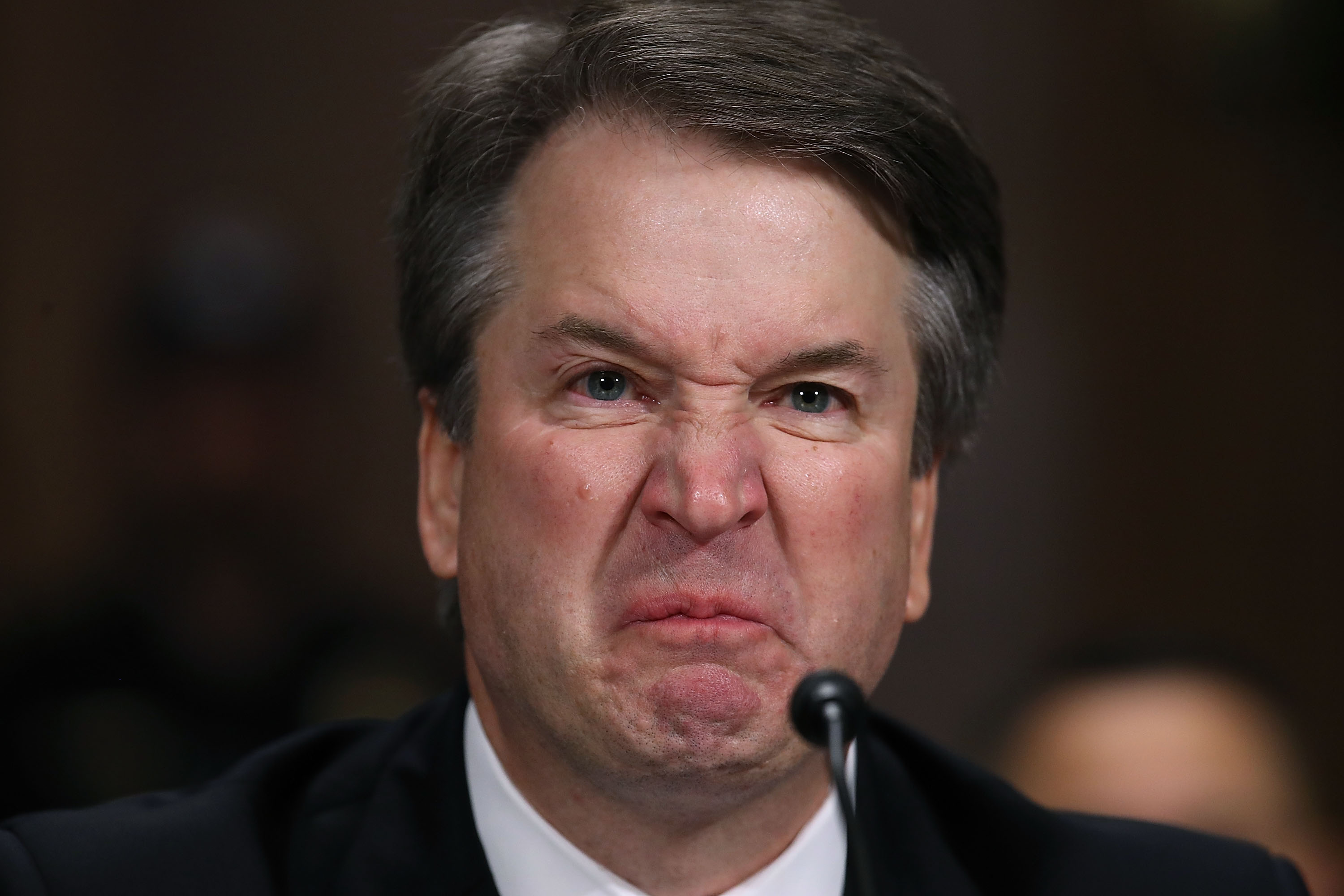 In case we needed a reminder of the completely awful and cruel behavior the Republican party is currently exhibiting, a North Carolina Republican leader shared a fake photo of Dr. Christine Blasey Ford to mock her and imply that she was not attractive enough to be assaulted. When questioned about it, he doubled down on his stance and continued to spout misogyny.

The leader of the Cabarrus County GOP in NC shared this photo to mock Christine Ford.

‘This is the alleged sexual assault victim. Wow’

Democrat and congressional candidate Frank McNeill first drew attention to the post on Cabarrus County Republican Chairman Lanny Lancaster’s Facebook page, where he had shared the photo with the caption “this is the alleged sexual assault victim. Wow.” When the News and Observer questioned Lancaster on it, this was his response:

“Why would a potential congressman be concerned with what a Republican chairman thinks? He appears to be the type of person that will be a troublemaker. To me, him looking at my Facebook page is childish on his behalf. Is he going to be a childish congressman? … I didn’t say anything. I just said this is her picture. Basically, the media is distorting the facts on this lady. Everything she’s said is made up. She has no evidence whatsoever. I support that theory. The media wants you to think she was a beautiful young lady who was on her way home from the tennis courts.…I just wanted you to see the real person. I wanted people to see that this is really her.”

So despite the fact he “didn’t say anything,” he still took the time to make a statement on the record about her appearance and how she must be lying about her experience. There is a lot to go through here, but let’s start with the gross assumption that a woman has to be physically attractive to be a victim of assault.

First off — no. That perpetuates so many gross layers of rape culture and patriarchy that it boggles the mind. A woman’s physical attractiveness holds no bearing on whether or not she will be assaulted. A woman’s worth is not defined by her physical appearance and if men find her attractive or not, and to say that Dr. Blasey Ford was too “ugly” to be assaulted by Kavanaugh is to reduce her worth down to whether men want to sleep with her or not and not Kavanaugh’s own alleged actions.

The dissemination of a fake photo mocking a young woman’s appearance is also terrible, because once more a woman is being reduced down to her physical attributes and treated as a joke because some bottom-feeders on 4Chan decided to dig up this picture and use it as a meme and an attempt to discredit Dr. Blasey Ford. So basically, we’re turning women into a joke and finding more ways to discredit stories of assault and abuse. Oh, and mocking women’s physical appearances. Charming.

This also highlights the distinct lack of empathy in white male Republicans listening to Dr. Blasey Ford’s testimony. If you can listen to a woman bare her soul on national television and relive her trauma for the good of the American people, and then post snide memes about it on Facebook, you are not a good person. There is no other way to put it. These jokes are a sign of a severe lack of empathy and regard for women and anyone they do not agree with, and as a woman, to see these jokes hurts.

It’s time to just vote people like this out of power. This is your daily reminder to make sure you’re registered to vote and to use your vote in November so that maybe something will change for the better.