Where Was Real Discussion of Abortion and Reproductive Rights at the Democratic Debates? 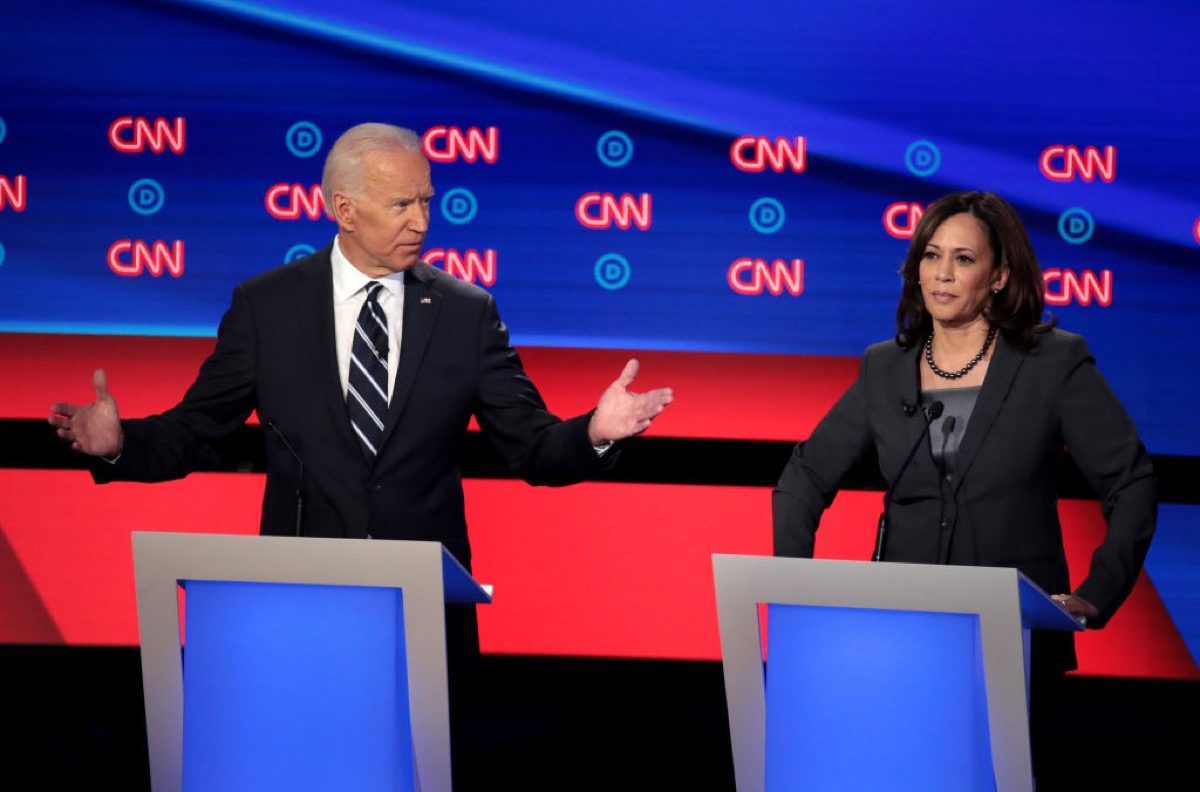 There’s hardly any shortage of colossal human rights and public safety issues that demand attention and certainly deserved more—or at least some—discussion time in the two Democratic presidential debates this week: climate change, gun violence prevention, immigration reform, and family separation. One has to wonder how questions or nuanced discussion about reproductive rights and justice were so deliberately omitted from both debates this week, in light of everything going on.

At the beginning of this summer, Georgia, Alabama, Louisiana, and Missouri all passed variations of laws nearly (or totally) banning all abortions. This was followed by closure of clinics in states like Arkansas; a steady, continued flurry of anti-abortion regulations proposed in states across the country; and most recently, a ban on Title X funding for healthcare providers and clinics offering abortion referrals, leaving thousands of reproductive health providers and millions of Medicaid recipients in a state of limbo.

This week alone saw Louisiana set to enact a law that would require medication abortions to be performed exclusively in clinics, despite the objective safety of taking abortion pills at home. The law is transparently about stigmatizing abortion and obstructing access to it, rather than concerns about safety, and in Missouri, reproductive rights groups formally filed a lawsuit challenging its eight-week abortion ban on Tuesday.

With all of that going on, barring a few passing references to being “pro-choice” by a minor candidate or two, the sole real discussion of reproductive rights came when Sen. Kamala Harris, unprompted, voiced objection to the Hyde amendment, a discriminatory law that bars federal funding from covering elective abortions and disproportionately endangers and threatens low-income women of color’s access to abortion.

Harris and former Vice President Joe Biden shared a brief exchange about his former support for the law, which he walked back earlier this summer, but neither—or any—candidate explicitly said the word “abortion.” The moderators failed to even once ask a question about reproductive rights on both nights, despite managing to have time for a slew of objectively bad questions mirroring misleading Republican talking points about healthcare, deliberately meant to instigate internal conflict among Democrats.

A common response to criticisms of omission of reproductive rights from Democratic debates is that all of the candidates are “pro-choice” anyway, whatever that even means. Supporting a “woman’s right to choose” means nothing without an actual, informed plan, shaped by the voices and experiences of women and pregnant people across the country, to protect and expand access to abortion and reproductive healthcare amid a war of unprecedented scale on our most fundamental human rights.

If CNN or whoever hosts the next Democratic debates can’t think of any questions on abortion and reproductive rights, for starters, maybe they should consider working with more women of color, but here are just a few off the top of my head:

As president, how would you address the proliferation of state anti-abortion laws in recent years, that have forced about 60 percent of American women to live in states recognized by experts as hostile to abortion?

With one in three American women living in states that would outlaw abortion if Roe v. Wade were overturned, what would you do to protect abortion rights on the federal level?

As president, would you pledge not to nominate Supreme Court Justices or federal judges who are opposed to abortion rights? Would you pledge to overturn Hyde and take actionable steps to ensure geographic and socioeconomic access to abortion and reproductive healthcare?

What would you do to address disparities in maternal death rates among white women and women of color?

True, pretty much every major, leading presidential candidate—from Elizabeth Warren and Kamala Harris to Cory Booker, Bernie Sanders, and yes, even Joe Biden—has released a plan or pledge to protect reproductive rights. They’ve pledged to nominate only Supreme Court Justices and federal judge nominees who will uphold Roe v Wade, and Warren, Harris, and Kirsten Gillibrand have been leaders in pledging to take action in response to state-level anti-abortion laws.

But this is an issue that deserves far more oxygen than just a page or two on candidates’ websites; it deserves to take center stage on national, televised debates for all of the nation to hear about.

Reproductive rights comprise a mainstream, existential human rights issue that is as much about morality and bodily autonomy as it is economic enfranchisement and survival. Women and girls comprise more than half of the population of this country, and one in four of us has an abortion before age 45. This can’t be emphasized enough: Abortion and reproductive rights are a mainstream issue, not some fringe, niche, and out-of-touch “women’s issue.” They deserve to be discussed as often as and as relevant to economic issues, and treated with the level of seriousness.

Access to abortion is a critical determinant in low-income women and all women’s economic prospects, especially for the 60 percent of women who have abortions who are already mothers, whose children will suffer if their mothers are denied the healthcare they seek. Abortion is also an issue of public health and survival: The United States’ maternal mortality rate is the highest in the industrialized world, and unlike nearly every industrialized nation, this rate has only increased in recent years, in tandem with an increase in state-level, restrictive abortion laws.

Incidentally, research by the Center for Reproductive Rights has shown that states with more restrictions on abortion also have higher maternal death rates. Across the board, black women are 243 percent more likely than white women to die of pregnancy or birth-related causes.

The one, scant positive to elections and politics being treated as reality TV by American news media is that there will be plenty of debates in the future, and with these debates, plenty more opportunities to finally and publicly engage discussion of this issue for all American voters to see. Let’s just hope news media actually takes these opportunities, and if not, that candidates will take a page from Harris this week, and Gillibrand at the first debates, and bring up this issue—whether or not they’re asked about it.